Belgrade, the NY of the Balkans

History, museums, designers and clubs… the city that never sleeps!

Dear friends J many of you have followed my Stories on Instagram and Facebook and witnessed my enthusiasm for the six days I spent in Belgrade, one of my most incredible vacations. Get ready to read a pamphlet, because I tried to summarize as much as possible, but it’s really hard!

First of all I’d like to discredit a myth many people have about this city; the war ended years ago and Belgrade has flourished since. You’ll definitely not find a poor and destroyed eastern city here!

Belgrade/Beograd, the white city. It’s called like this because there used to be a fortress of white walls where now we find the Kalemegdan stronghold, at the time of the arrival of the first Slavic tribes: Belgrade has 1 million, 300 thousand residents and it’s really huge (there are only 7 million people in the whole of Serbia).

Beograd was destroyed many times (140, they told me… I think that’s what they said) in the endless fight between Turks and Austrians, West and East. I heard its story from Alexandar, a wonderful guide of Balkan Travel Centar; it’s one of the oldest cities in Europe, there are traces of Neolithic and Celtic settlements. The tour I took with Alexandar started from his office, which is right behind the square of the Republic, Trg Republike, (the heart of the capital that is now undergoing some restyling); here they have the National Museum (which is really beautiful): three floors that collect everything from Neolithic exhibits to antique coin collections; on the first floor they have Serbian art, while on the last they have wonderful paintings from international artists like Tintoretto, Monet, Van Gogh and many others. You’ll be mesmerized! 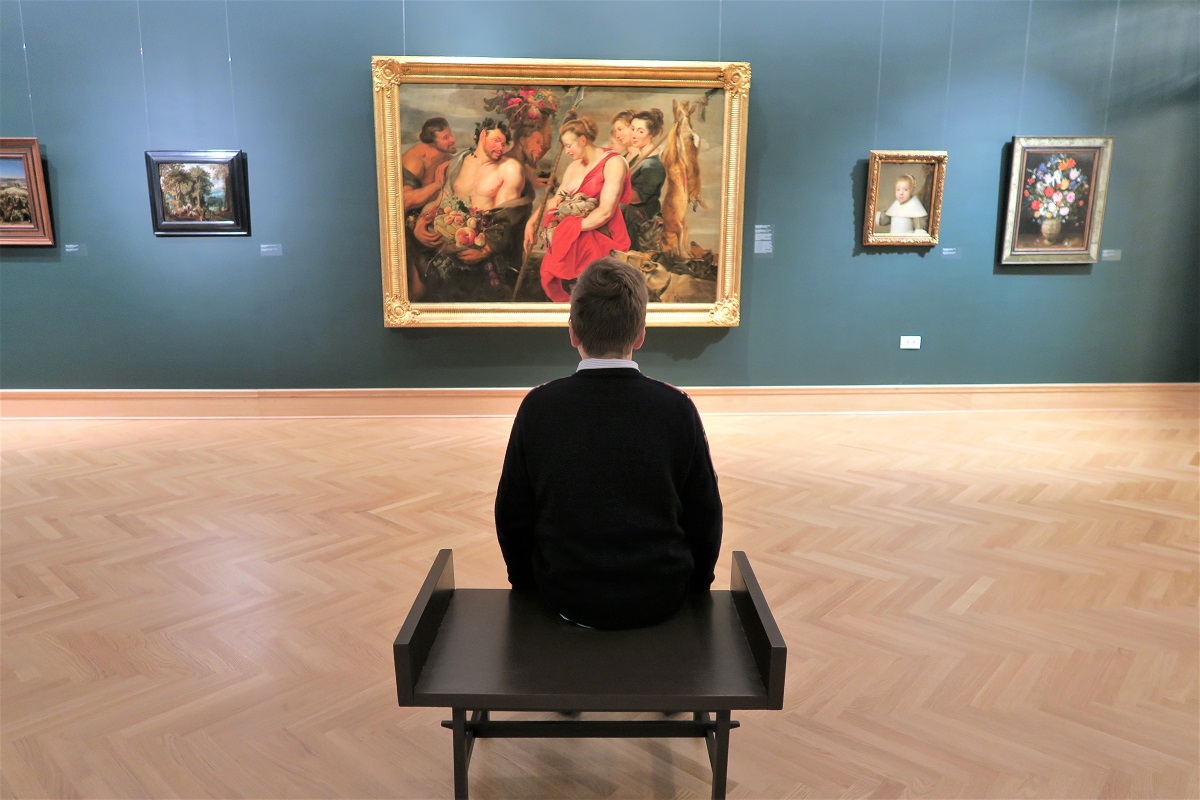 In the same square you’ll also find the National Theatre, famous for being the only one open during the Nato bombings in 1999. It also offered tickets at the price of 1 Dinar! You should also visit the History Museum where they have an exhibition about the end of the First World War which costs only 2 Euros; it’s an interactive exposition with many photographs which is perfect for children too.  Giovanni, who loves military history, was very interested!

But let’s get back to my guide, Alexandar. We left his office and walked down the main road of Knez Mihajlova (where there are many shops and the air is filled with Balkan music played by the street artists) and reached a shopping centre, almost at the end of the road, right next to the ruins of the old roman road, the “Via Militaris” which used to continue all the way to Constantinople (Istanbul). In front of the Kalemegdan fortress you can see the monument of Gratitude to France, built by the artist Ivan Meštrović to express the Serbian feeling towards their allies in the First World War, especially for the help they gave the Serbian soldiers who survived the long march over the Albanian mountains to Durazzo. It’s being renovated at the moment.

As we walk along the wall, Alexandar tells us that the first defences built for the city of Kalemegdan, which in Turkish means “the field of the castle”, date back to the Celts, and lasted until the Roman settlement of Singidunum, the Roman name for Belgrade. What we see today though is mostly from the XVIII century, when the city was rebuilt by the Austrian- Hungarians and after that by the Turks. It was the Austrians who built a very deep well (60 metres) which is very similar to the Saint Patrick well in Orvieto; along the well there are two staircases, one going down and one going up, which used to be used for cattle. The water in the well actually comes from the river! From here you can see the Sava river converge into the Danube.

Sava Novi Beograd is the most modern neighbourhood, with a very socialist style; stop below the statue of the Pobednik, 14 metres high. Initially it was placed in the centre, but the residents complained because it was naked and therefore indecent; it was then placed slightly out of the centre and facing east (from where the invaders came). Over time it became a symbol (it has a hawk in one hand, a symbol of invincibility and a sword which is a symbol of fighting spirit) that is good luck for couples: according to tradition, if you kiss in its shade you’ll always be happy  🙂 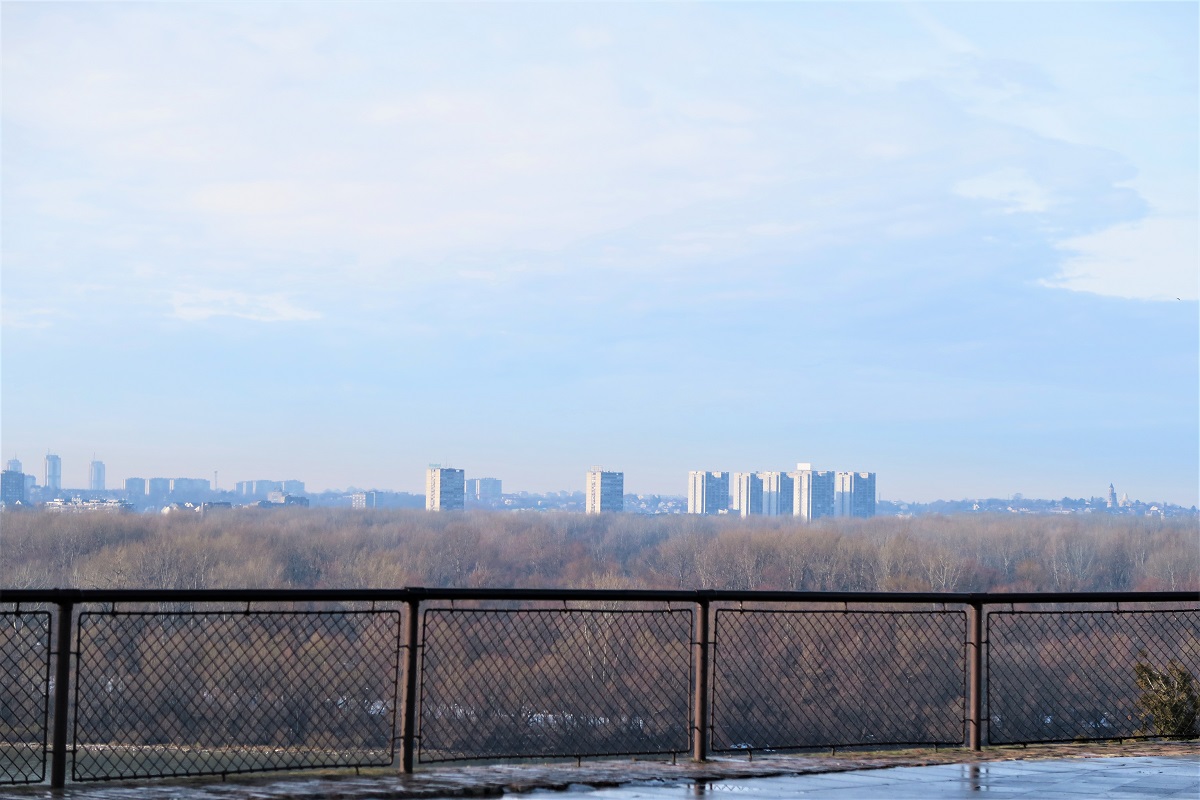 In Kalemegdan you can admire a great number of war relics, from the German 88 to the small Italian tank defined as “sardine box”, as well as an infinite number of relics in between the walls and in the Museum! 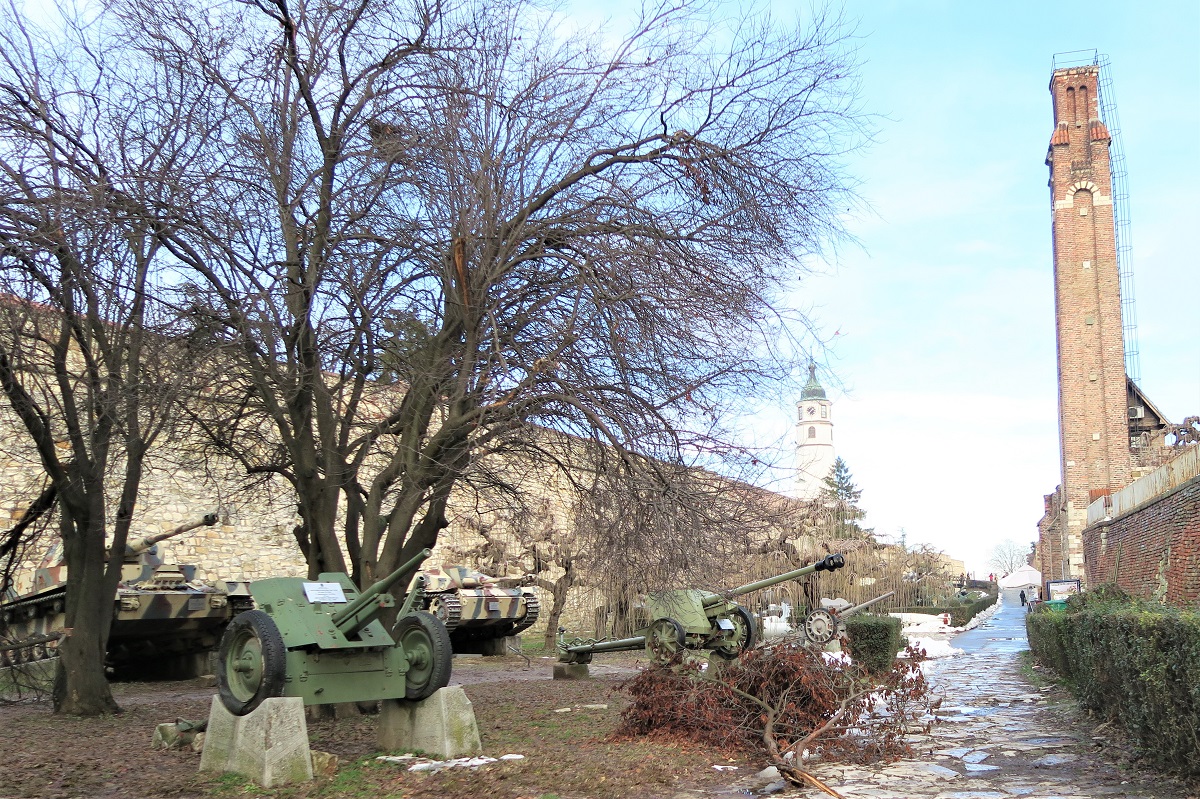 Right outside the Kalemegdan there’s the Belgrade zoo which also has a small amusement park for children. I didn’t have enough time to visit it! 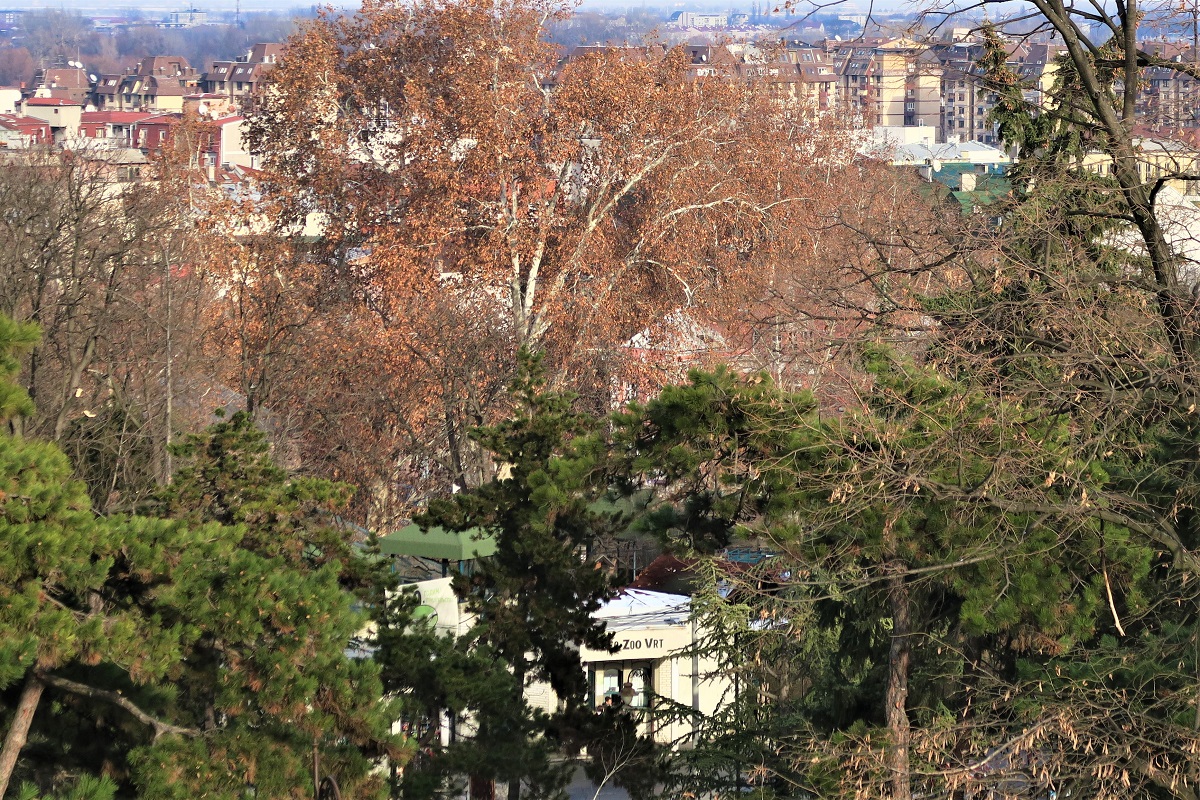 Next I suggest you take a long walk along the main road. You should definitely stop at the Moskva hotel, an Art Nouveau wonder, opened in 1908, where many celebrities stayed over the years and that resembles a castle, with two majolica crests. It’s the perfect place to stop for a nice hot chocolate with whipped cream and a pastry, and to enjoy a little piano music before you get ready for the next walk towards the Cathedral of Sveti Sava.

From here you can also see the Sveti Sava temple, with its green domes and travertino marble. They told me it’s the largest orthodox building in the world. Another curiosity? The building work started in 1906 and still hasn’t been finished because they’re subsidized with the contribution of tourists and supporters. You can also visit the crypt which is beautiful! The next place to visit is just a short walk away, the Nikola Tesla Museum where they have free guided tours every hour; it’s not a huge museum but you can also  watch or take part in some experiments! The only inconvenience is that it’s quite small and can welcome only 65 people at the time… if you’re not up front it’s hard to see everything! 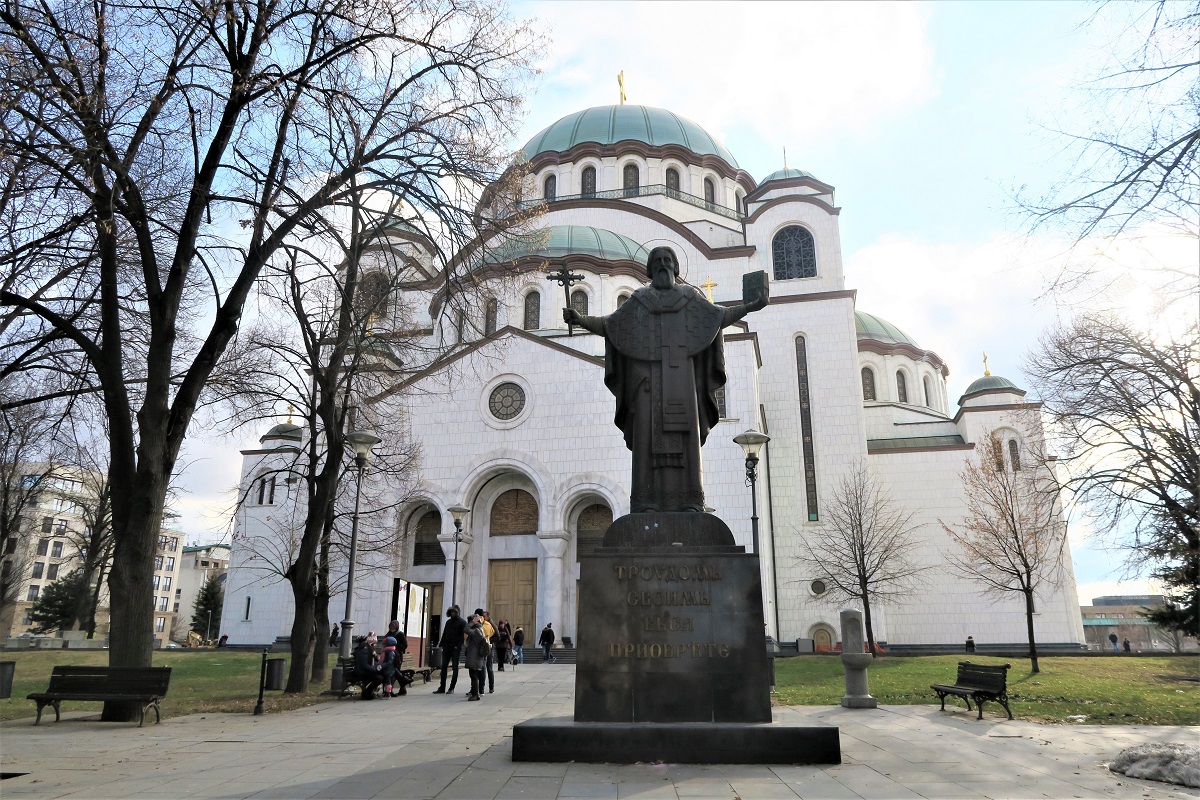 As you return towards the centre have a look at the classic Parliament building, it really beautiful! 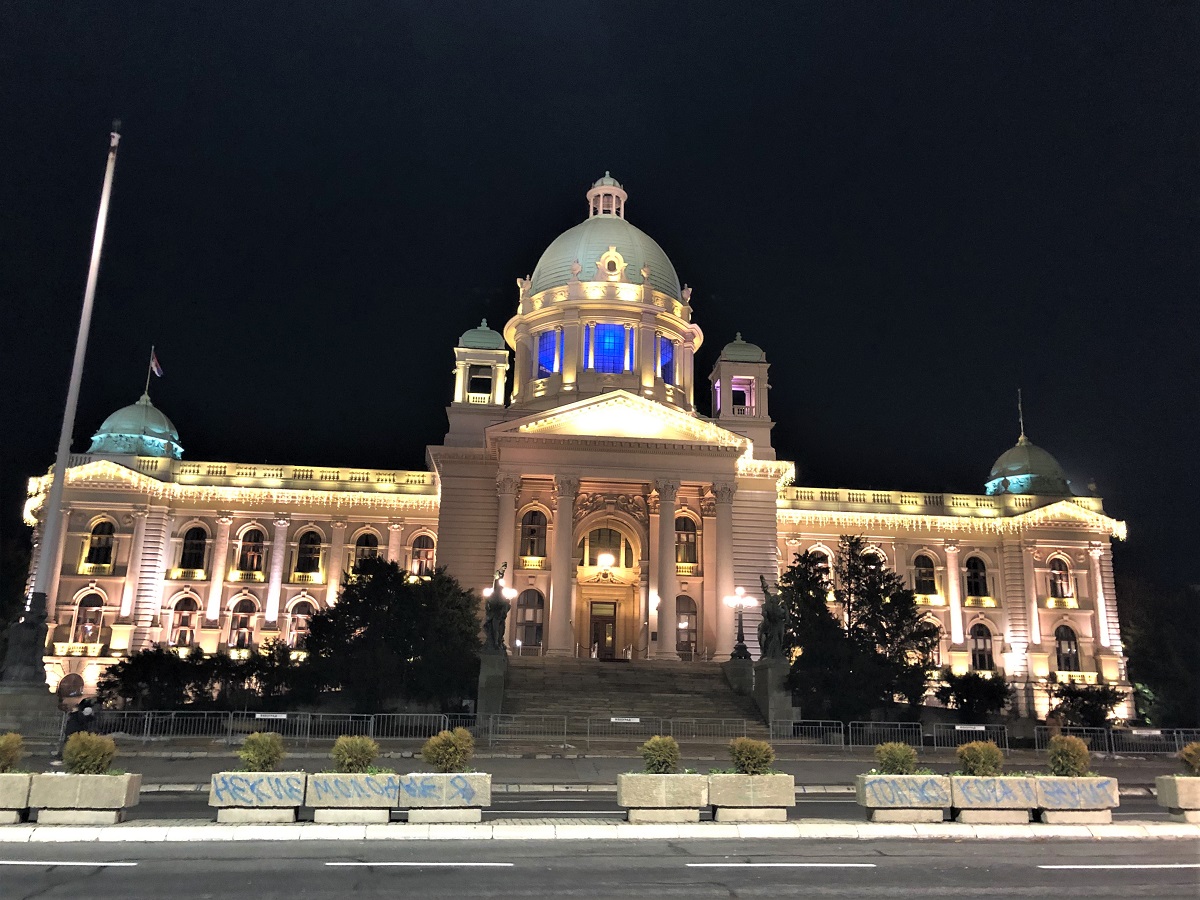 THE AREAS YOU HAVE TO SEE

The Savamala neighborhood is known as the “cultural district” with liberty hotels, warehouses and workshops, bars and clubs. A refuge for street artists where industrial buildings have been reconverted, like the Balkan Design Store; next to it there is the Mikser House, a multicultural space for experimental and visual arts, photography, theatre and music.

This area, on the right side of the Sava river, is now being transformed thanks to a large city plan, sponsored by the Serbian government but financed by Mohammed El Abbar, an Arab sheik from the United Arab Emirates, who would like to transform it into a sort of small Dubai. The project is called “Belgrade Waterfront” that plans to build apartments, offices, the largest Balkan shopping center, schools, theatres, medical facilities, parks and gardens, luxury hotels and a marina, everything overshadowed by a spectacular 180 meter tower, the Belgrade Tower. It will take them quite a few years to complete it and a total investment of 3 billion Euros!

If you enjoy shopping, don’t miss Knez Mihailova, a pedestrian street with many shops and market stalls. Here, right at the beginning of the street (number 5), you’ll find a small gallery with the work of local artists Katapult where Giovanni bought some lovely bow ties and ascots made in fun Tied Up fabric. 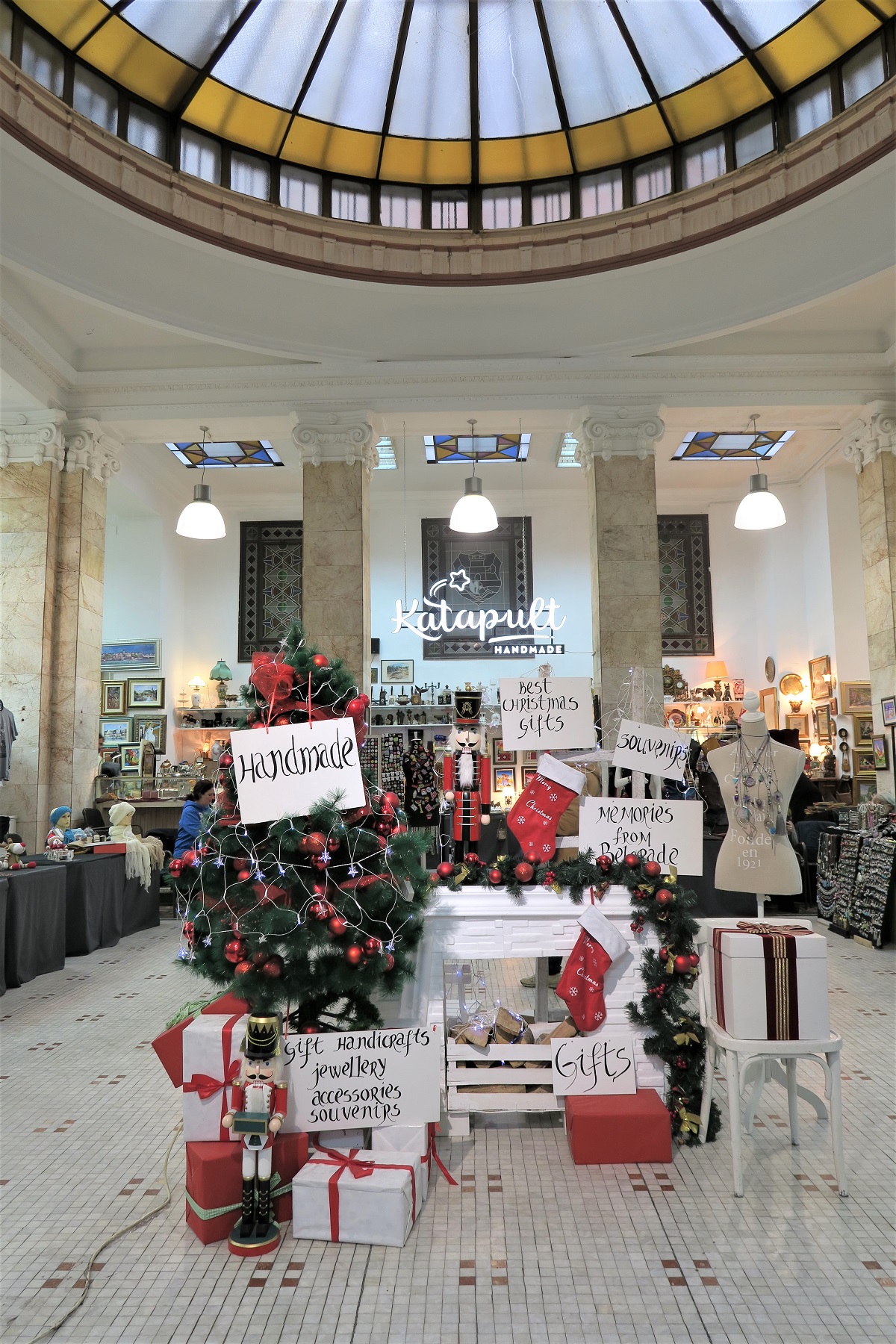 You have to visit the Belgrade Design District, an oasis of fashion and style which developed in a building from the 1990s which fortunately didn’t fall into disrepair; here there is a group of small boutiques, where you’ll find local jewelers which I was really fascinated by… I stopped by on an evening in which they were throwing a new York city style party! I liked the leather, wood and metal accessories made by Svetlana Vukov, admired the different objects of Atelje & Alternativa where I bought a lovely hand-made handbag by the designer Novi Sad Jelena Rodic, I admired ecstatically the handmade sandals and boots with bright colors by Magdalena K and browsed through the ceramic work in Gallery 1250°

That’s not all! I also loved the exceptional clothes with modern fabric designed by Vesna Kracanovic  as well as the handbags, shoes and jewelry of the creative Budislava Kekovic . I also loved the jackets made by Dejanamo  with incredible geometric styles, and in the same boutique I discovered three incredible emerging artists: Dino Puljic  Ivana Vorguca with her woolen sweaters (you can send the photo of the model you’d like, choose the color and size and she’ll reproduce it)  and Nikola Velickovic

I even saw Zana Pantelic  at the party, a well known YouTuber from Belgrade!

But now lets go to Kosančićev Venac, a neighbourhood where you’ll find 14 designer shops all grouped together. INCREDIBLE. 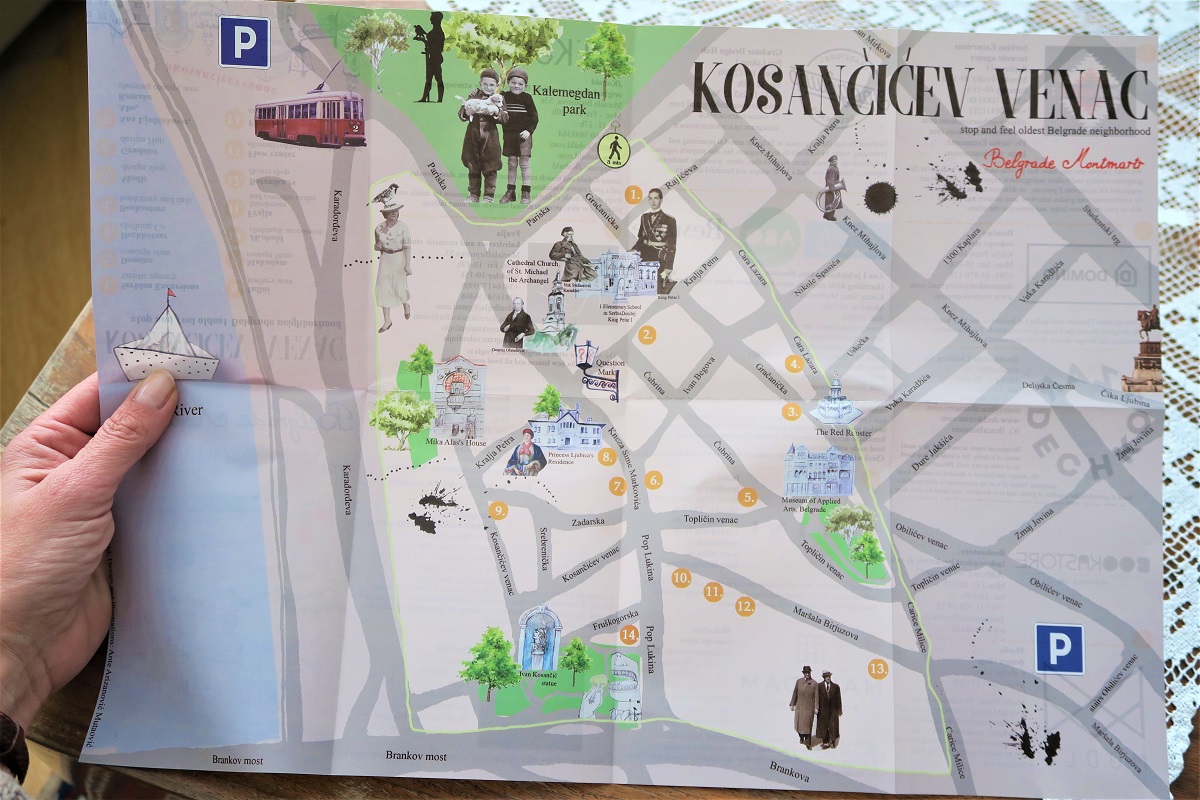 They even have maps on which they clearly show all destinations and the complete tour. What do you think I did? I went straight to discover the extravagant stylist Ana Ljubinkovic and I also found the shoe brand ABO  which are all hand-made in pastel colors; I also found the lovely ceramic work of Remake

On the other side of the river, a little distance from the centre, if you cross the new part of Belgrade you’ll reach Zemun, which is the area where the Save river runs into the Danube; small colored houses will guide you along small twisting roads that head up the hill where you’ll find a tower built by the Hungarians in 1896 (the view from here is incredible!) You’ll also find a small Orthodox church in baroque style from 1752 which points out from the red roofs of the city. 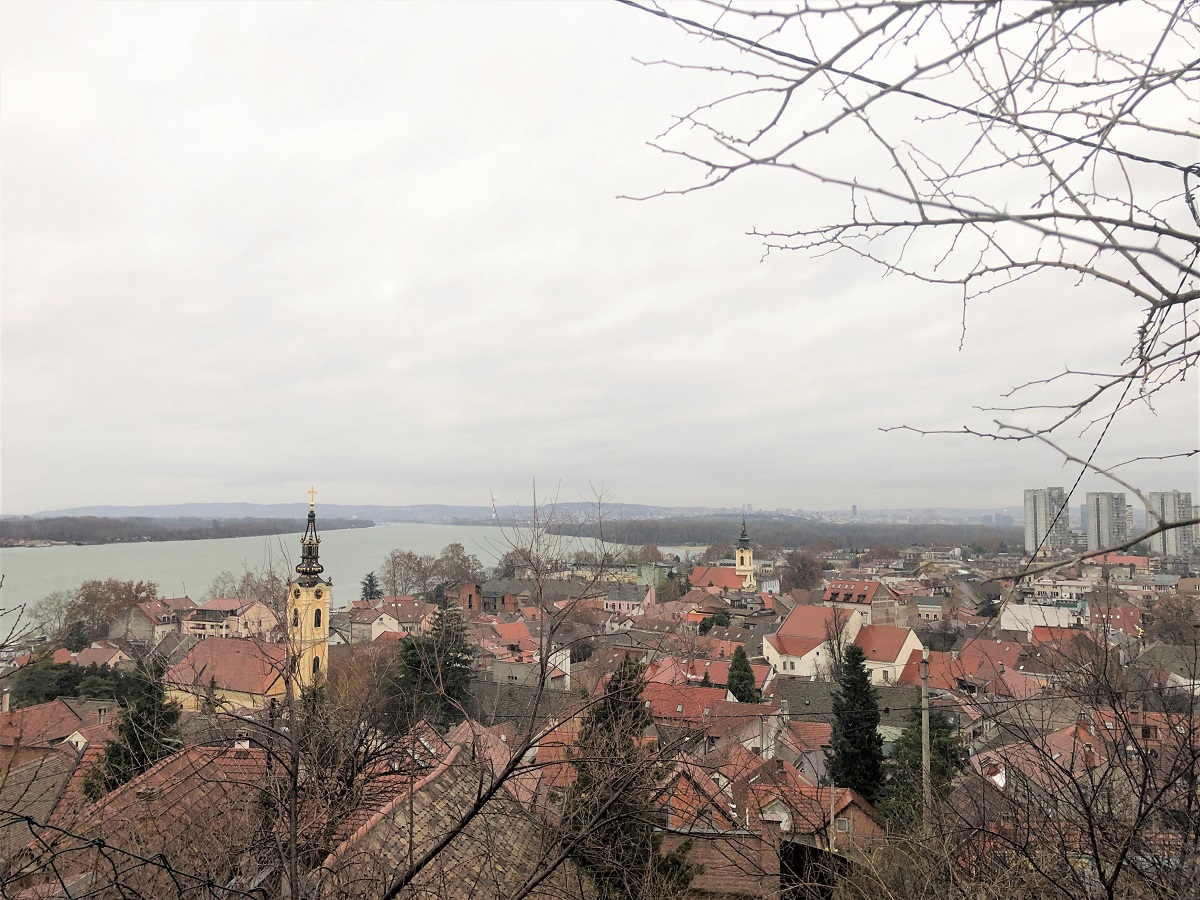 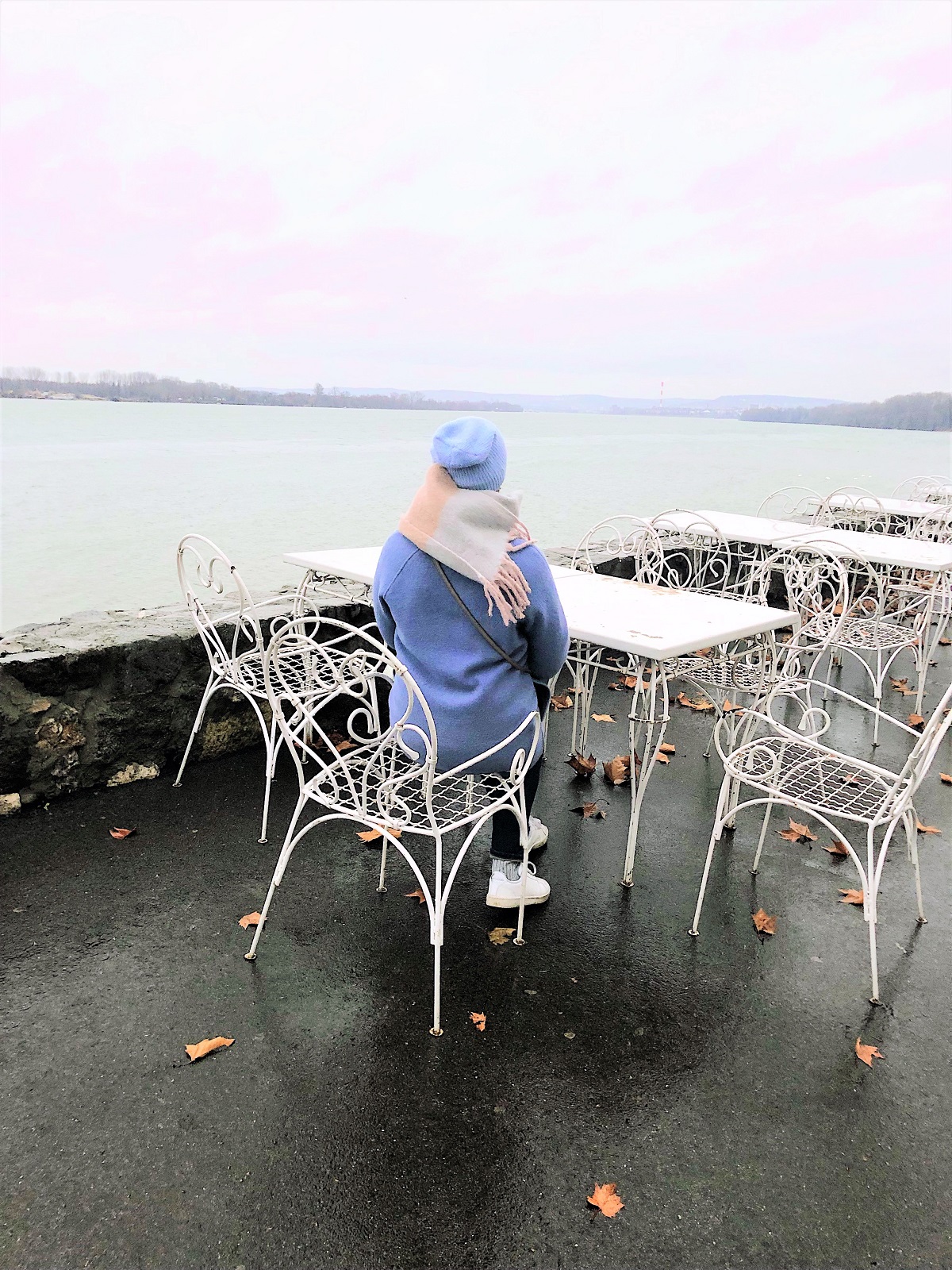 A few good places to stop in Zemun? One is the Cafeteria Gardos a sort of Hansel and Gretel house where you can stop for a drink.

If you feel like something sweet I suggest you visit the small Gospodja Mirkov where the smell of freshly baked biscuits will make your mouth water, and don’t forget to take a look at the hand-made hats at Sesiri Aleksandar  because I’m sure you’ll love them!

Balkanska, know as the street of the hatters, is also very particular, where they have lots of shops that sell hand-made hats, a tradition of the old Belgrade. Two followers of mine suggested I stop here, Jelena  who gave me incredible suggestions and that also got me a special Christmas present from Rossano Ferretti ( a treatment in one of the fanciest beauty salons of Belgrade) and Nikola Milovic  who actually came to pick me up and took me on a tour to discover some of the hidden corners of the city (a tour filled with the most interesting stories).

I think that’s more than enough for today. You’ll have to wait for the next article to know how the rest of my fabulous holiday went! See you soonJ 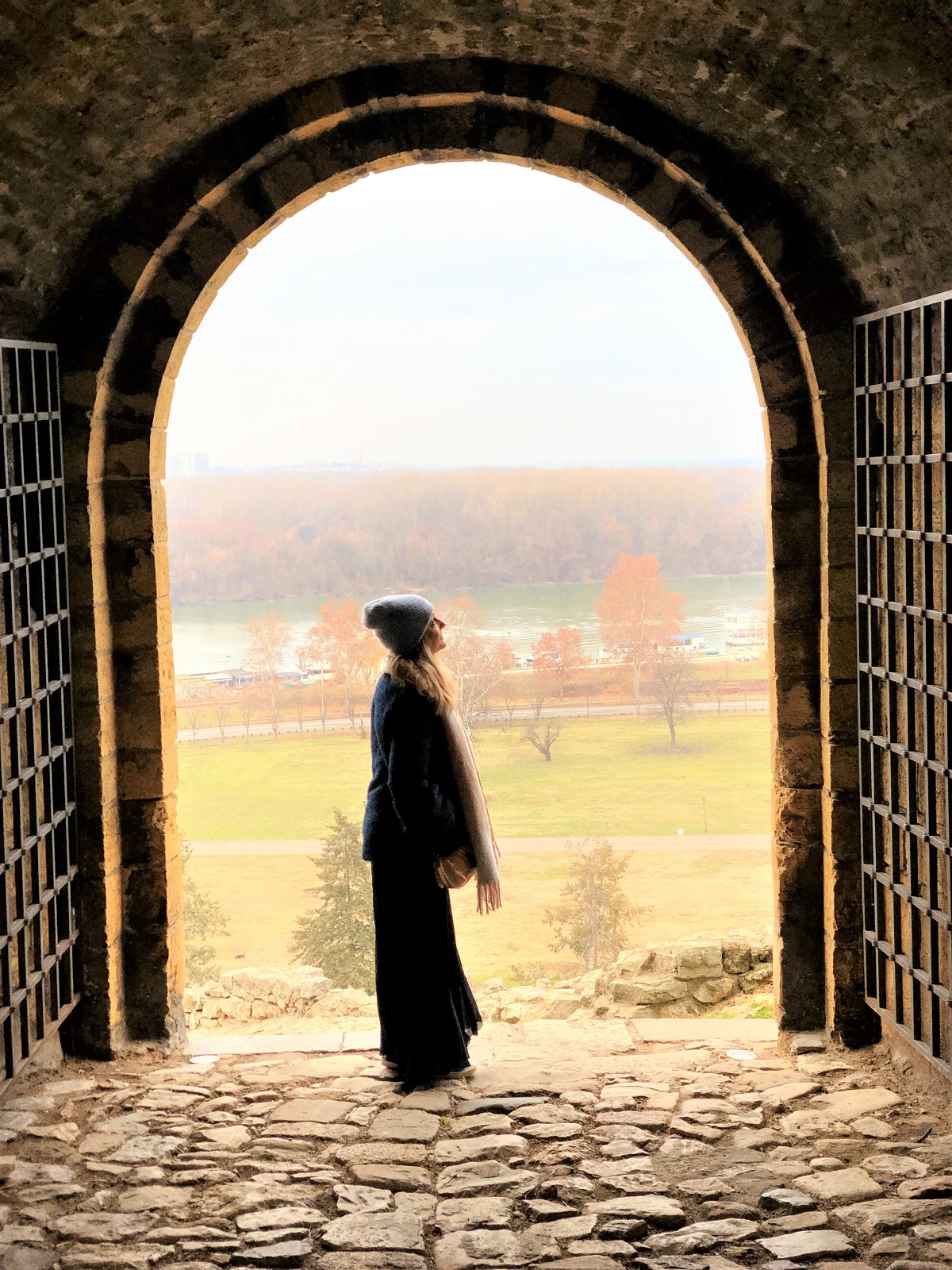 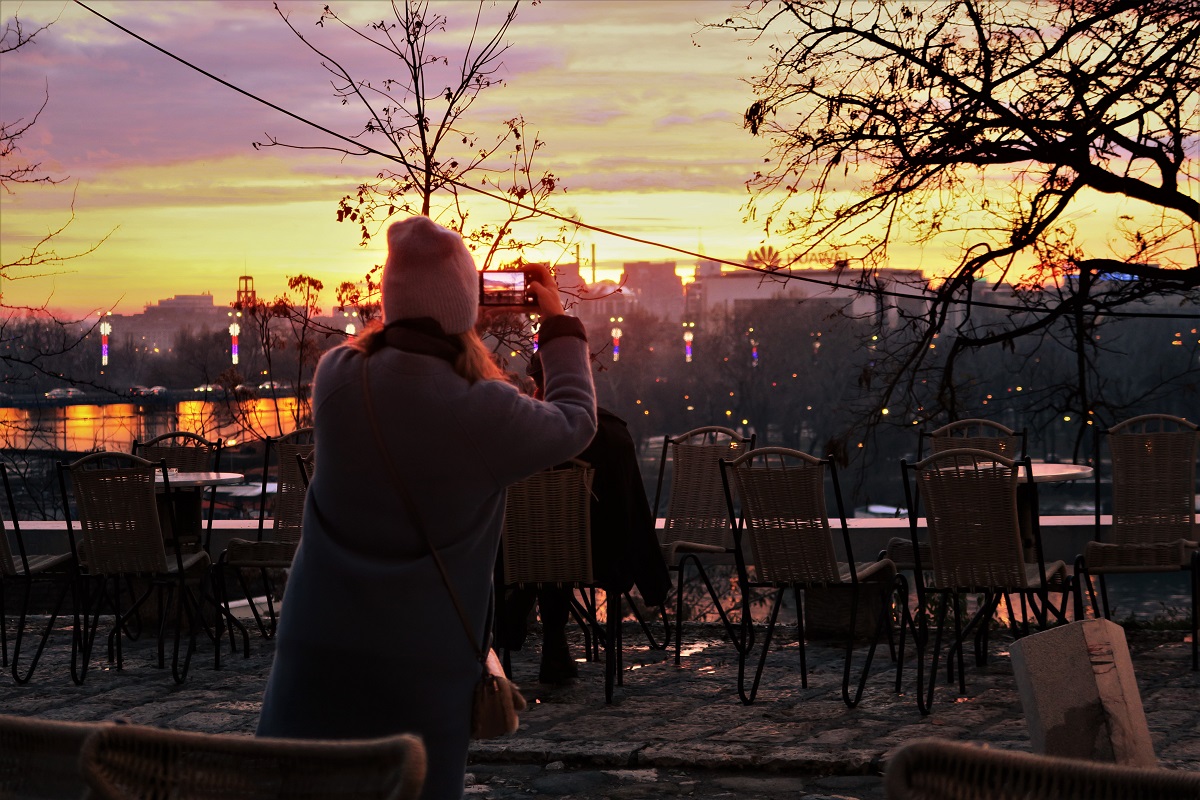