What you can’t miss according to Miss Claire!

I was lucky enough to spend three days in Zagabria for the opening of the Christmas markets, a wonderful show I told you about in the previous article (if you missed it, here it is: https://www.missclaire.it/travel-eng/zagreb-the-most-colourful-christmas-market-in-europe/ )

Today I want to tell you a little about all the things you shouldn’t miss in the Croatian capital. Are you ready? Remember these tips because they could come in handy :-p

I’ll start from the basics by telling you that Zagreb is divided into three areas: the part on the hill (which was once divided in two cities, Kaptol and Gradec), the lower part and the new part. The two towns of Kaptol and Gradec were united into one city at the beginning of the 17th century and became Zagreb. 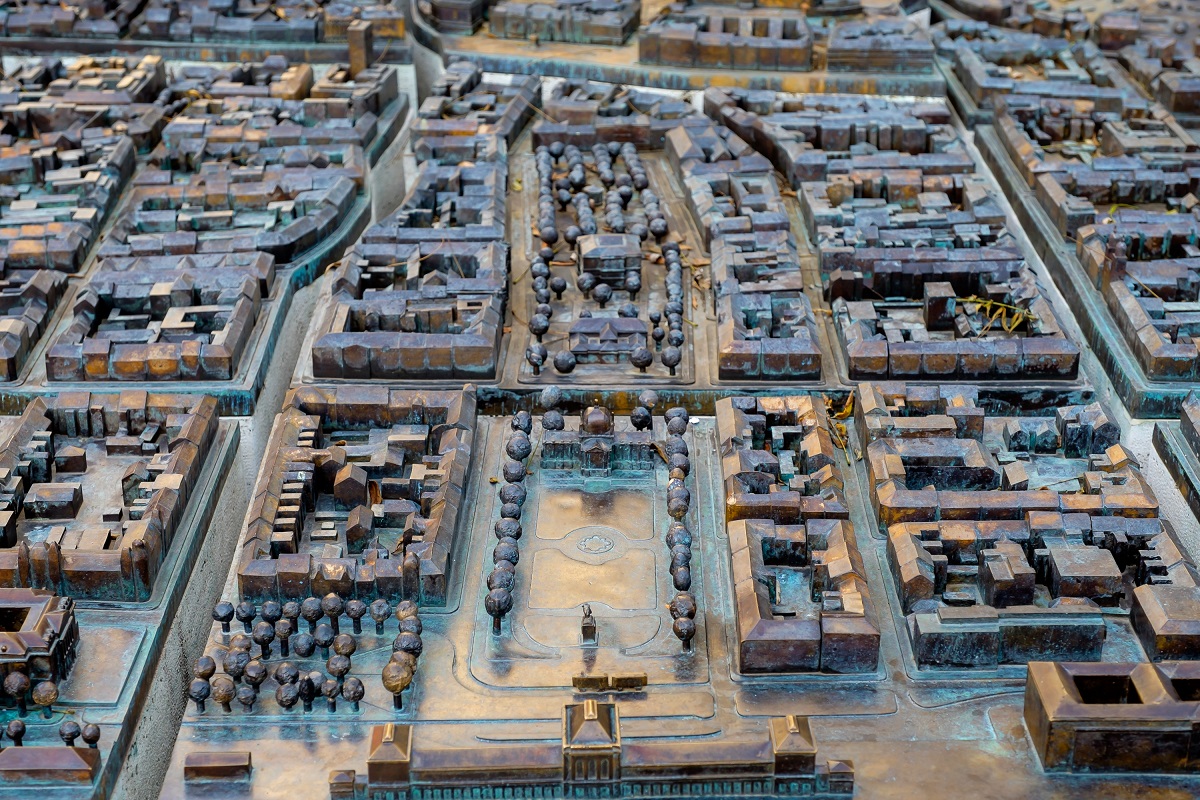 In 1899 the river that divided the two town was covered over and turned into Tkalčićeva street, which today is a lovely road filled with restaurants and clubs, perfect places to stop for a drink.

The locals fill the road on a Saturday, and from 12 to 2 pm it’s almost impossible to find a table for a “špica” from the german word “spize”), which is a quick lunch, snack o just a coffee shared with some friends…the perfect moment for a little gossip J

If you want to get into the local routines the first thing you should do is visit the Dolac market to shop for Sunday’s family lunch (a very important tradition, even for the younger generations).

And if you feel like walking around surrounded by some nature, don’t worry. The Croatian capital is surrounded by gardens that start from the main square and go all the way round to the train station and end by the theatre; there are 8 gardens, all of them very elegant and clean.

After this short introduction, I’ll get on with the proper tips. I’ll divide the article in two parts, just to give it a little more suspense 😛

I’ve never said this before but having a proper guide is the best way to discover any city.

Just three hours will be enough to get to know the city, its history, habits and hidden secrets. My chaperon in this adventure was Martina, who spoke perfect Italian, as well as English and French. I strongly suggest her…here’s her contact  www.privateguidezagreb.com – info@privateguidezagreb.com 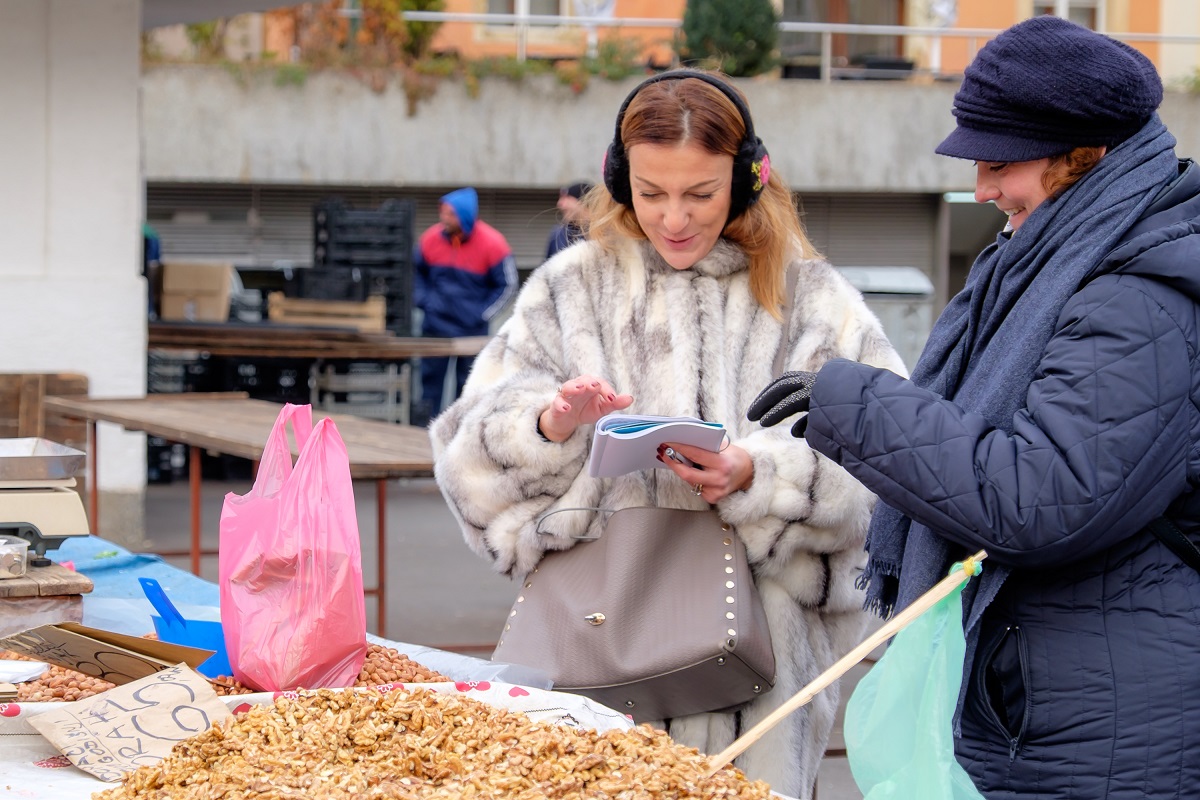 With this card you can use all the public transport, as well as access some museums, and get discounts in many restaurants, bars and shops. 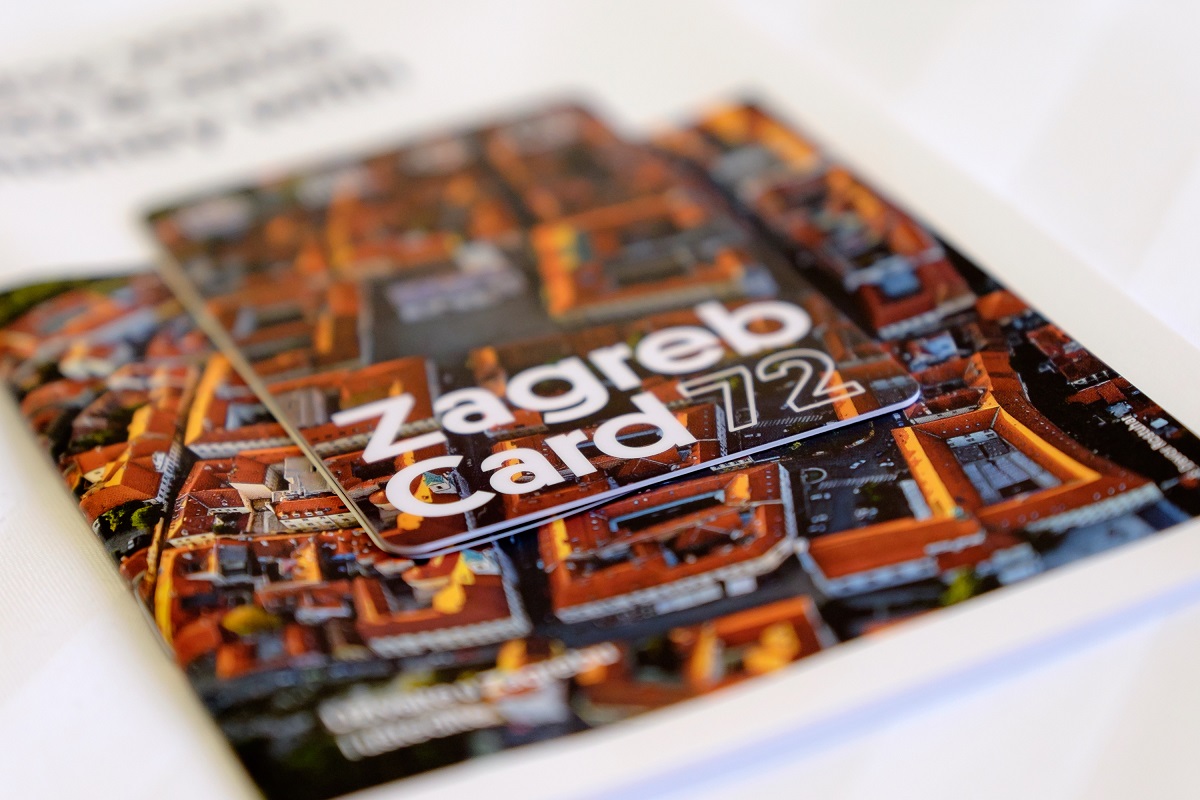 I should write an entire chapter about this because Zagreb’s classic and neoclassic buildings are lots and all very fascinating. But I can’t write an entire guide book so I’ll keep to the best spots.

The first thing you’ll notice as you look up are the tall spires of the Cathedral, that with their 108 metres are the tallest in the country. The Cathedral was built in the 13th century and was renovated by Hermann Bollé in 1880 in a neo-Gothic style after it was damages by an earthquake. The glass windows from 1880 are outstanding and original, and have never been changed.

And if you look you up towards the ceiling you’ll see one of the oldest organs in South-eastern Europe, with 6680 pipes you’ll feel your insides vibrate! 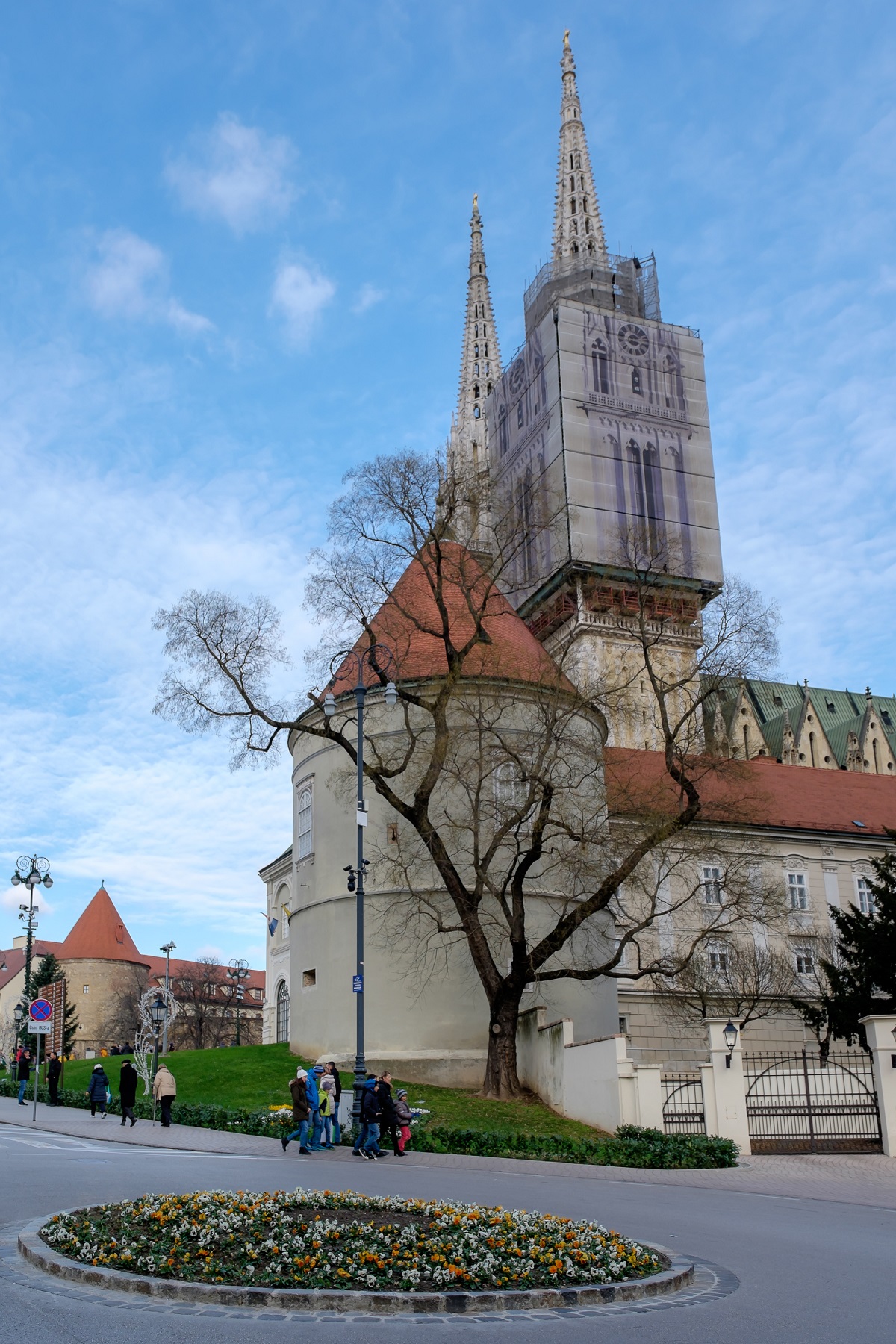 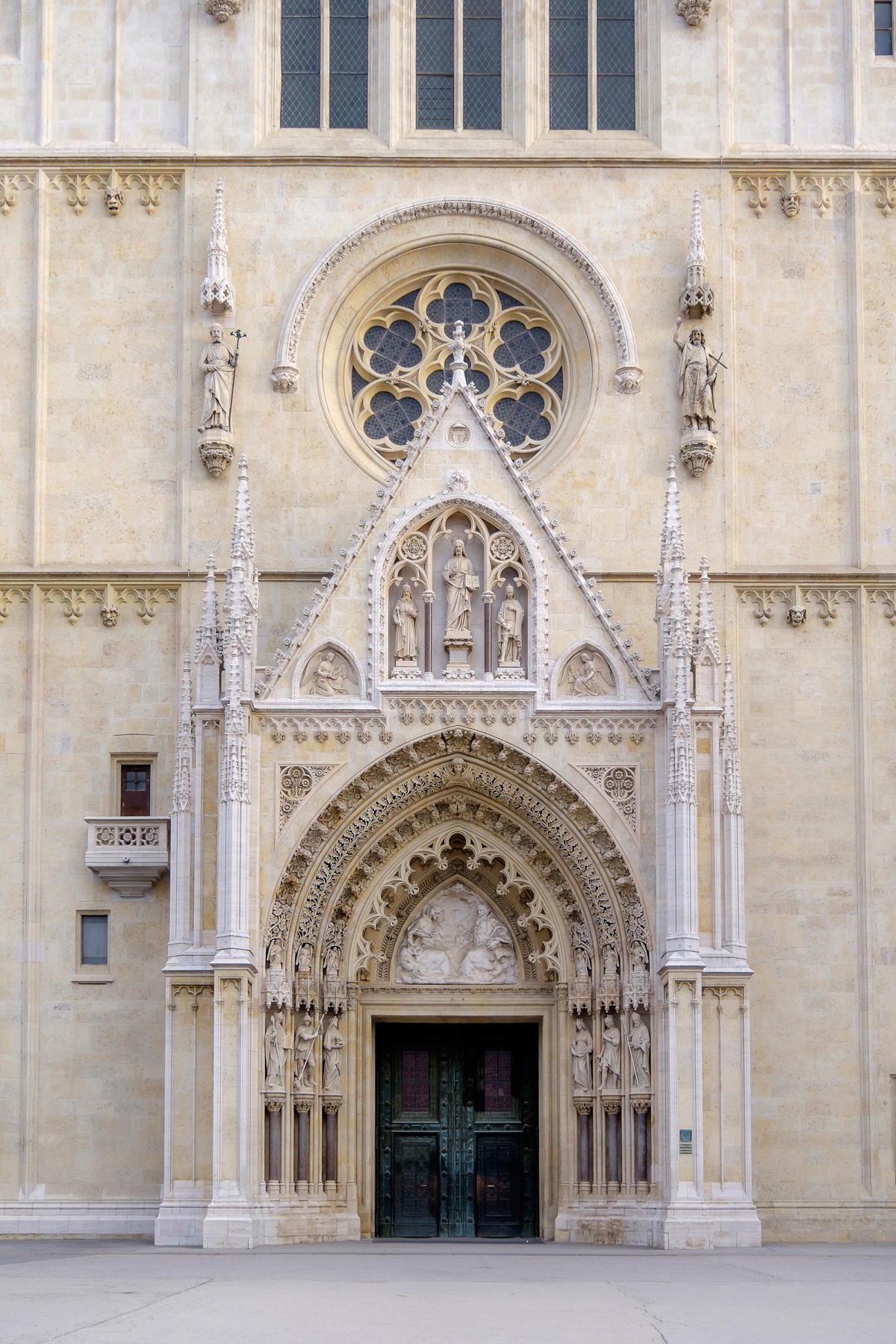 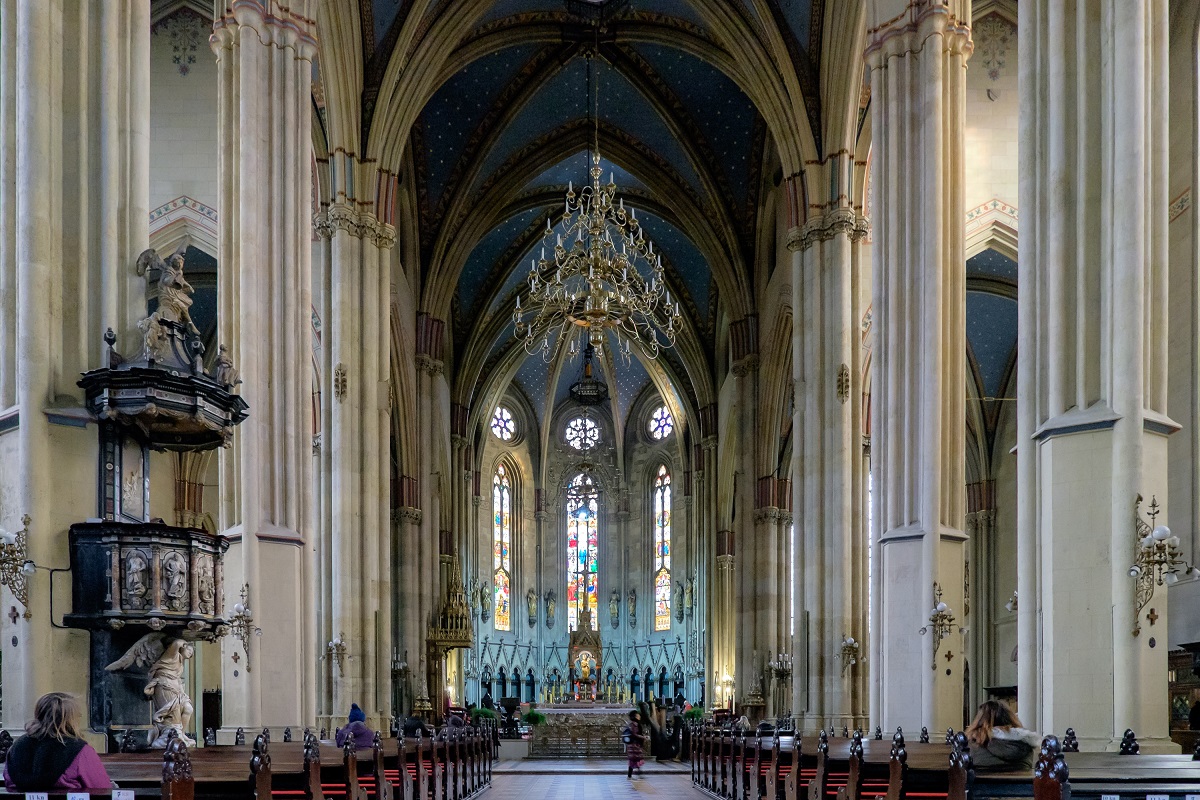 I’ve already mentioned the next stop, the Dolac Market. I suggest you stop by even if you just want to have a look around! In these stalls you’ll find fresh products straight from the farmer, a unique souvenir; I only spent 7 euros and left the market loaded with bags of delicacies 🙂 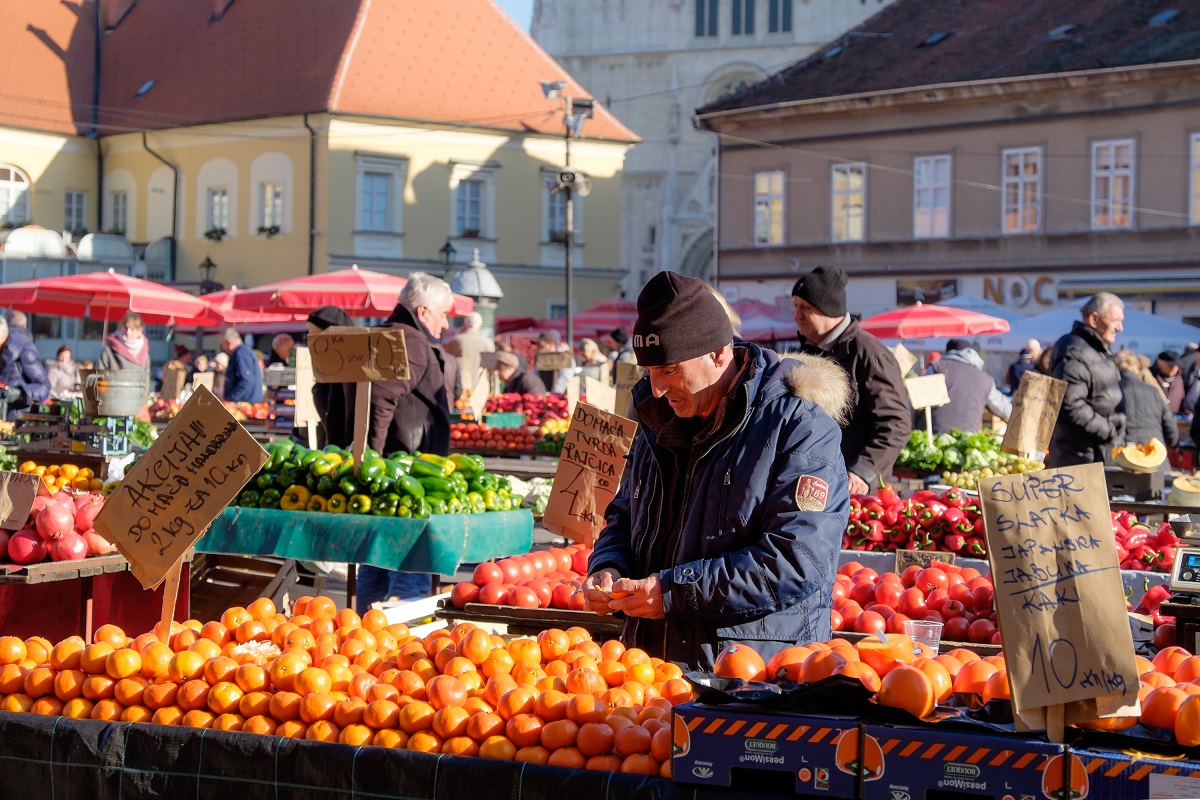 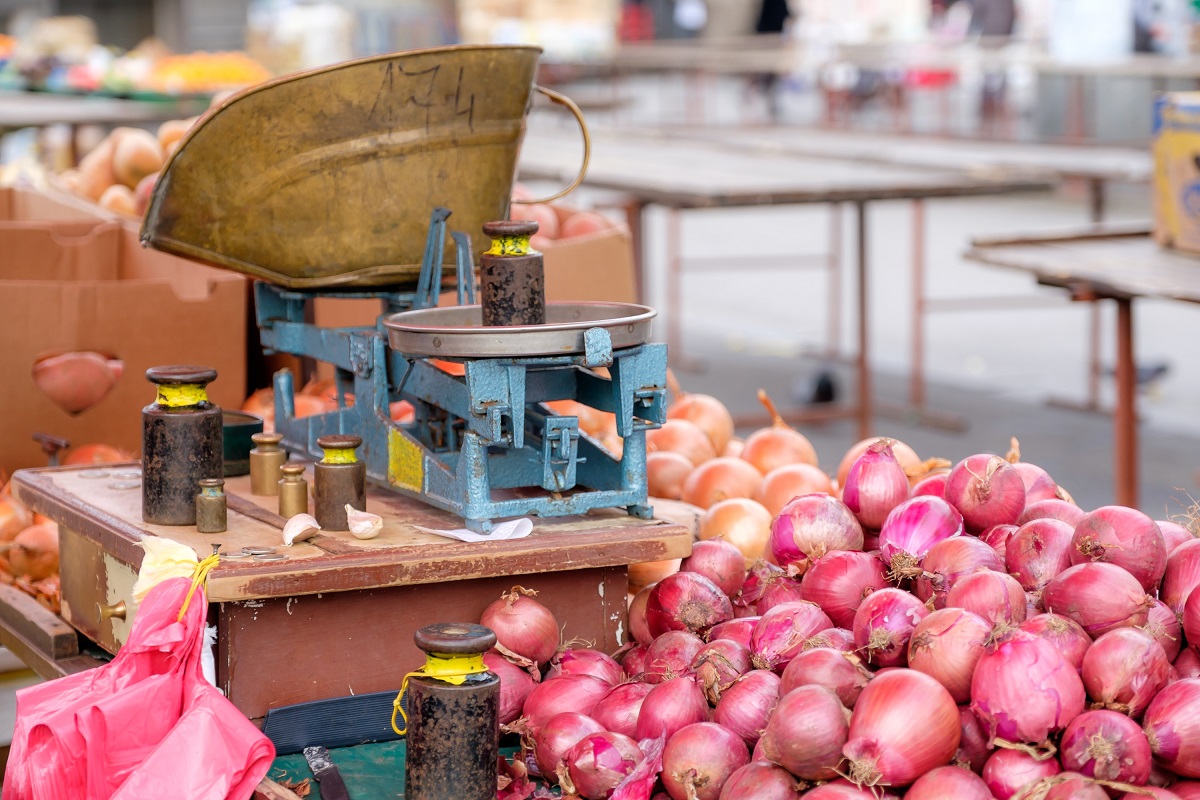 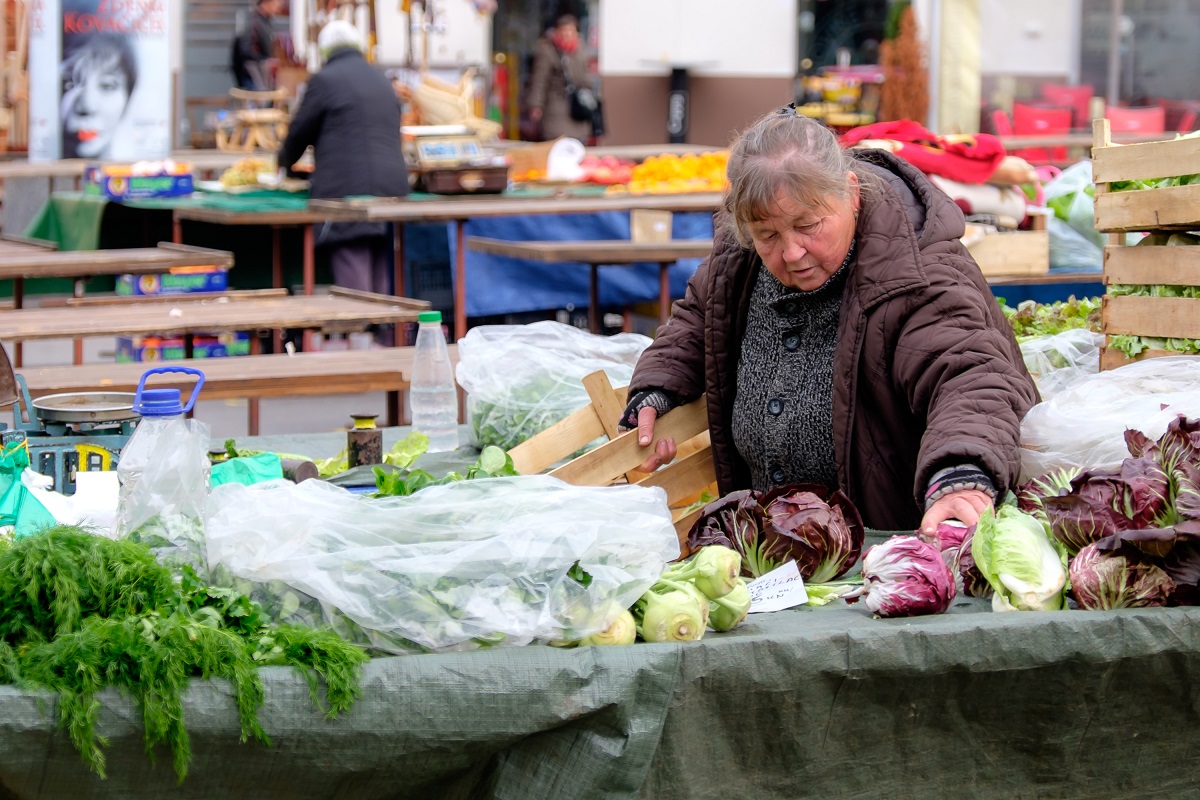 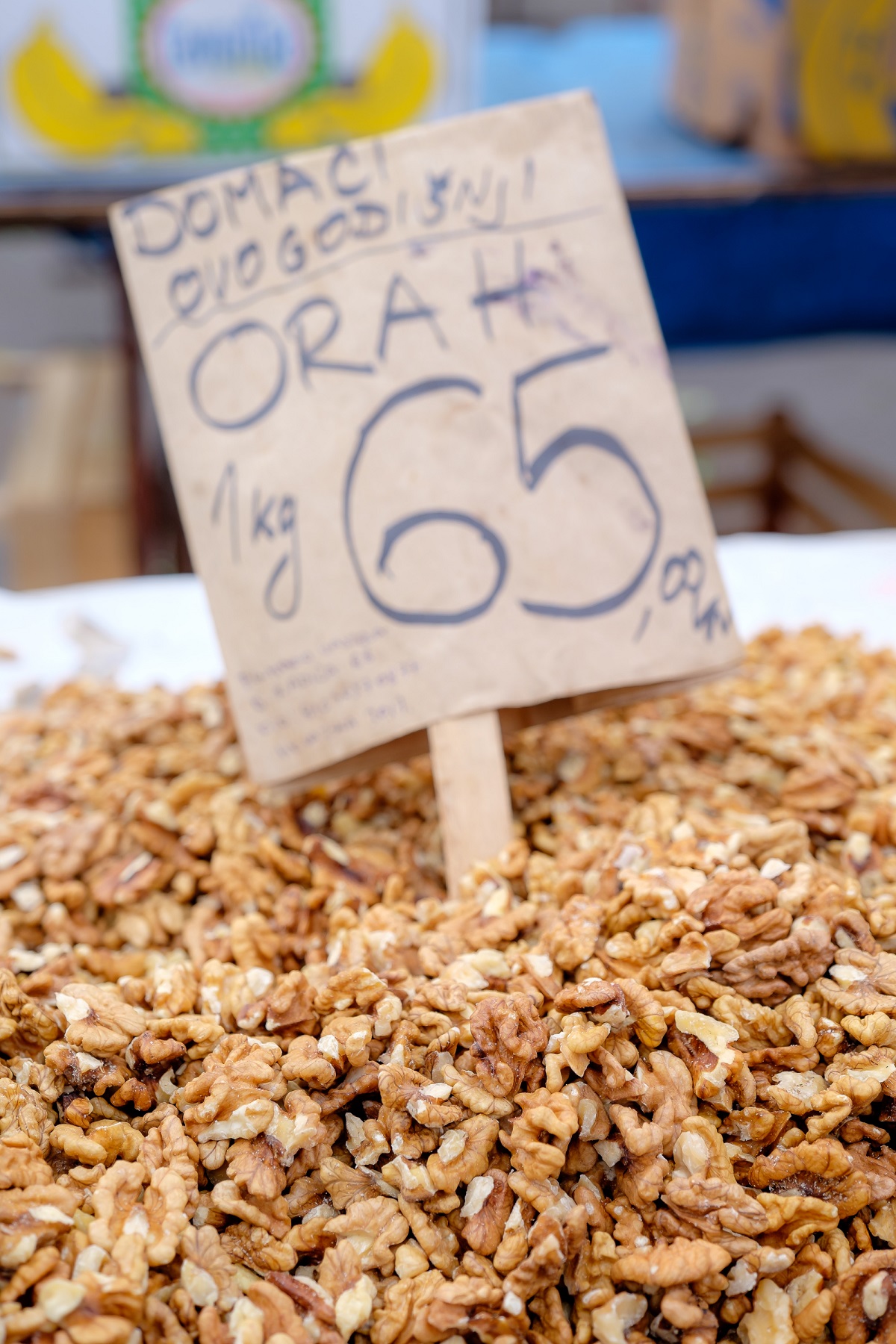 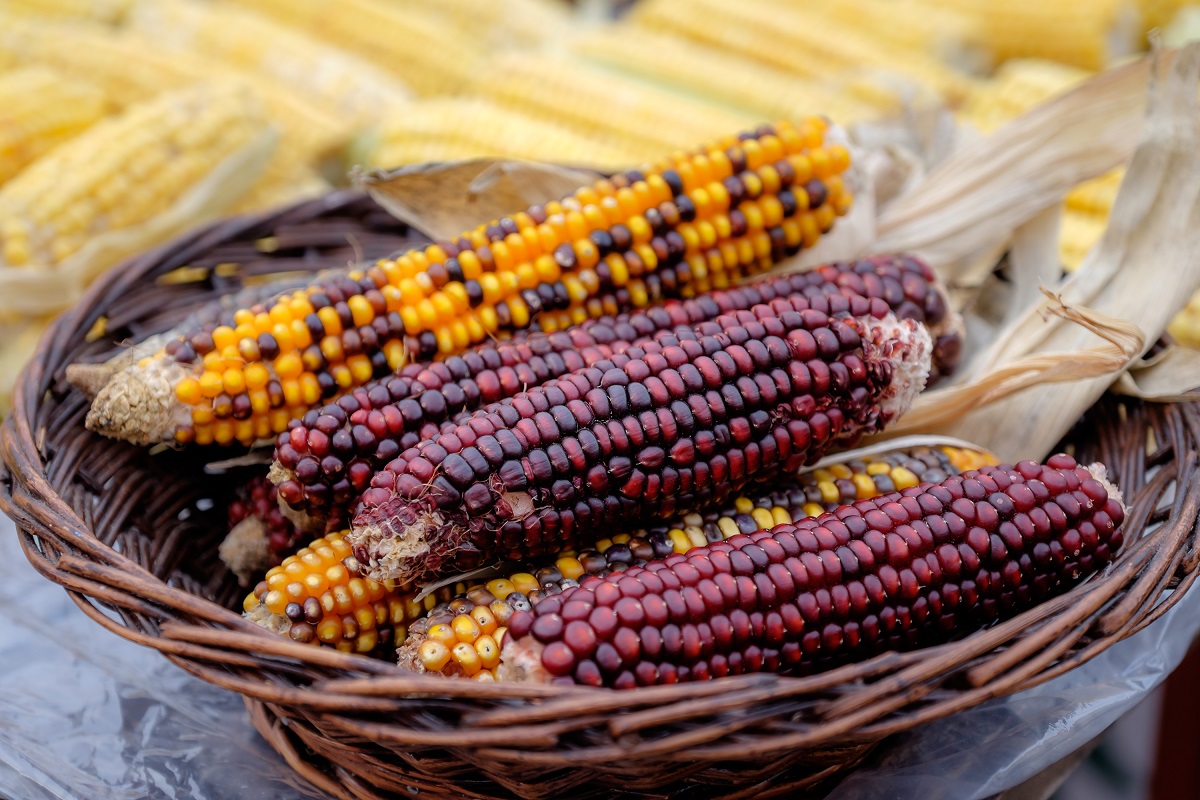 From here I suggest you pass through the Stone doorways, which once used to be the eastern access to the city (the only one standing). Here you’ll see the most miraculous painting from 1700. After a devastating fire in 1731 the painting was found perfectly intact. It was brought to this place where everyone could admire it. Many have left a flower here, lighted a candle or said prayer. 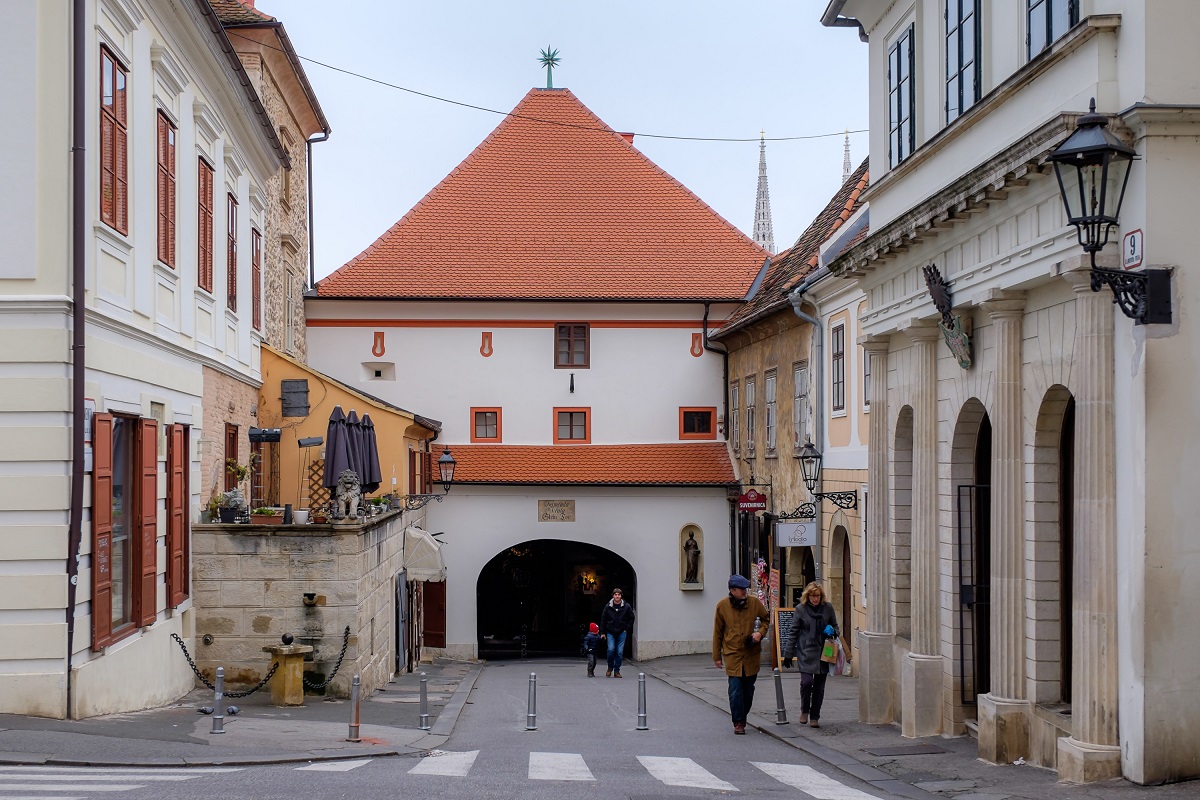 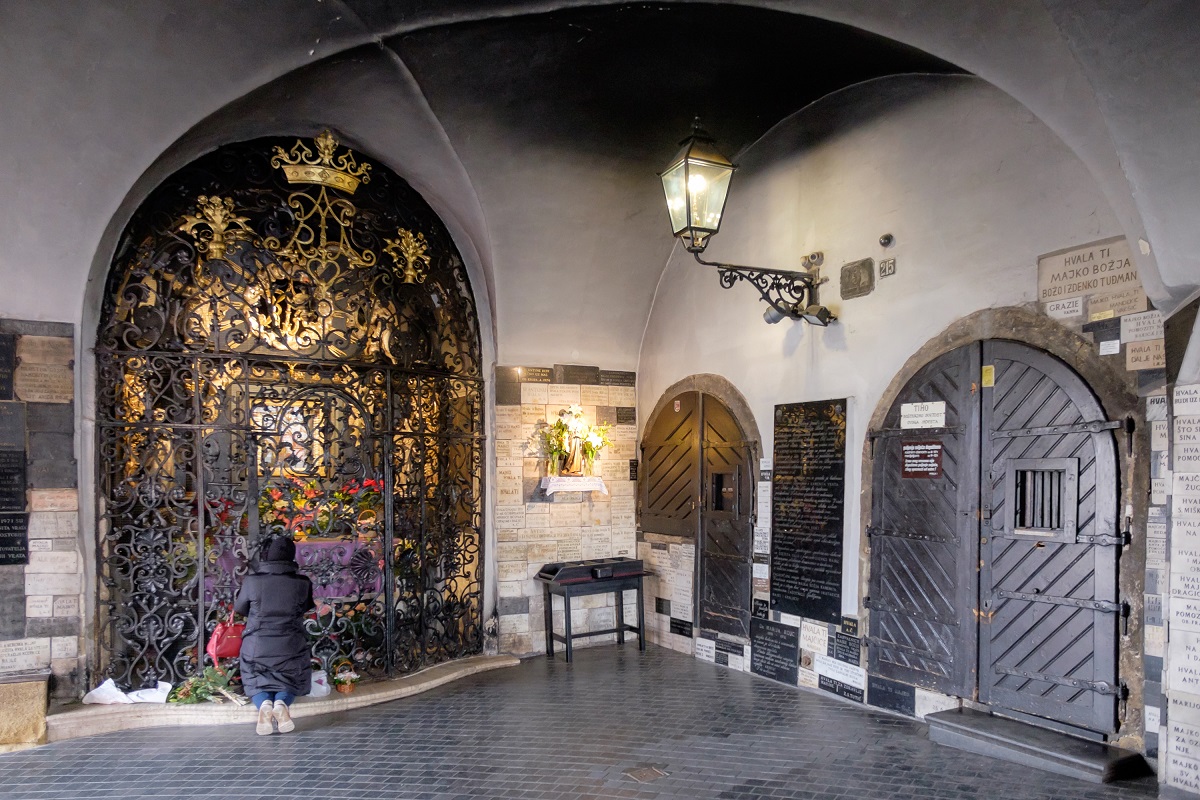 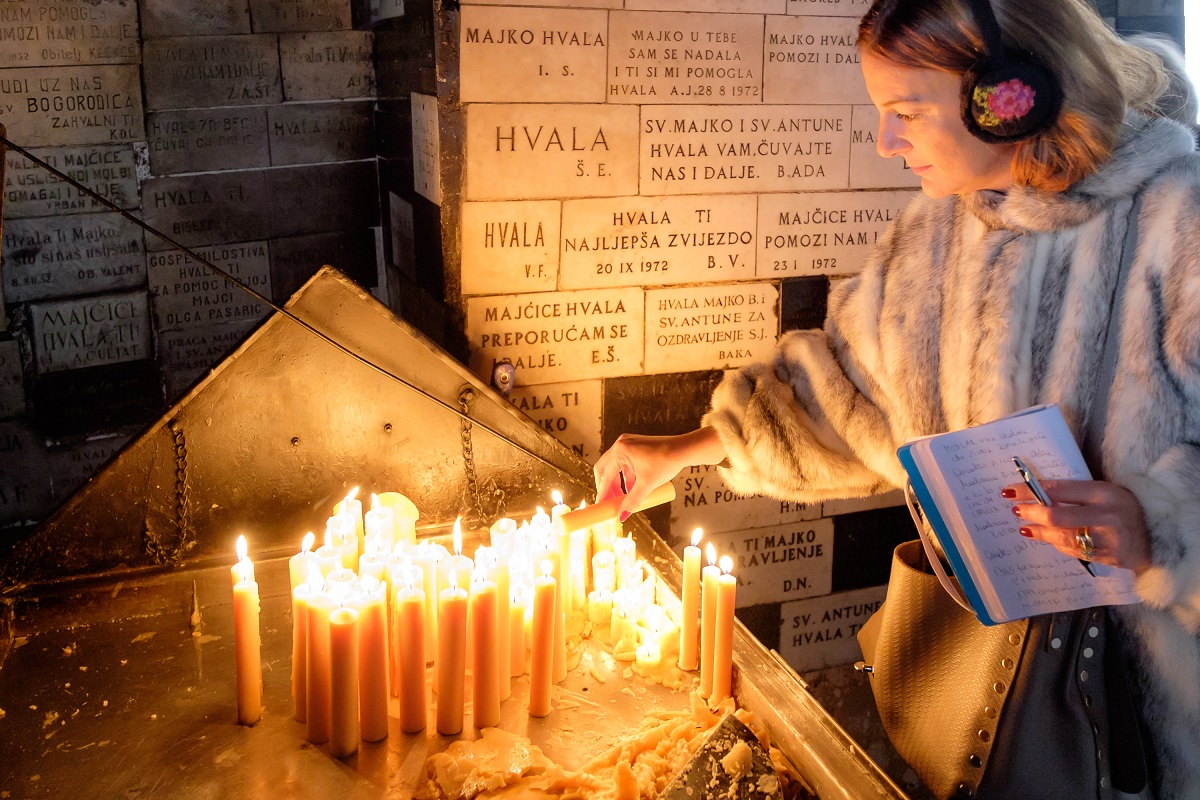 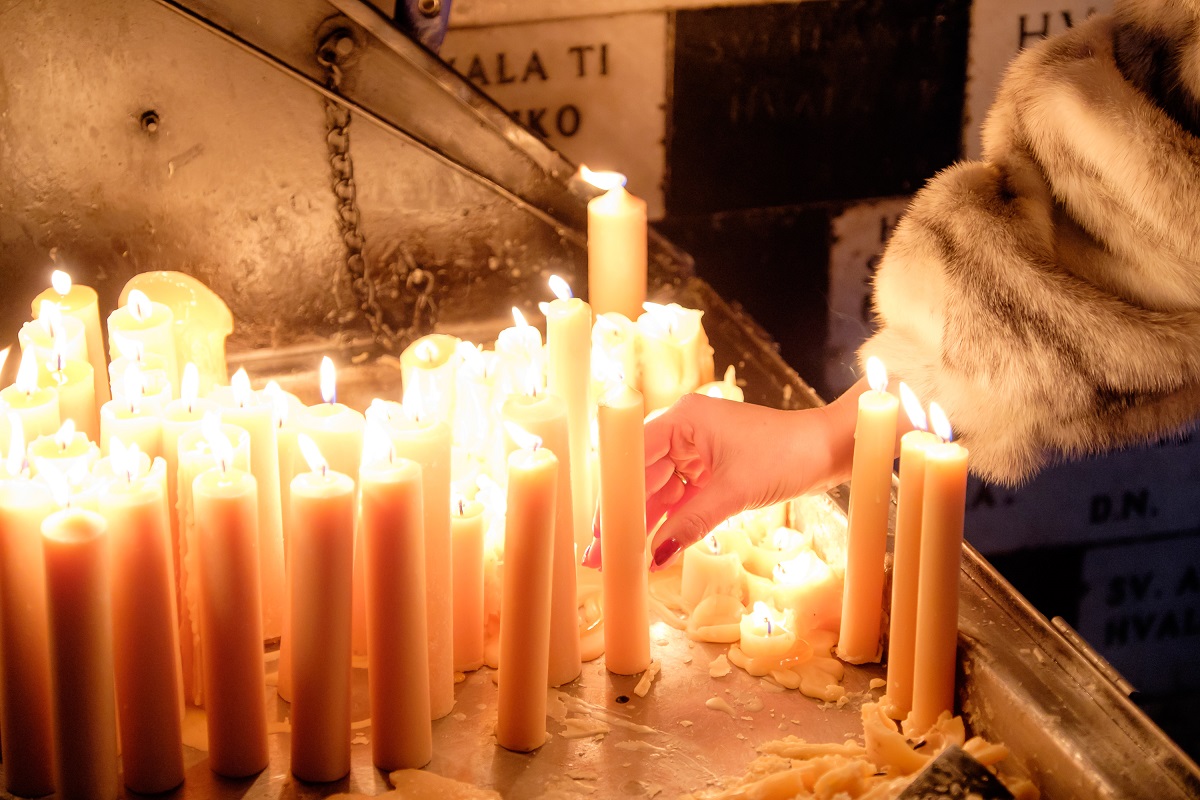 If you keep going you’ll reach Saint Marc square where you’ll be able to admire the church of saint Marc. No, you’re not in Venice, but here is where the Venetians used to have their markets and shops. The church, which was destroyed in the 13th century, was reconstructed with the money offered by the Venetians: hence the name.

You could spend hours admiring the rooftop made in ceramic tiles; I was quite amazed by it and as I was admiring it I kept thinking it reminded me of something. Of course! Saint Stephan in Vienna! The architect Hermann Bollè was inspired by the Duomo in Vienna. 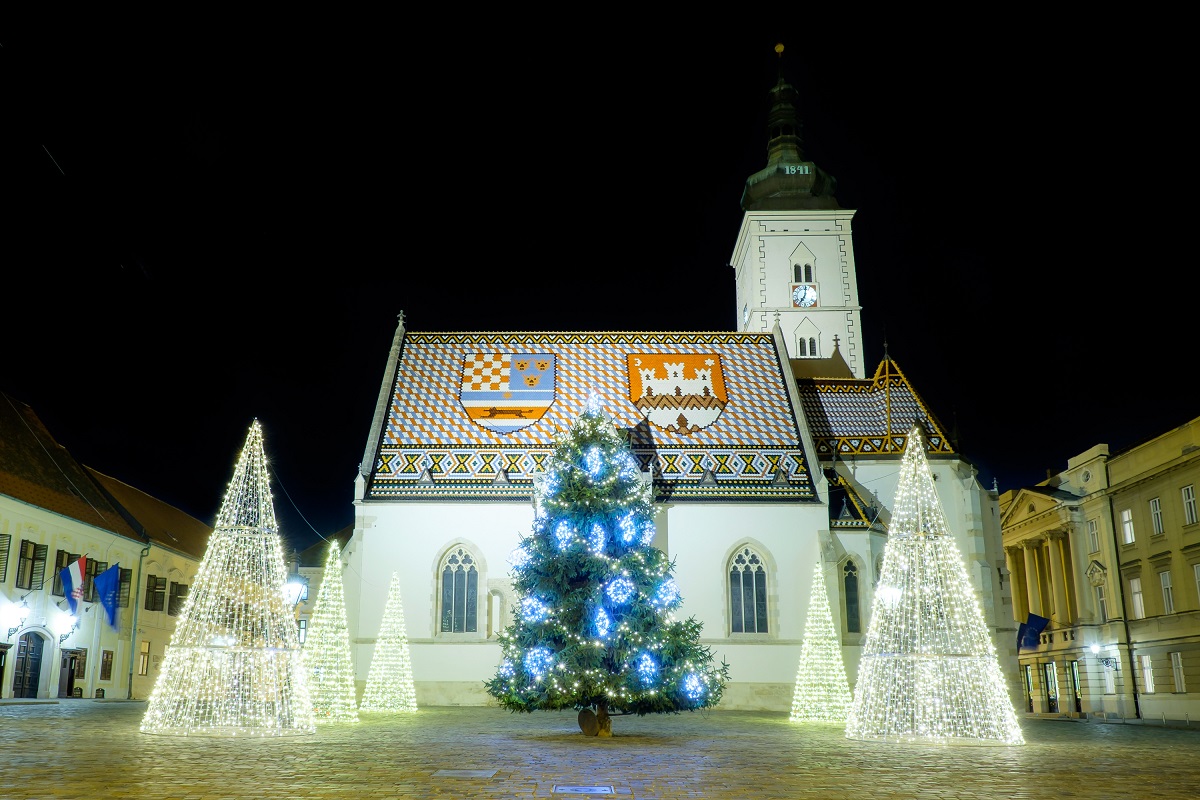 Shall we continue? You should now take the funicular, the most antique transport system in the city; it takes you 60 metres up and from the higher part of the city it takes you to the lower part in about 64 seconds. 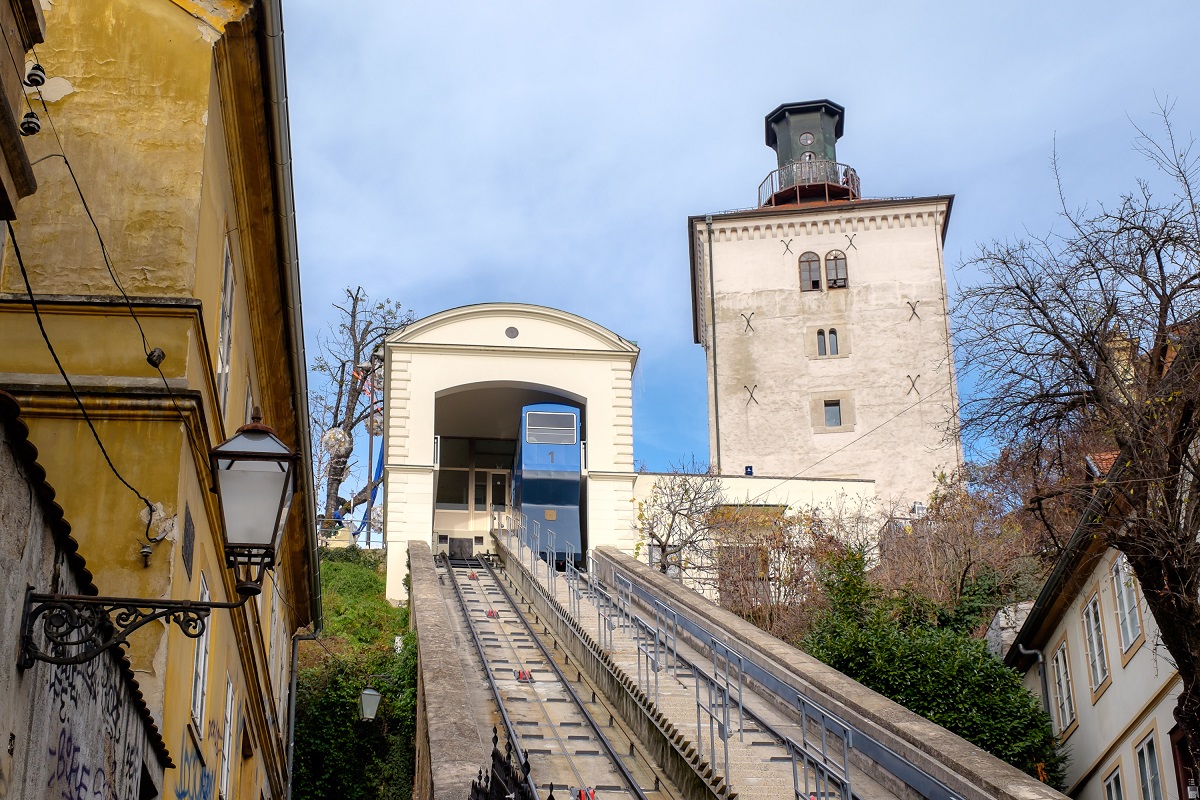 If you take the funicular at midday you’ll also hear the cannon shot that fires every day from the tower to signal the time. The higher part of town once used to have 18 bell towers that would wring at midday, and because they were not synchronized they decided to substitute them with one cannon shot at midday. And the tradition still continues! 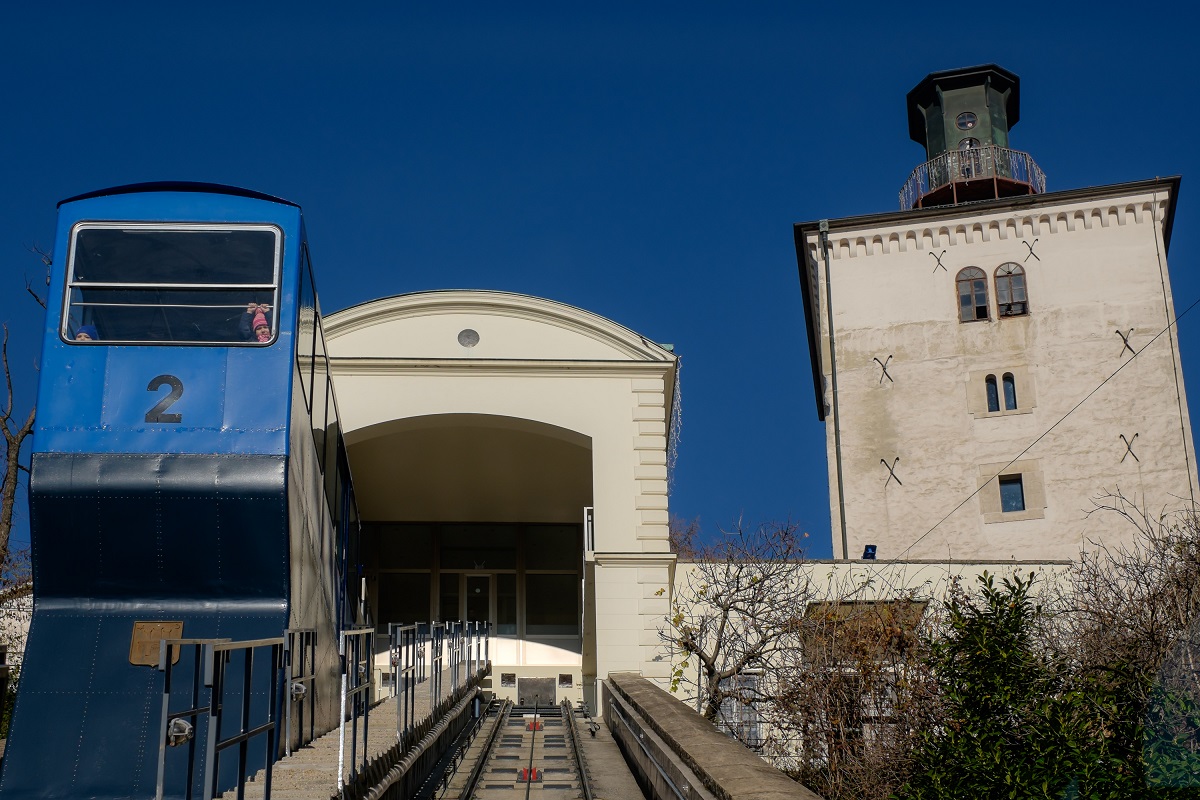 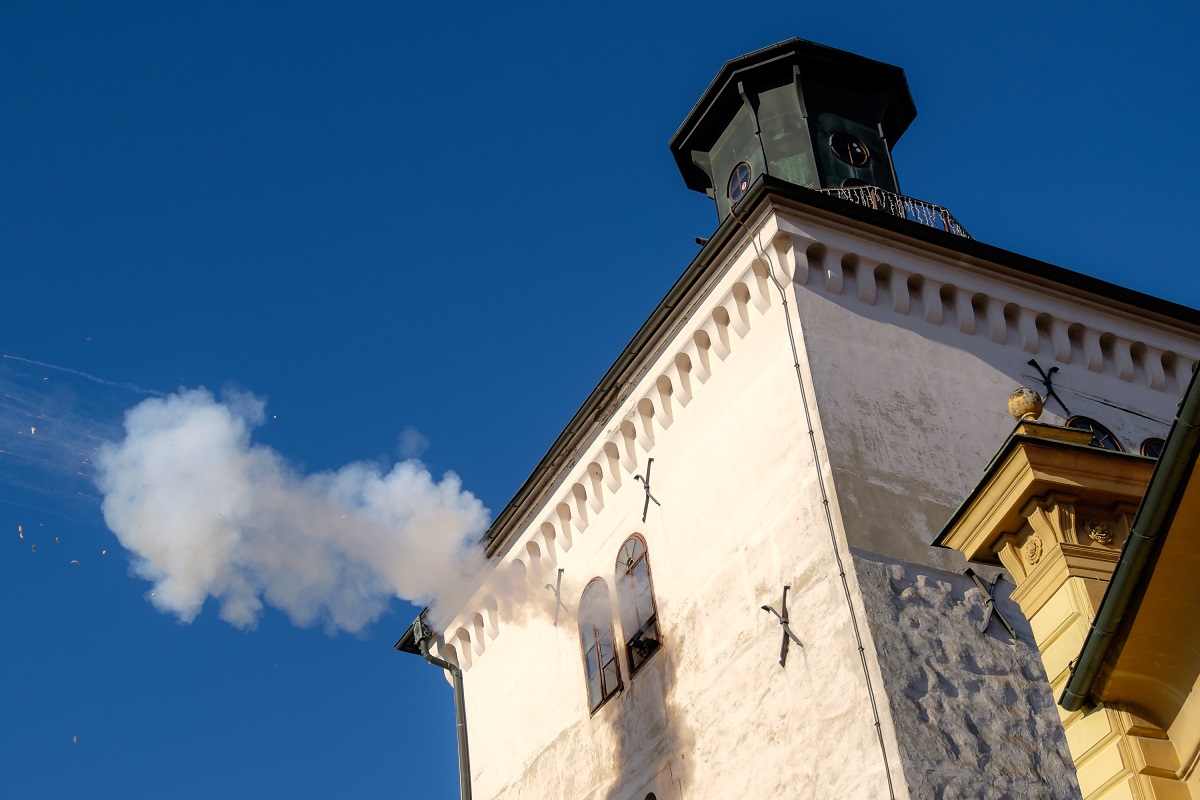 My last stop is in the lower part of Zagreb, the Flower square, by the side of the Serbian Orthodox church; here they have beautiful gazebos that have been turned into the most scented flower shops!

Well, this was the first part of my Zagreb adventure. Until next time 🙂 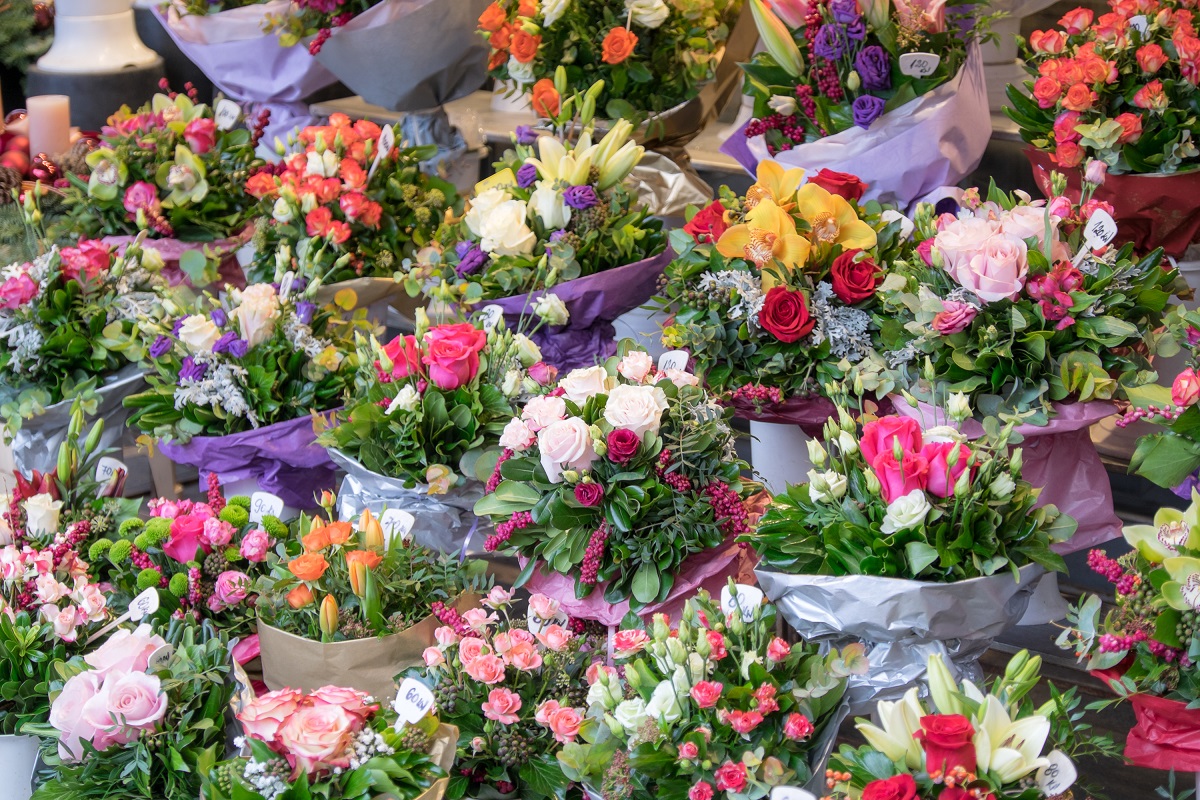 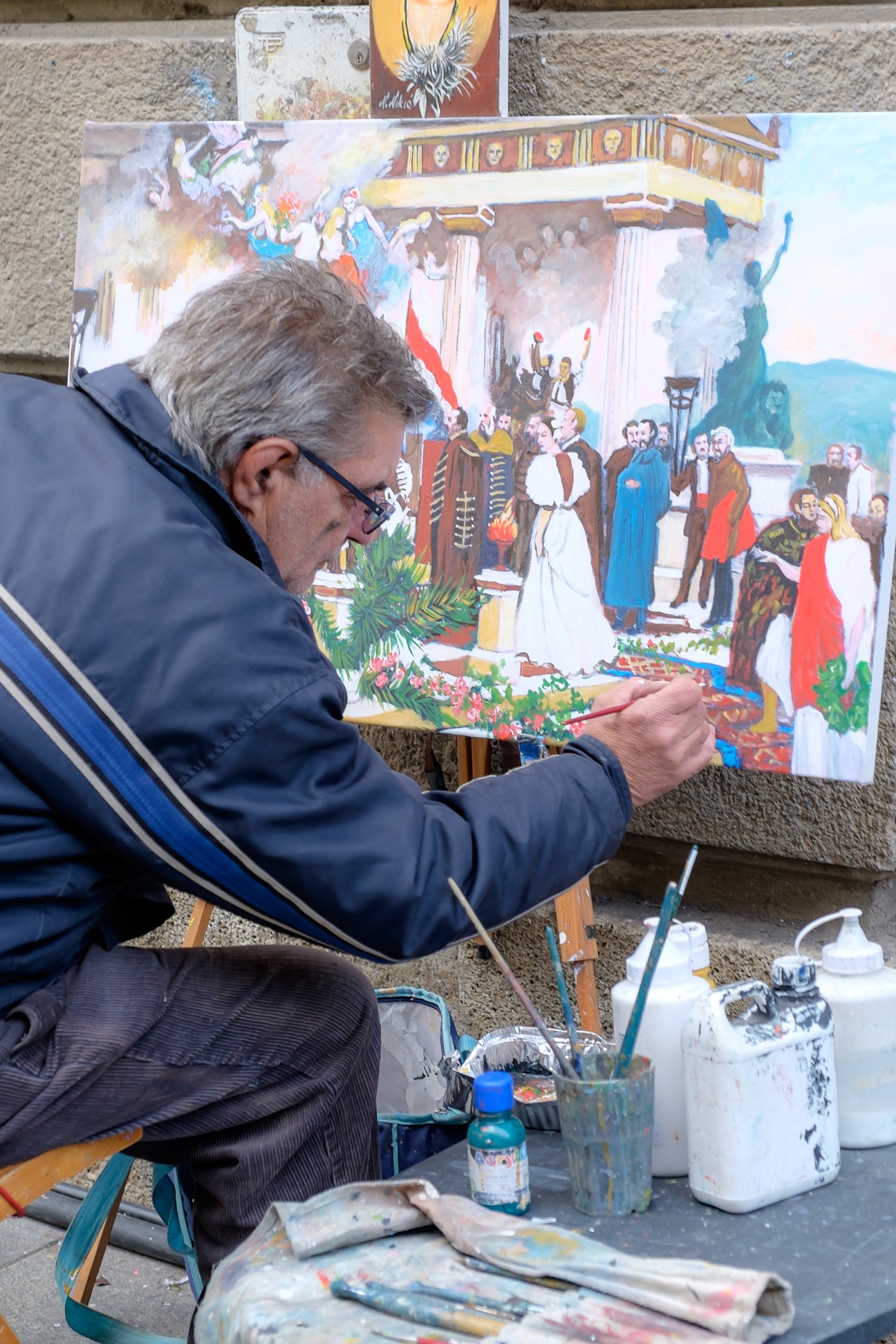 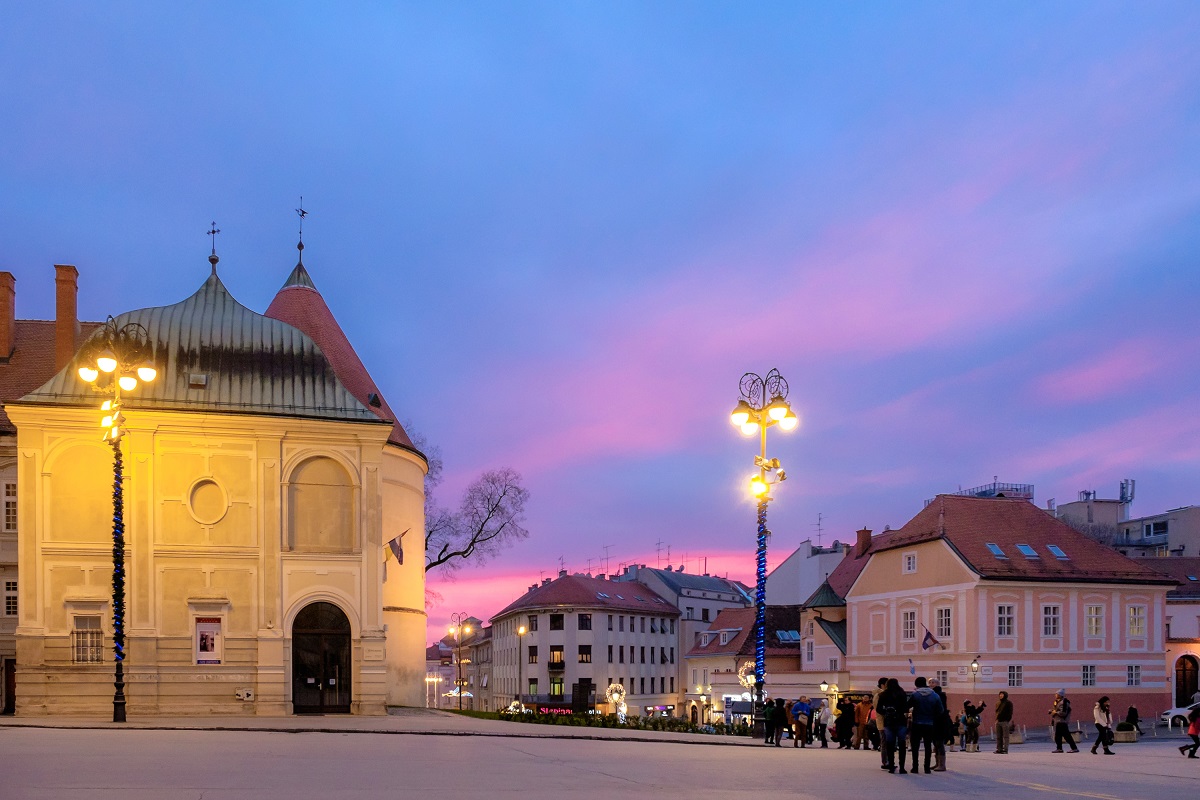 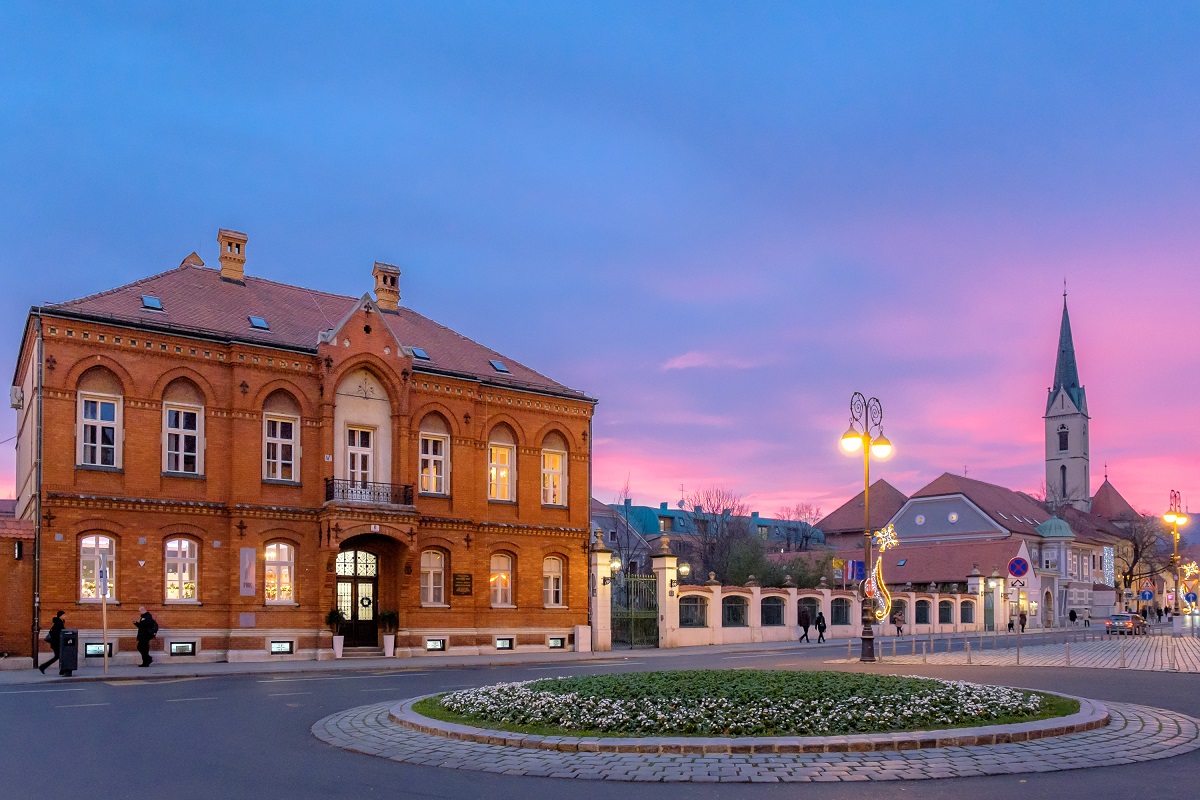