Can a cup of coffee, a simple cup of coffee, have a story to tell? I think so. The story I want to share with you to today is a really good one. Trieste’s connection to its black gold has deep roots. The first coffee stores opened in the 18th century, with a Viennese style; very soon after the first cafés started opening.

I often walk around the city’s streets and imagine famous writers like James Joyce, Umberto Saba or Italo Svevo as they calmly sip a cup of coffee; You don’t really need much imagination, the city was (and still is) full of cafés. The great number of these places is strongly connected to the thriving culture.

The middle-European heart of the city, which I try to describe in each of my articles, is also hidden here. Right here, in the permanent bond that Trieste has with this comforting drink. So sit down and relax, let me take you for a tour among the historical cafés of this wonderful city.

Opened in 1830, it’s the oldest café in town. When it first opened it was called Caffè Tomaso and the owner was Tomaso Marcato that came to Trieste from Padova for business and trade reasons; it opened up onto the square that was once called piazza dei Negozianti (now piazza Tommaseo), and quickly became the favourite place of artists and business men that had the chance to meet in an elegant and refined environment. The decorations that embellish this historical café, that changed its name to Tommaseo in 1848 in honour of the patriot and writer from Dalmatia, are a creation of the painter Gatteri, while the wonderful mirrors were imported from Belgium. And the last surprise is that the owner was the first to introduce ice-cream to Trieste! 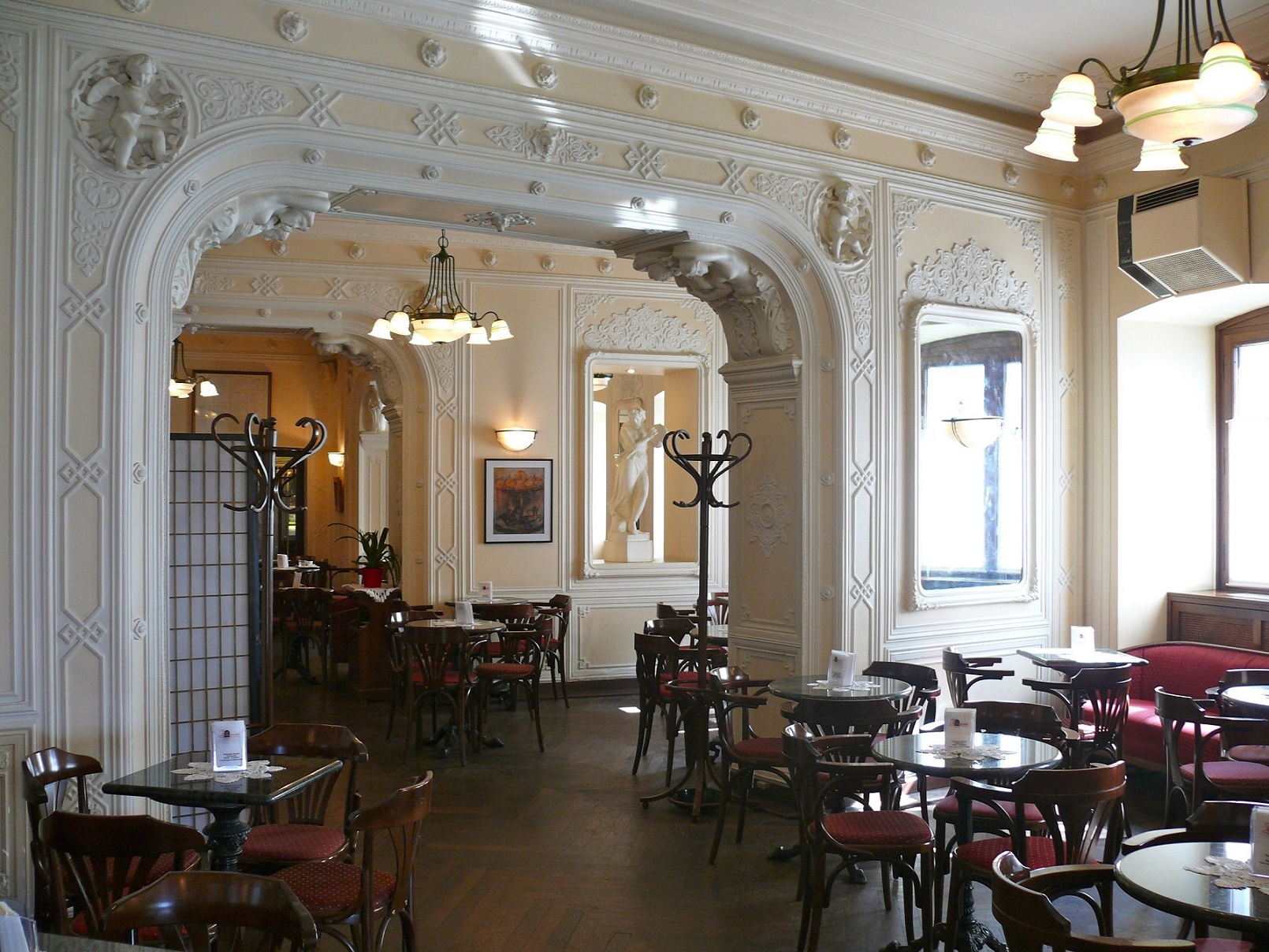 On the ground floor of the palazzo Stratti it faces the beautiful piazza Unità d’Italia, and was first opened in 1839. It’s always been considered the salotto della città (which literally means the city’s living room) and with its decorated interiors it’s a strong reminder of Trieste’s Hapsburg period. It was a favourite destination for authors like Joyce and Svevo and in the 19th century it was the meeting place of the irredentism movement and years later – after the second world war –  it served as Head Quarters for the Royal Navy (the British navy). And of course you’ll want to know why its called the café of mirrors. The first owner covered its walls with mirrors on which he engraved some of the most important historical events which occurred in the 19th century. 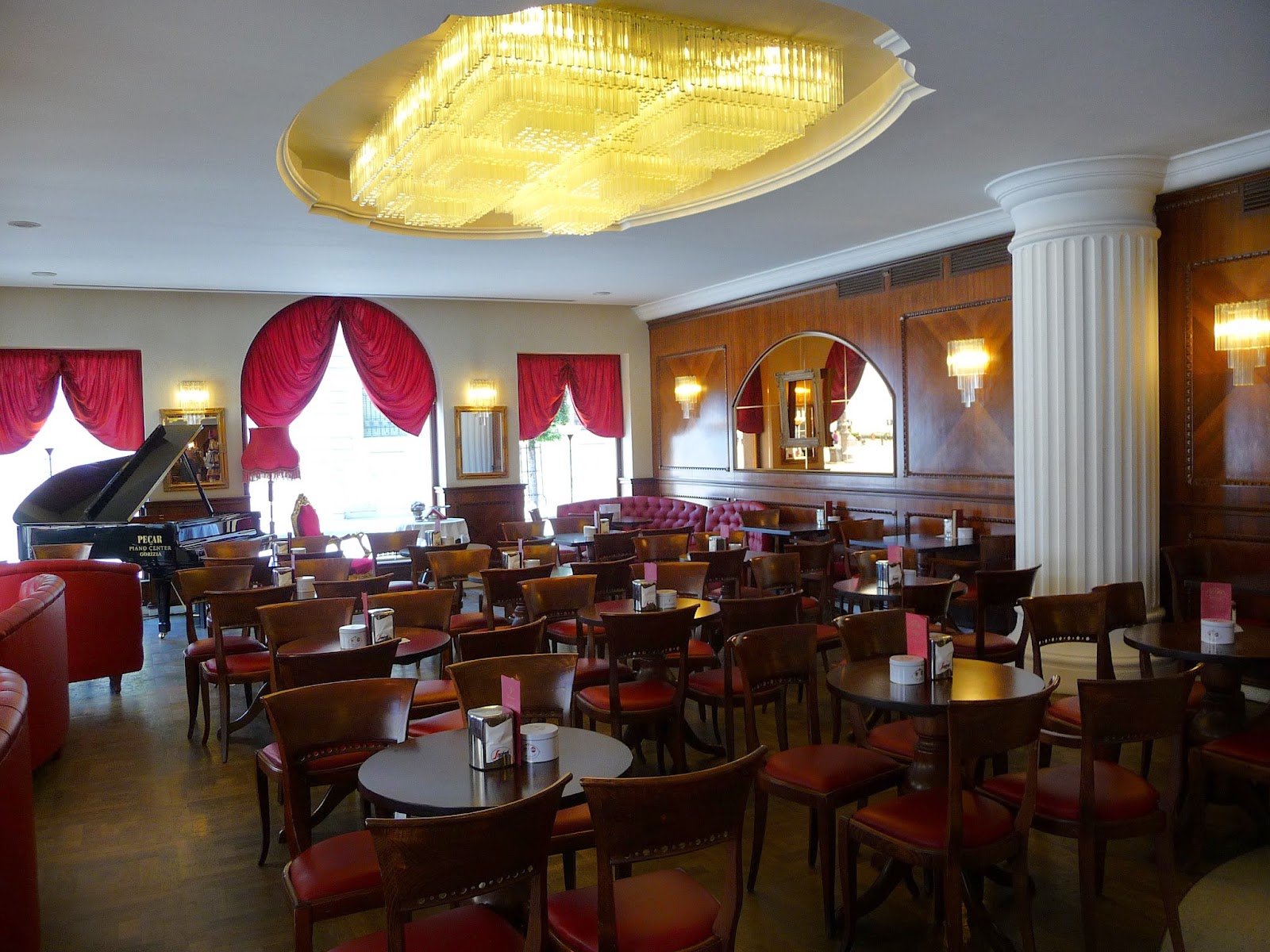 Its history is quite lively. It opened in 1865 in the old building along the canal of Ponterosso (the building was demolished in 1904 and then rebuilt) and was a typical café of the Austria-Hungary period, with beautifully decorated interiors. Popular among artists and writers, in its most popular days it had billiard rooms and reading rooms. A curiosity: during the occupation of the Allied forces it was a well known ball room.

It’s the café than inspired one of Umberto Saba’s lyric poems. It opened in 1863 and now it’s in the gallery which shares its name. The café was popular among business men – being so close to the Trade canter – and members of the city’s cultural élite. A place filled with the typical turn of the century atmosphere. 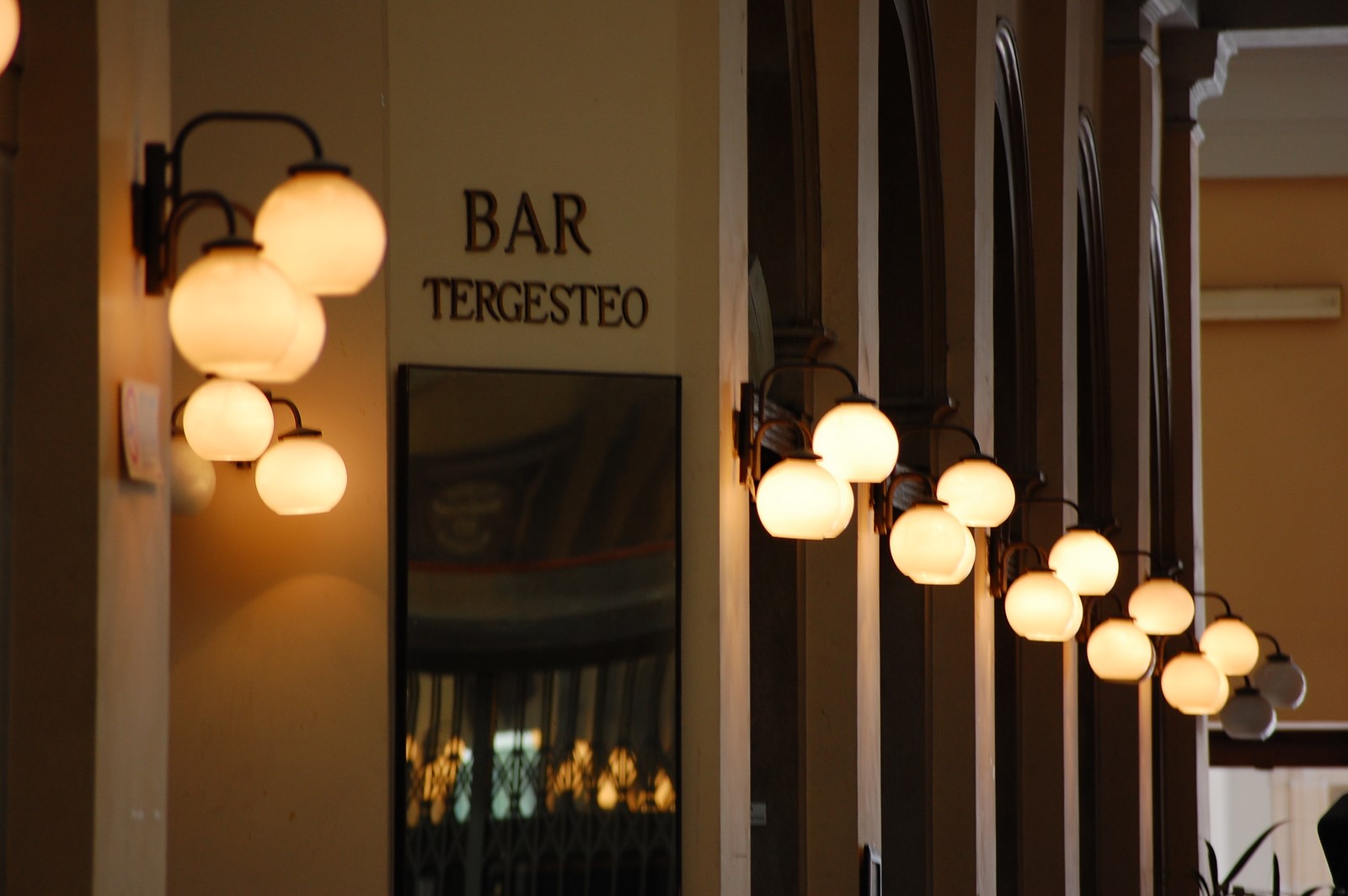 It opened on a very precise date: the 3rd of January 1914. it’s one of the most famous historical cafés in town, a meeting spot for Umberto Saba, Gianni Stuparich and Virgilio Giotti among the many. Little marble table, a long wooden bar counter with decorations that reproduce the leaves of the coffee plant are just a few details of this magnificent historical café. 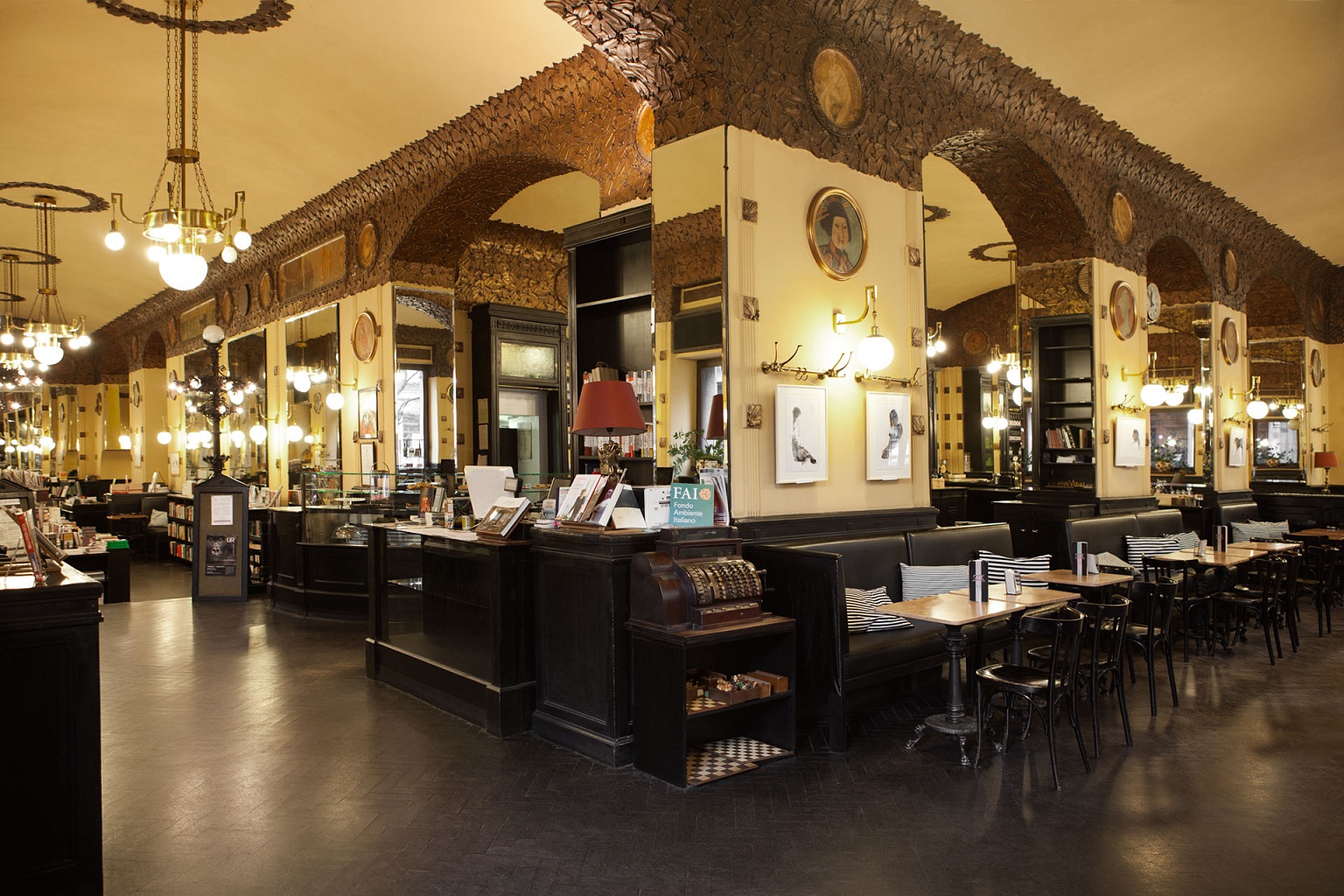 Before becoming a café in 1832 it used to be a pastry-shop and it’s placed in-between Piazza della Borsa and Piazza Unità d’Italia. Next time you walk in, watch carefully where you step! The floors are all covered in a beautiful mosaics with sea themes, from mythology to …Trieste’s famous wind – the Bora! 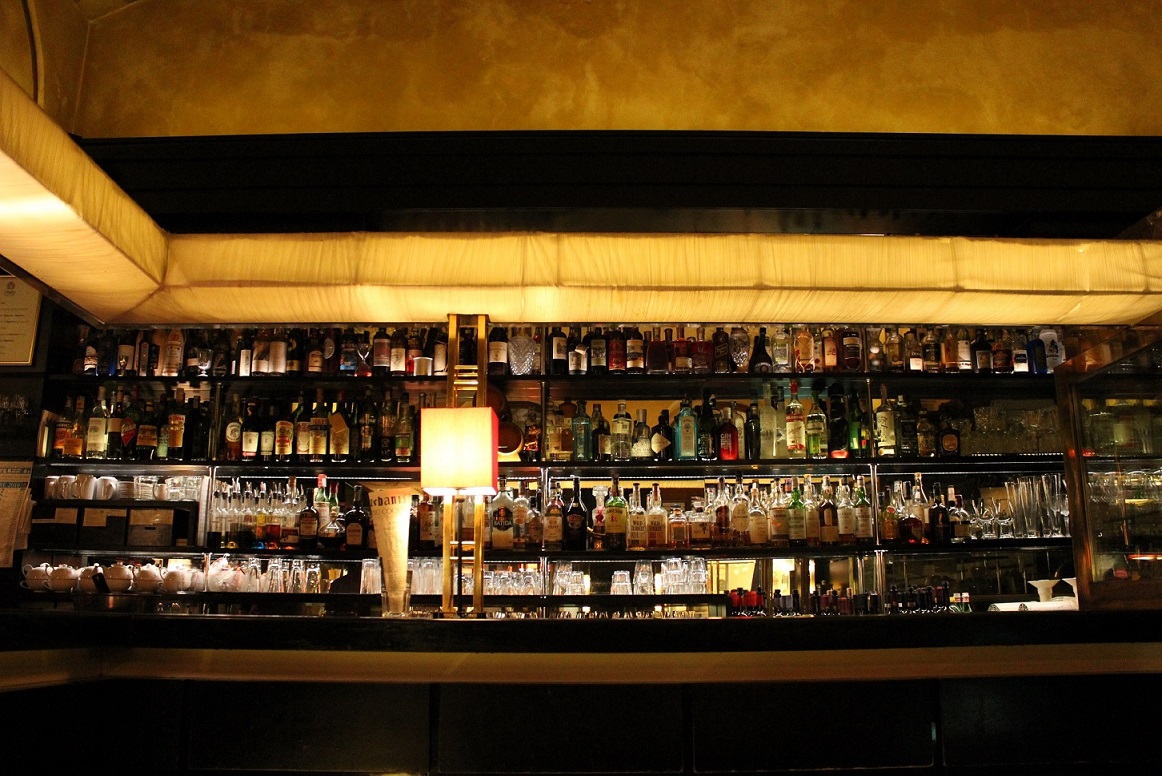 Opened in 1919, this historical café is on the corner between via Roma and Corso Italia. Have you ever been inside? If you have I’m sure you almost felt like you were on board an ocean liner from the end of the 19th century. This is because all the decorations, from the boiserie to the niches on the ceiling, are the work of the ebony carpenter Debelli…and he’s the same artist who worked on the interior design of the ships Vulcania and Saturnia.

An unfortunate participant in the latest articles of the Italian news, this pastry shop was founded in 1900 by Alberto Pirona. Built in Liberty style and very popular among intellectuals, nobles and the middle classes for many years it was one of the favourite place of the famous writer of The Dubliners, James Joyce. 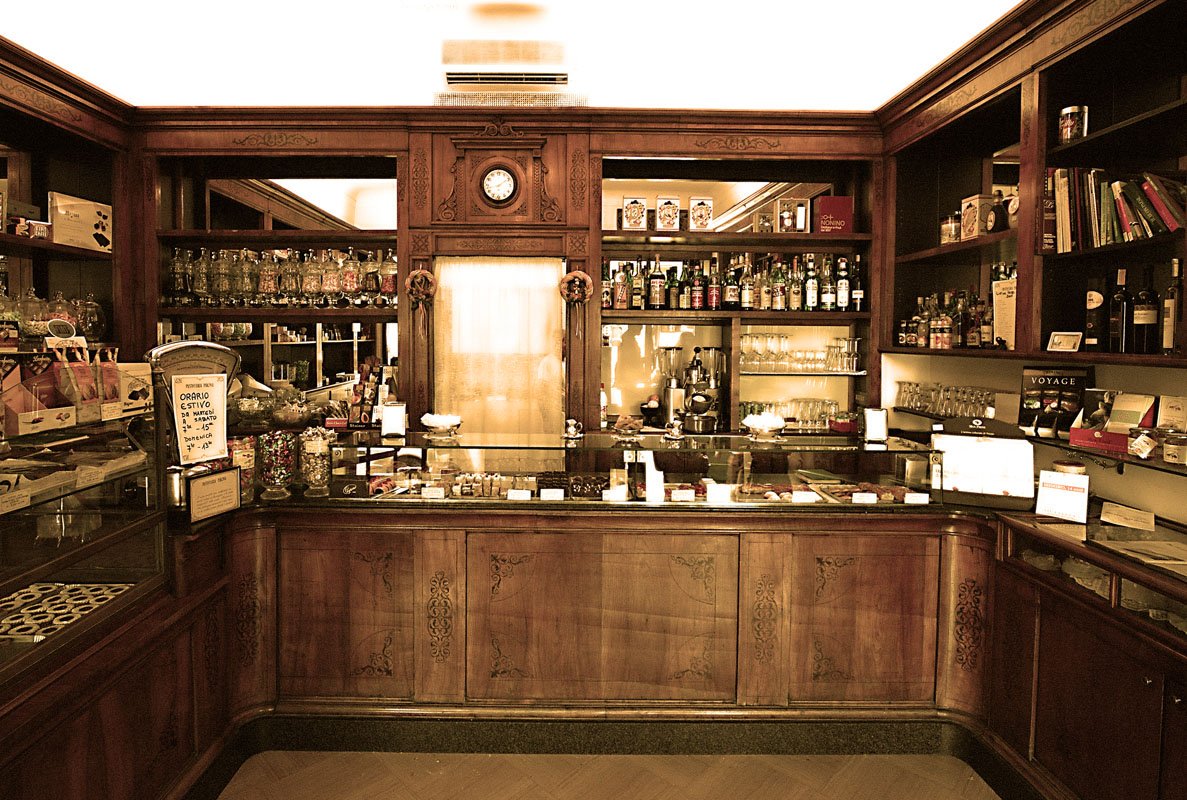 With all this walking around I really feel like having a coffee. What about you? 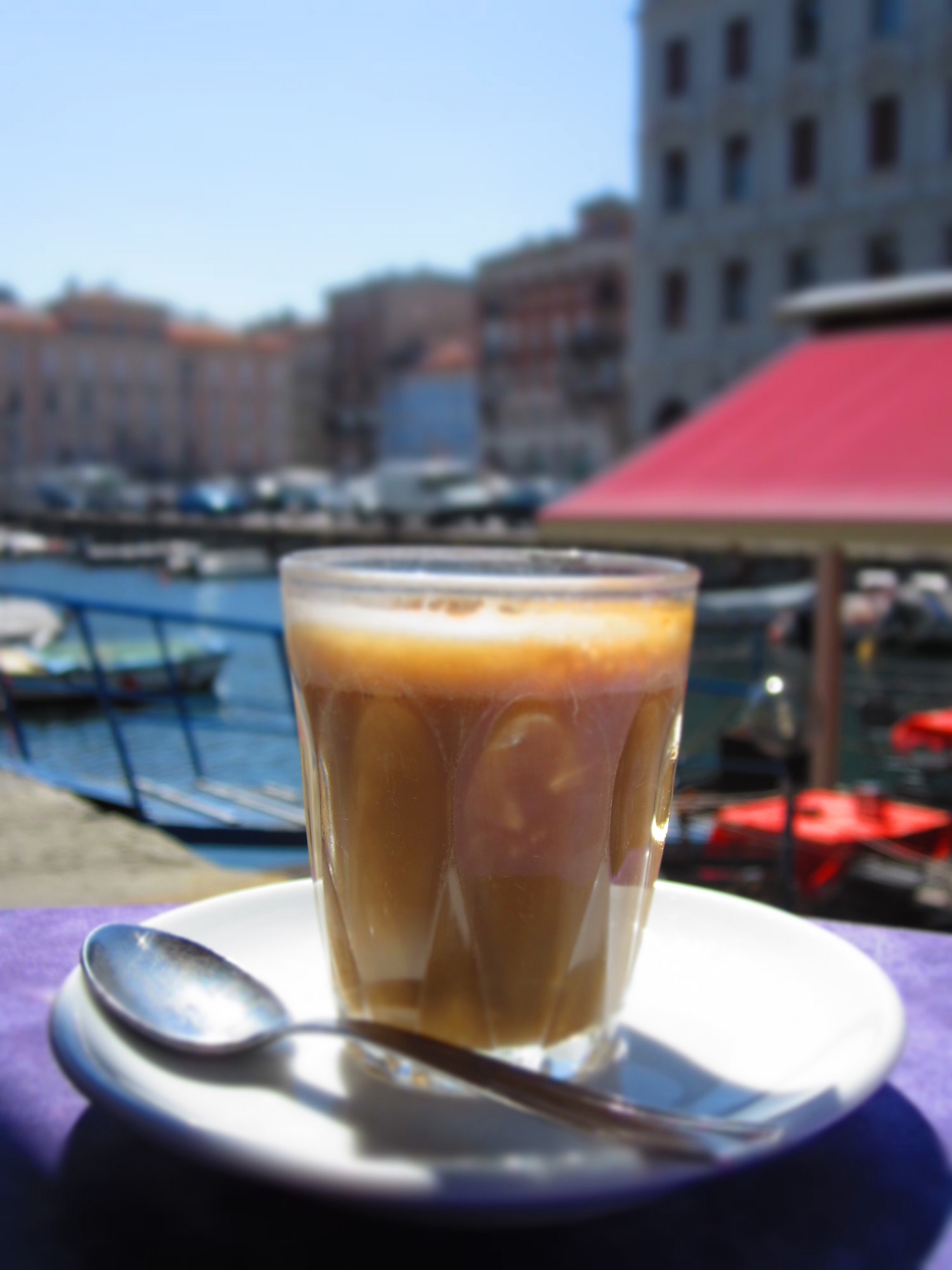 Italian Fable: From Italy to Trieste and then to the rest of the World

Bloom Specialty Coffee: in Trieste and unique in Europe!