The town of Monfalcone has had its ups and downs, mostly related to the history of its big shipyard. It has been kind of a ghost town and has then been repopulated by foreign workers that come from many different countries. This multiethnicity keeps the shipyard alive and the workers’ families keep the roads and squares of Monfalcone alive.

Lives, faces and so many stories that are all part of the history of the shipyard, which goes hand in hand with that of Monfalcone.

The story begins with the Cantiere Navale Triestino (CNT, Italian for Shipyard of Trieste) in Monfalcone, which was funded on April 3rd 1908 by a family of shipowners that came from Lussino, the Cosulich family.

They decided to build in the Panzano area. The Cosulich family bought the lands to build the new harbor of Trieste only where the Austro-Hungarian government authorized ship building in the Empire.

This museum represents more than 100 years of local history, starting from the wars and military ships and submarines, the economic boom in the 1960s and the manufacturing of appliances, the construction site in Ronchi to build airplanes and the creation of the airport, up to our times, in which they started building cruise ships (a real pride for Italian shipyards).

When you visit this interactive museum, you enter a small, yet huge world that has distinguished Panzano, and you find out so much about local history, which start from this very building: this was where the bachelor workers (aged from 13 to 15 years old) were lodged in the 1920s. 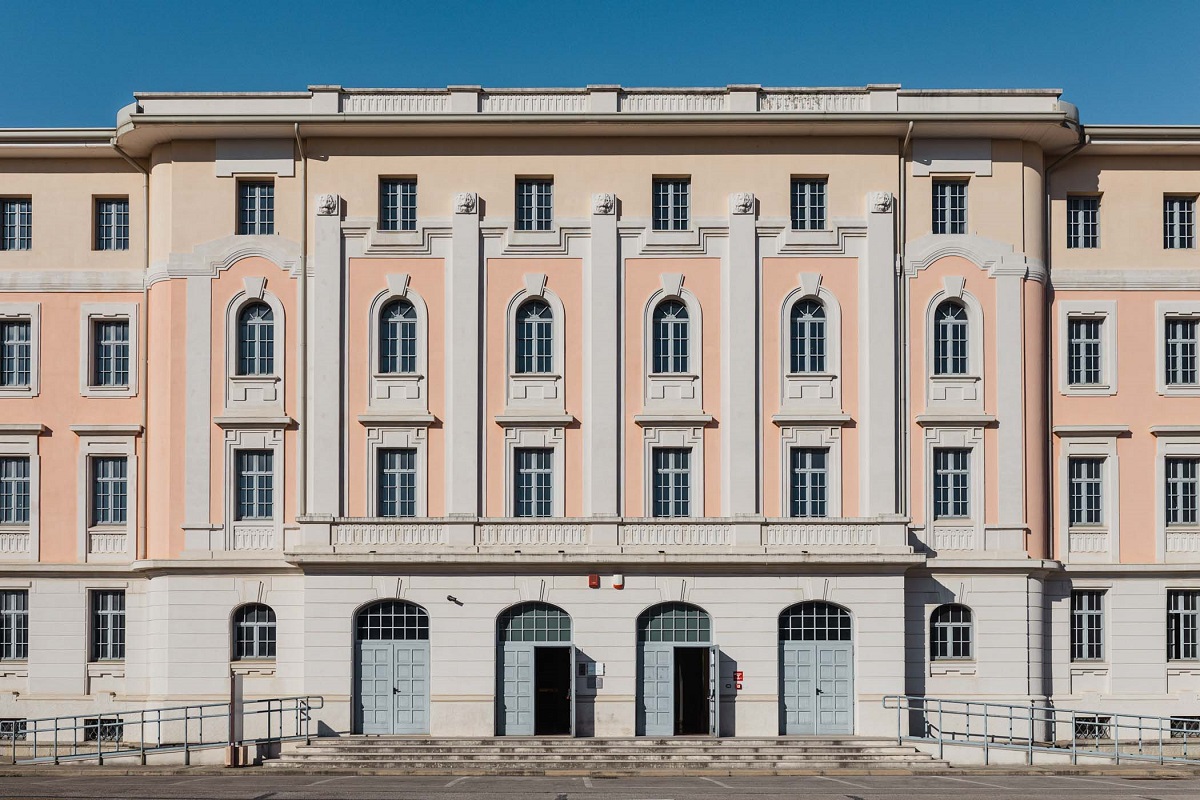 The beating heart of the revolution in the working world achieved by the Cosulich family can be found not only inside the MuCa, but also on the outside, where you can see with your own two eyes what was created by this wholesome family and by architect Dante Fornasir.

The so-called “villaggio operaio” (the workers’ village) is an Italian and European excellence because of its architecture: here, many styles are mixed, as the architect wanted to take out all his creativity and technical knowledge. 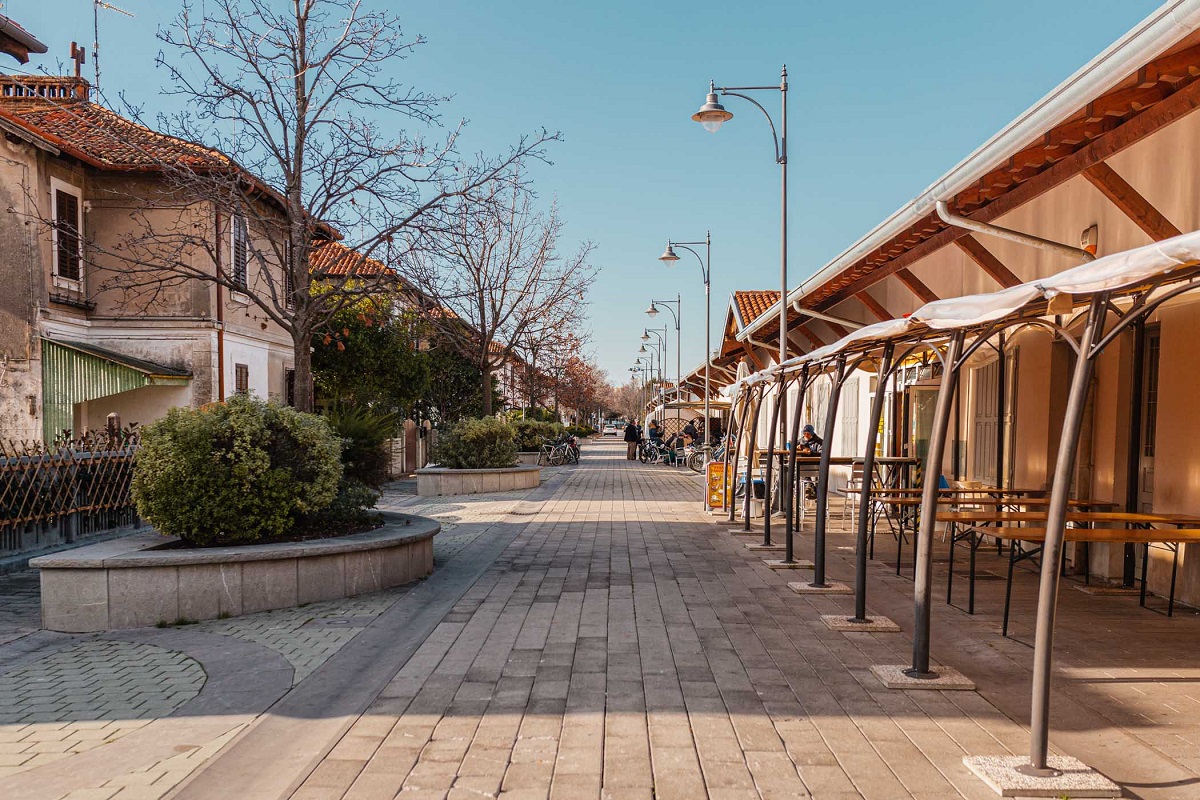 The workers were lodged in the H shaped houses (which are the closest to the factory) and these buildings hosted 8 families each, while the managers and the office employees were lodged in other 49 villas built in Parisian, eclectic, and gothic styles. The same area hosts the building where were once lodged bachelor workers, which has now been renewed and can now accomodate many honored guests. Around here you can also see the facilities of what was one of the first “corporate welfares”: a stadium, a camping, a theatre (which unfortunately was lost with the bombings). It’s nice to imagine the life designed by architect Fornasier, in the “Garden City”, where every building had its own piece of garden, so that the workers could have a little vegetable garden in order not to forget about their peasant traditions.

You may have a free guided tour two Sundays a month, or you can ask for a visit any other day by appointment. On the “MuCapp” app you can also do a virtual tour of the Panzano neighborhood and discover how much it has changed in over a century. Augmented reality helps inside the museum too, as it gives you more information and many insights.

On the other hand, to enter the current shipyard you have to take a bus, that in 30-minute time will take you among the docks and cranes where 3 new cruise ships are built every day. It’s a world that I’m sure will enchant everyone, the little dreamers and the big ones that accompany them, too.

The lives that depend on this huge company are 8,000, and to be present during a shift change and being surrounded by people in blue jumpsuits radiates a big-company, hard-working, excellent energy. This is a unique place that you must come see.

When the Municipality of Monfalcone called me to talk about Museo della Cantieristica, I said yes without even knowing anything about it, apart from having heard a few positive feedbacks from people I trust. Now that I’ve been here, I know that we have right in our home, another part of history and architecture, a worldwide-famous shipyard. And what’s amazing is the way the museum valued it.

Don’t you miss out on this mesmerizing place, I’m sure that it’ll open your eyes too and will leave you in awe. 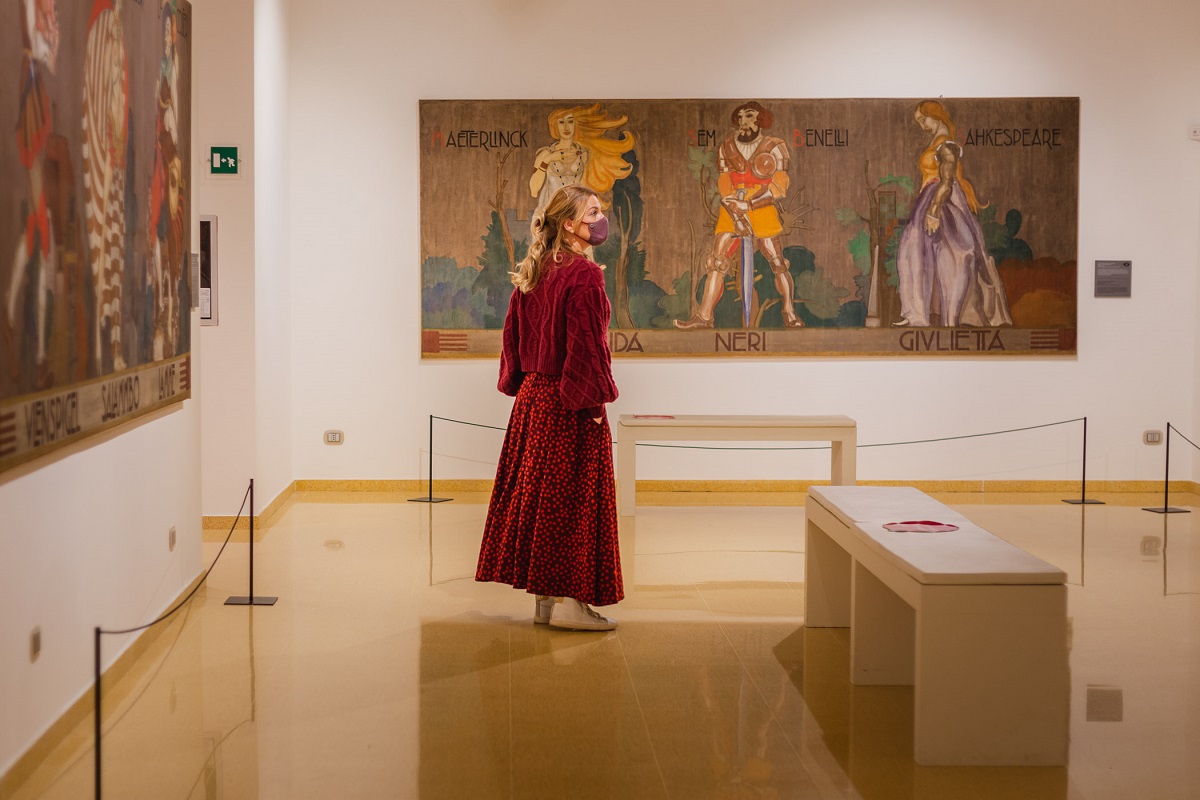 7 things to not miss in Lignano Sabbiadoro

What to do in Maniago?