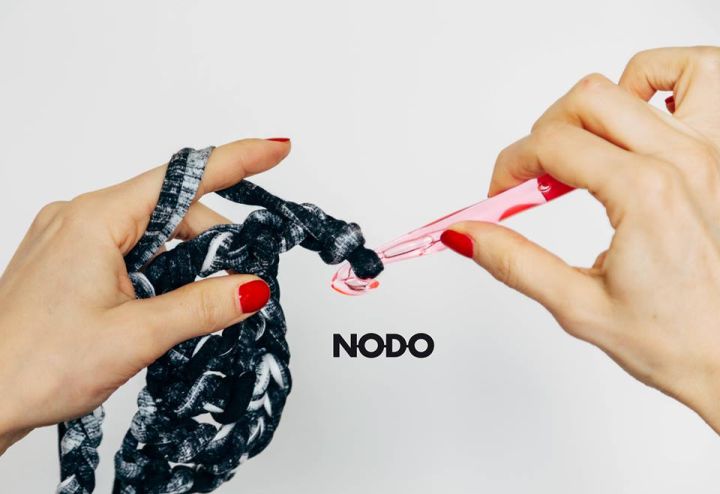 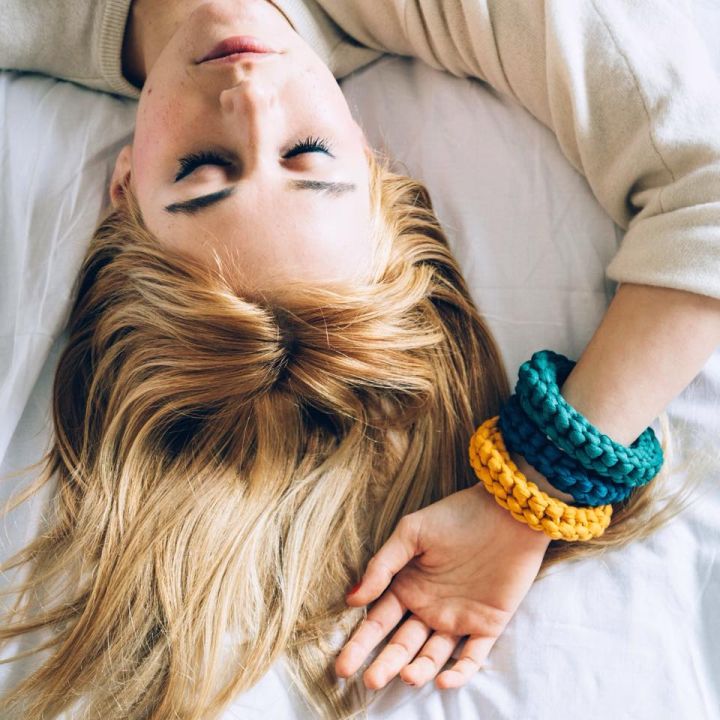 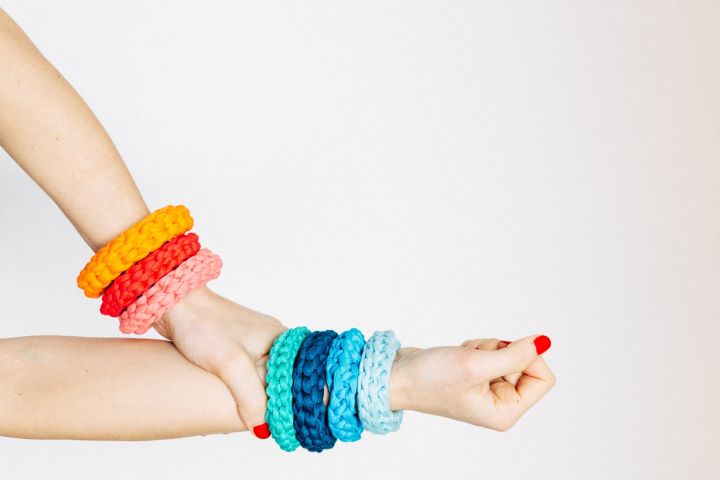 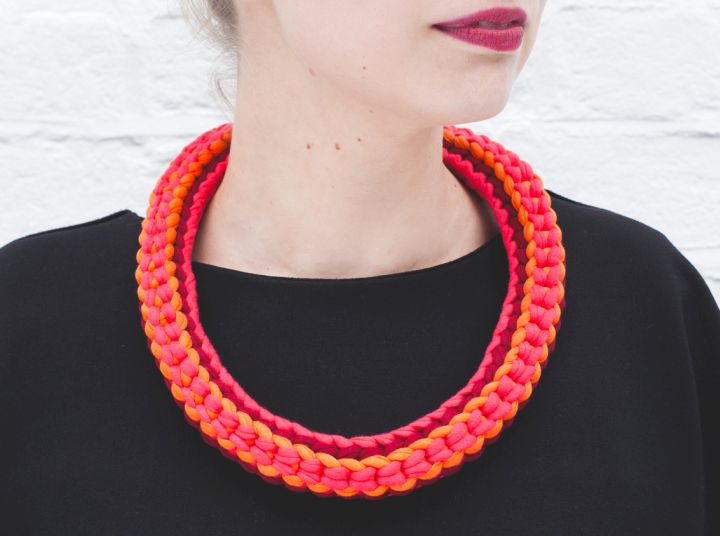 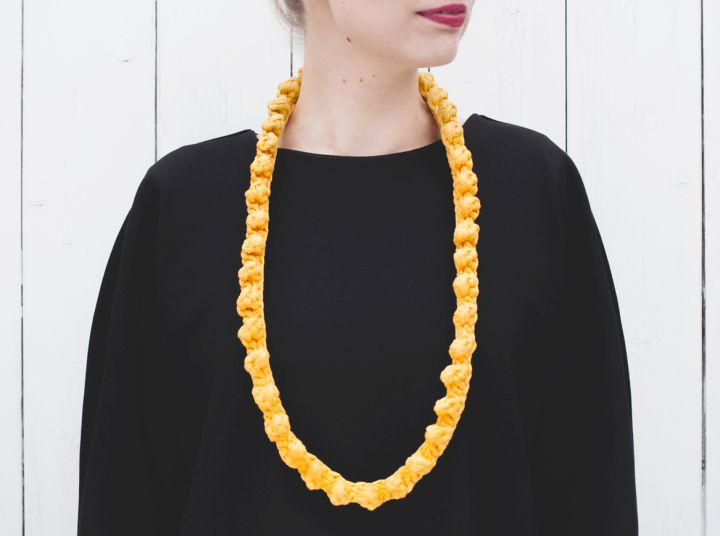 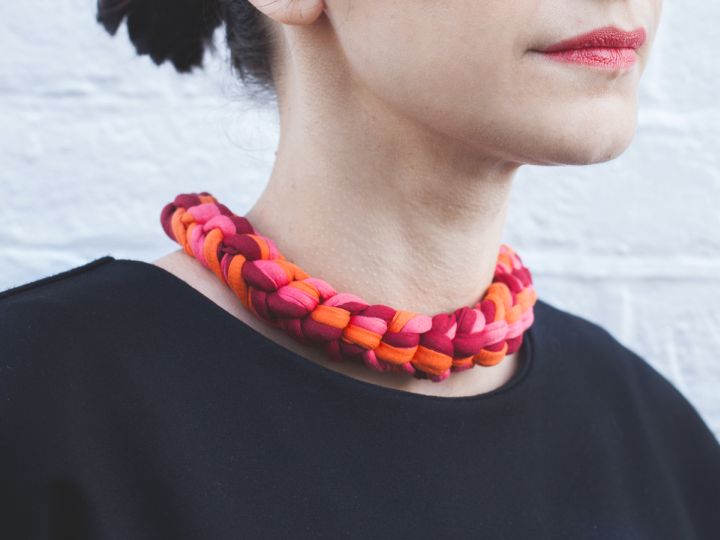 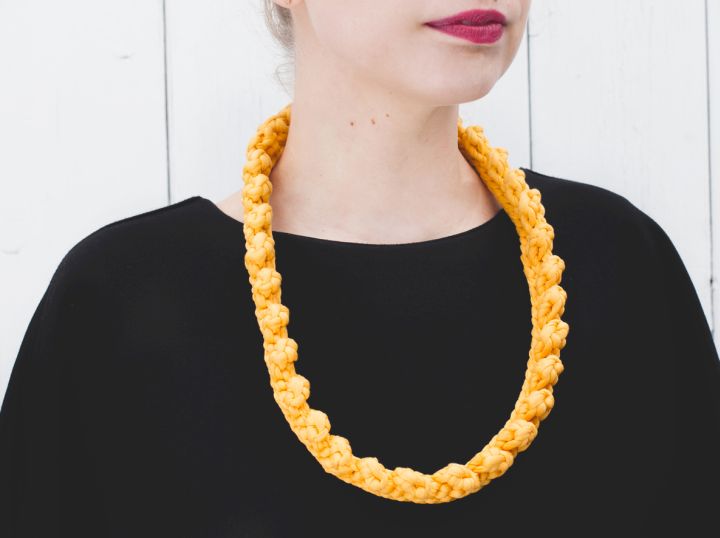 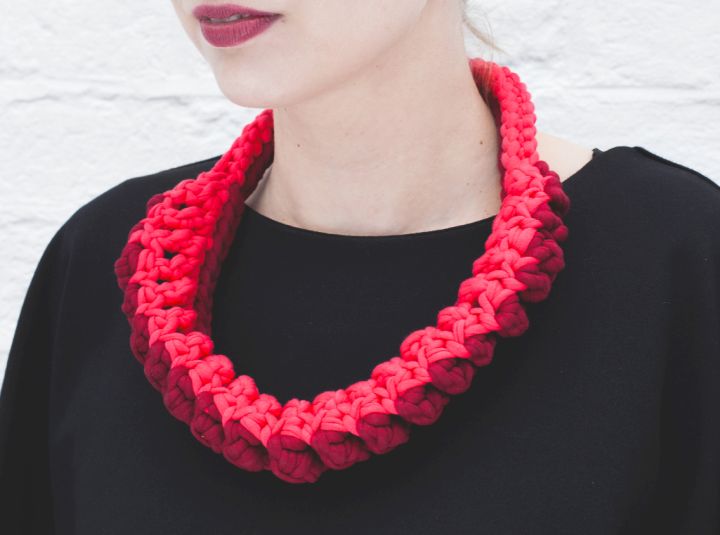 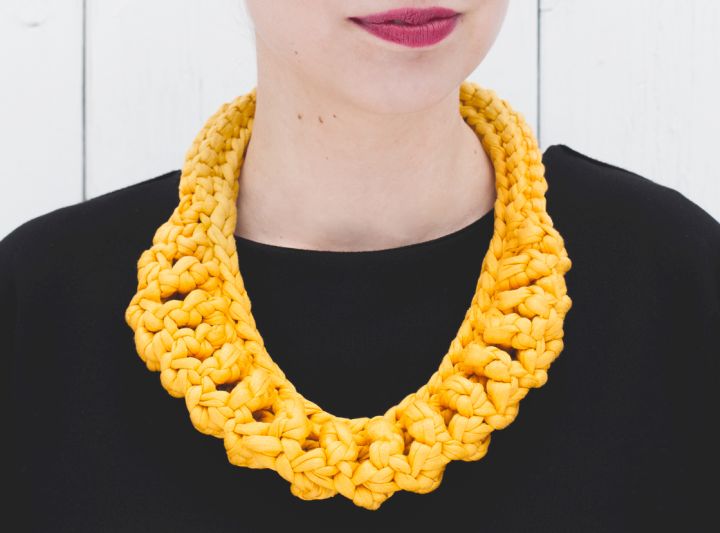 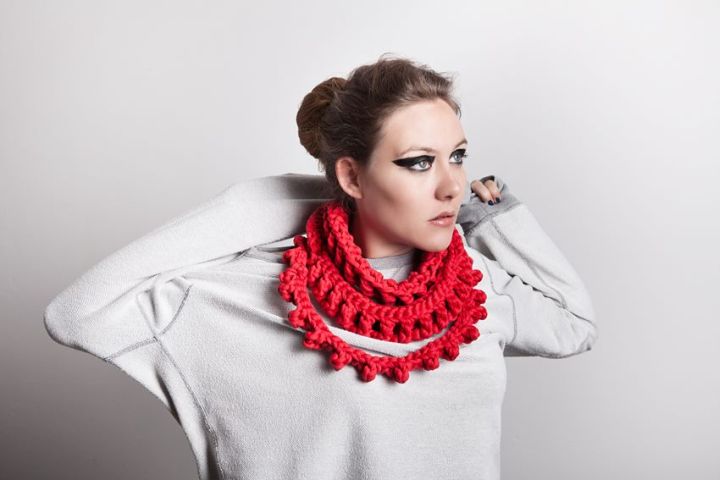 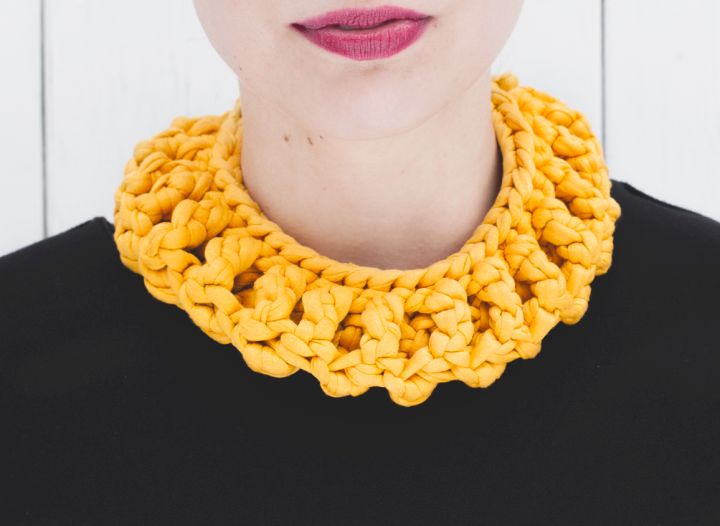 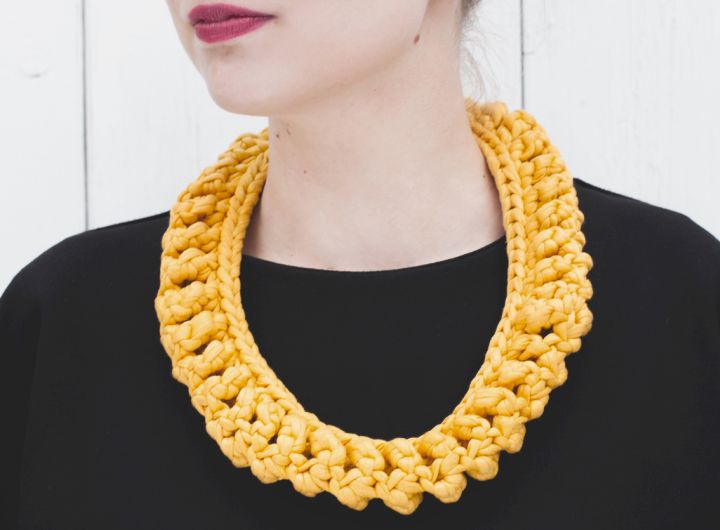 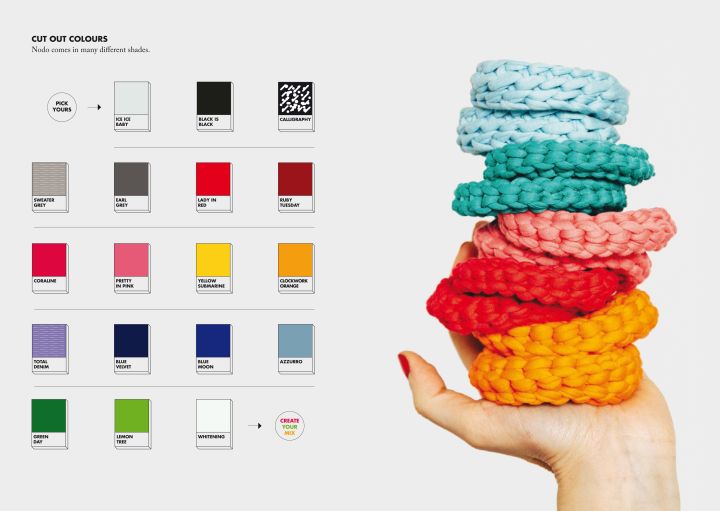 A minimalist embroidery that needs all of us

Some time ago I used one of her necklaces for a photo session: a reinterpretation of embroidery with a modern twist. It was jewelry designed and made by Sara Pinna, a girl from the eighties, who graduated in Belle Arti at the University of Bologna.

Sara is an artist, a designer, a creative. After showing her work all around Italy, she came to Trieste, where she approached the world of fashion and of textile art. For 2 years she was an apprentice at a tailor’s, learning the art of shaping, cutting and sewing…In 2011 she creates her first brand, VerdeOlivia; 2 years later she moves to London and founds Nodo.

I’m telling you about Sara, non only because I adore her creations, but especially because she now need me and you to help her out… How? Let me tell you!

Sara is planning to open a startup, a small business of her own to promote her brand. She doesn’t have enough budget to do it, so she decided to entrust her dream to crowd funding, a new system of money raising that is used a lot abroad, less so in Italy, to help young (or not) creatives to start their projects.

How does it work? Every project has a defined period – for Nodo it’s 30 days – in which to reach a determined economic goal. Anyone who registers on the webpage  can become a supporter (backer), promising to finance the project with a sum of his choice (pledge), Once the established period is over, if the goal has been reached, the collected money will be given to the project initiator, that will use it to achieve what was promised (reward).

Even Sara decided to accept the challance with Nodo, by selling her creations: cards for 3 pounds, bracelets for 13, Limited Edition necklaces for 54 and much more; there’s something for every preference and any budget! Anyone can commit to purchasing some accessory which they will receive only if the campaign reaches its final goal, that for Nodo is 4.000 pounds.

Once the amount is reached you will receive your accessory that will be sent to you between August and September (depending on your purchase); if the goal isn’t reached, obviously you won’t receive the object, and you won’t even be charged the price.

What are the 4.000 pounds for? To launch her startup. Specifically: train someone to help her with making her jewelry, create a web site to sell online, and reducing the prices on materials and packaging, and maybe managing to create a line for every season.

I’m a sustainer of crowd funding, I believe it to be an intelligent way to help interesting and innovative projects. And Nodo is definitely one of these: an expression of passion and talent , it would be a shame not to help them out.

Everyone of us can be part of Sara’s dream, by buying a small “brick”  that will help build the staircase that Nodo needs to reach the top. From up there, observing the horizon, she will shout:”Thanks to everyone, now my dream can really start!” Good luck Sara!