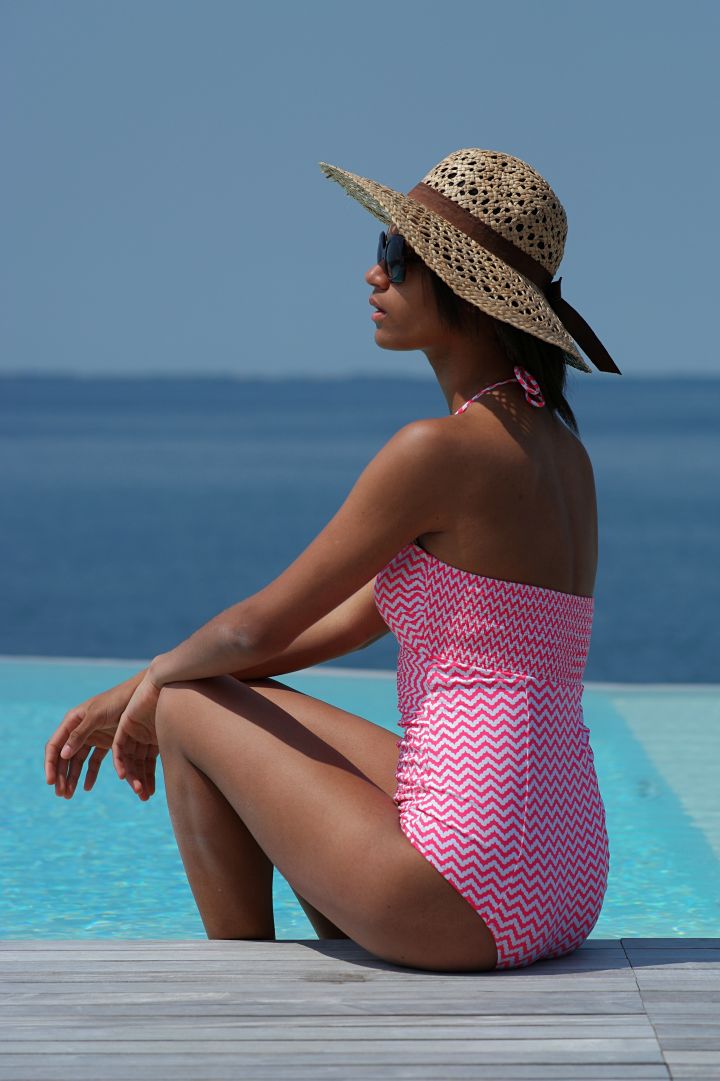 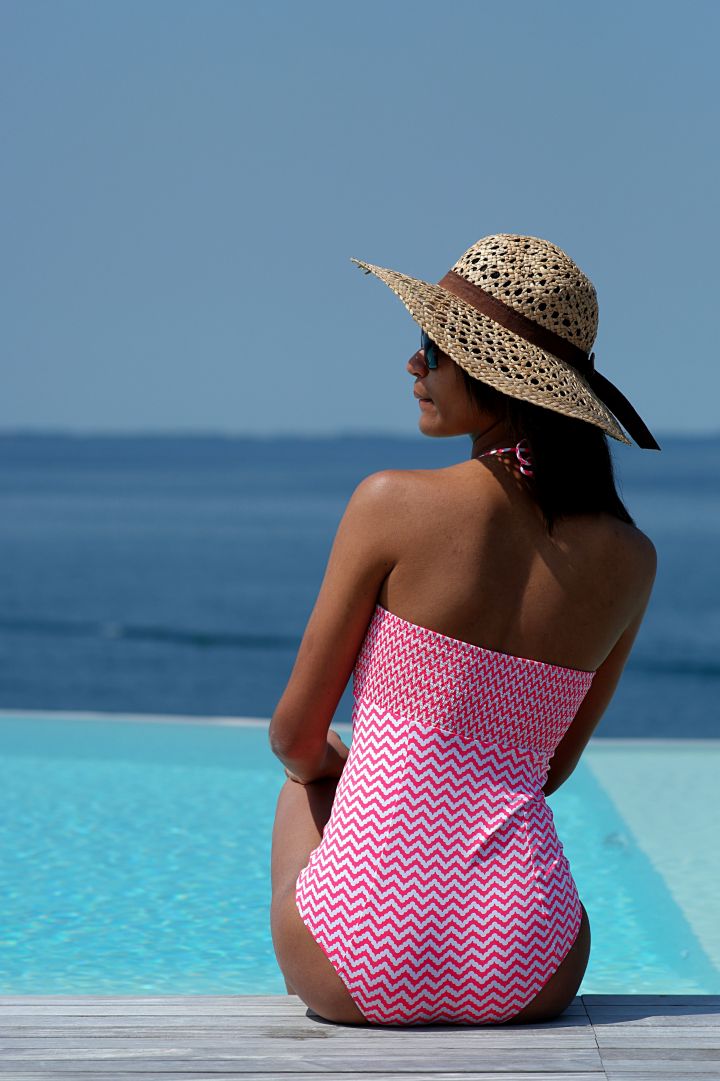 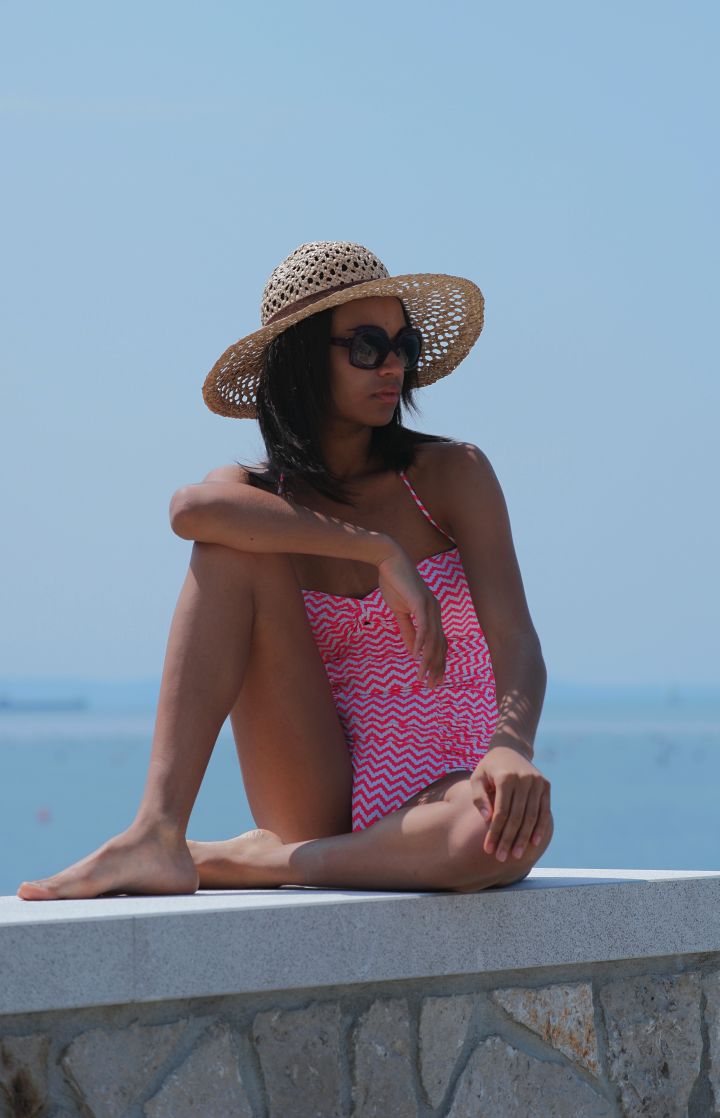 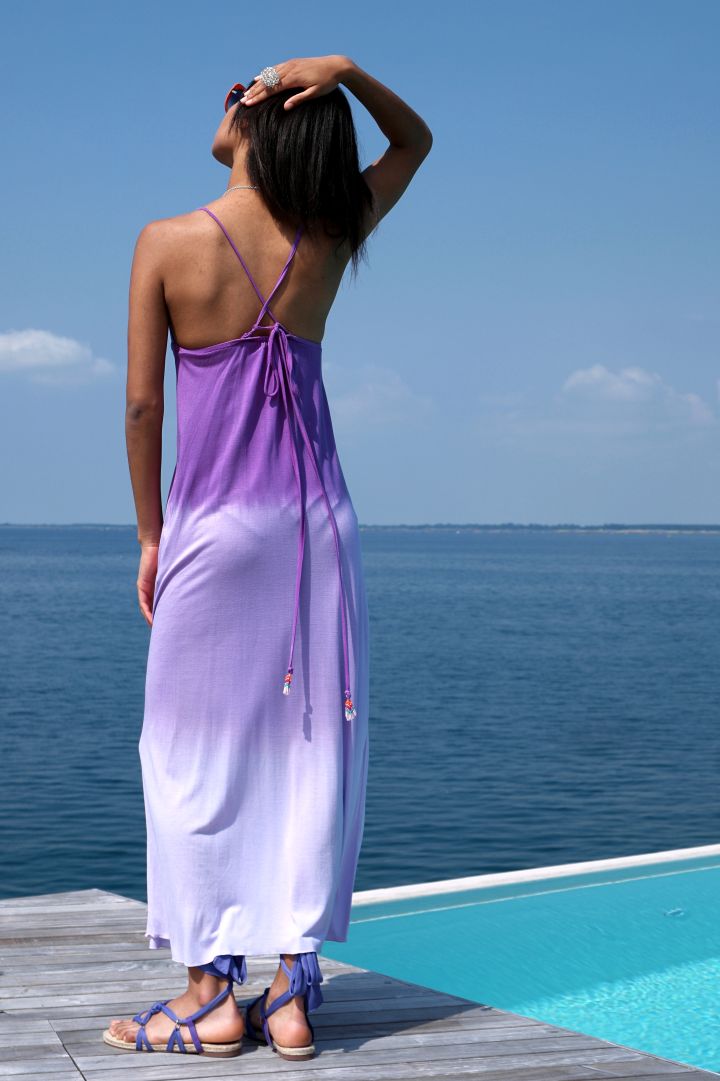 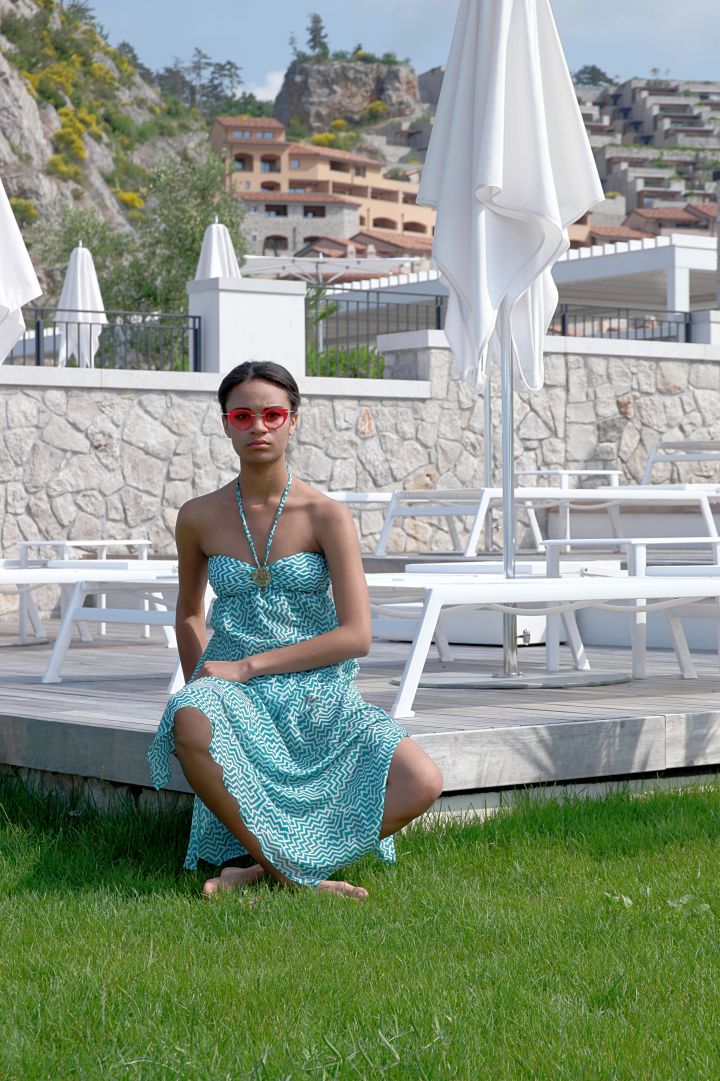 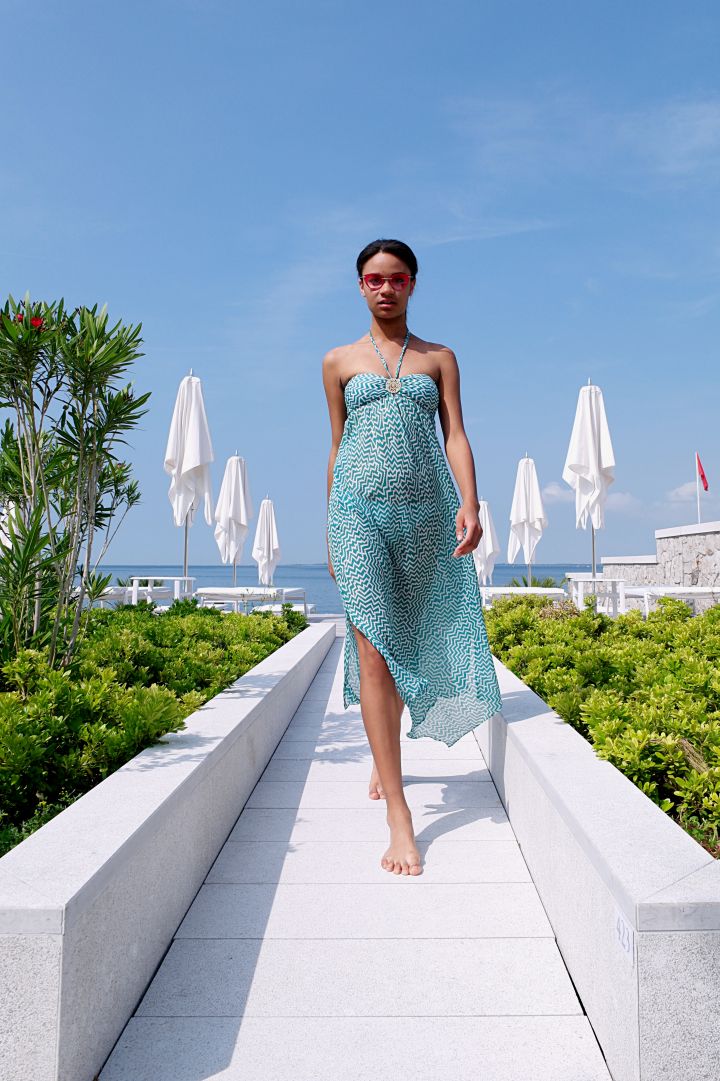 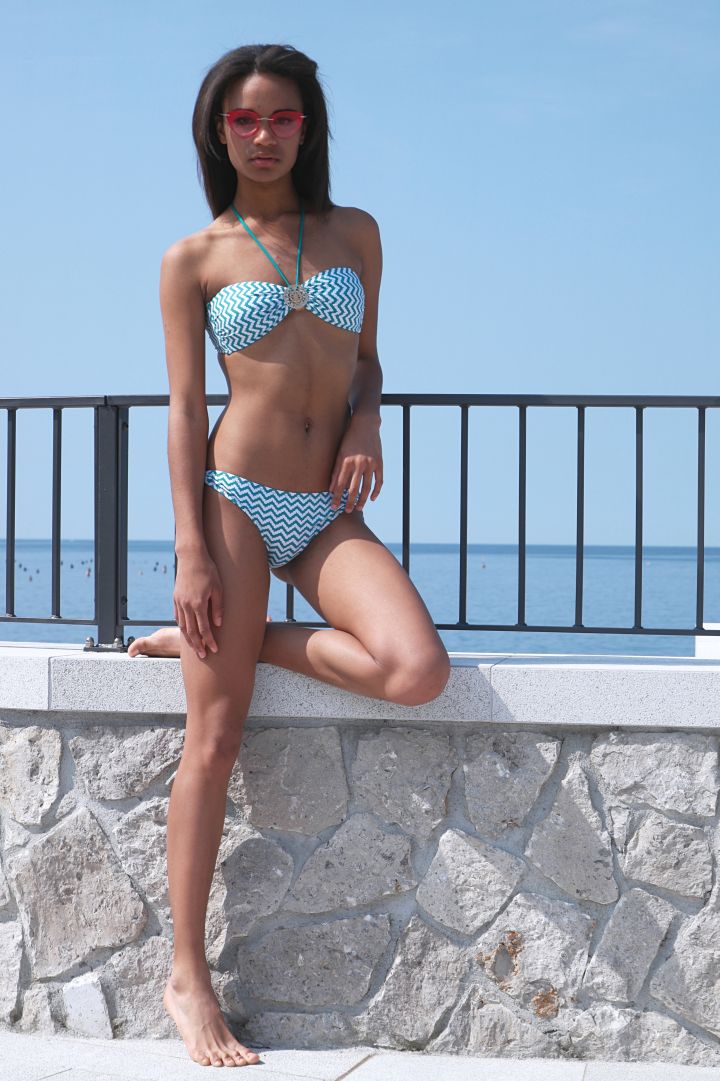 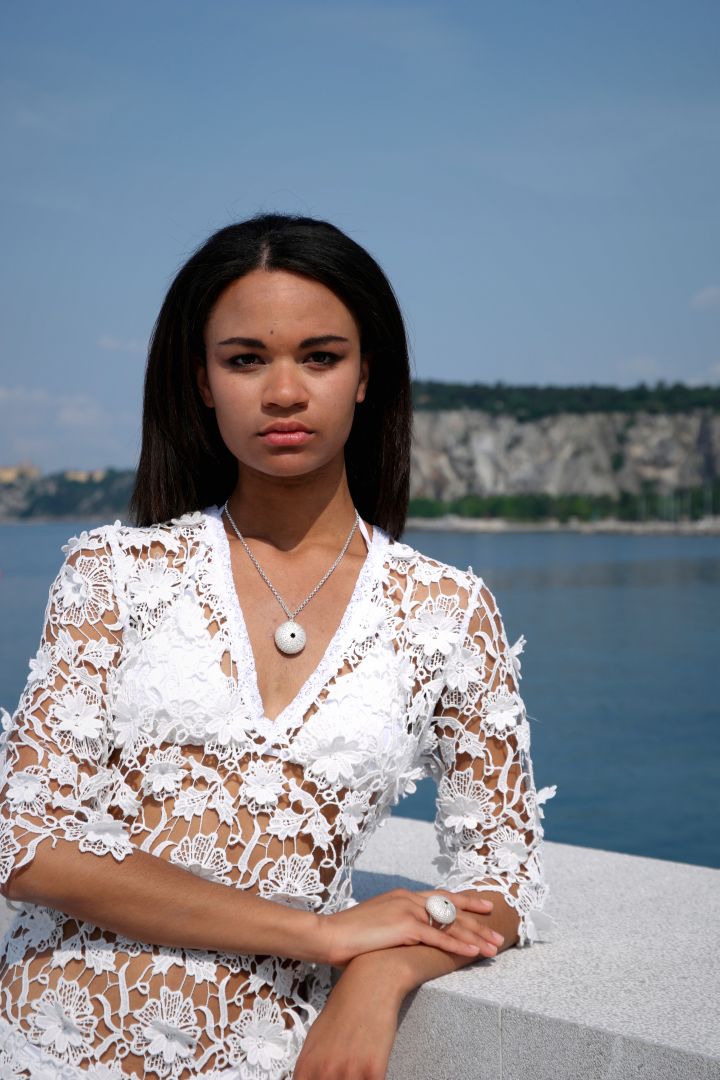 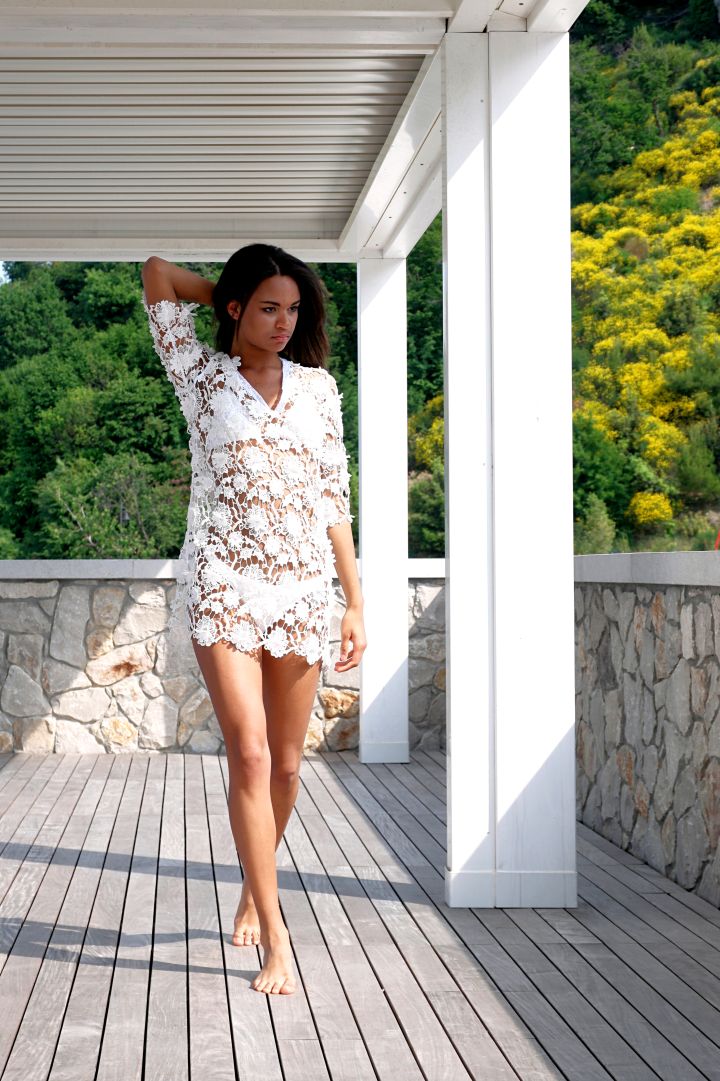 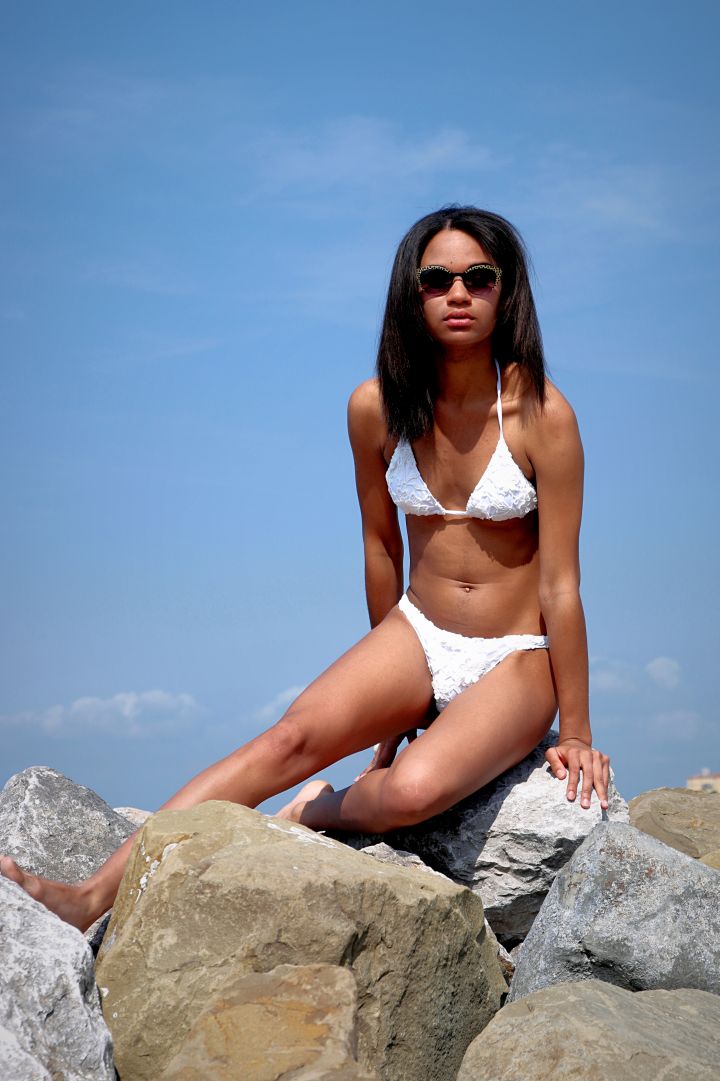 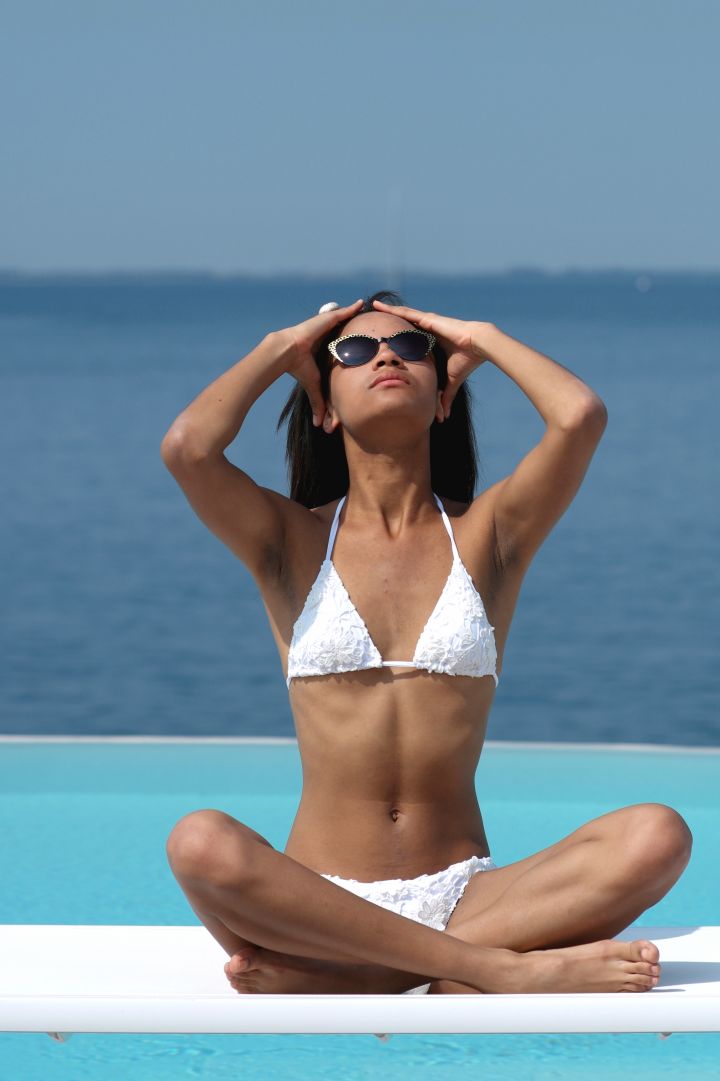 An elegant location for a fun idea

There are some occasions when dreams come true and, almost like magic, that idea, that wish that you cared so much about, turns into something real, concrete and tangible. It’s what happened with the project I’ll tell you about today. I was looking for a place on the sea, that conjured feelings of holiday and relaxation, where to do a photo session with bathing suits and handcrafted accessories.

Trieste’s coastline is filled with appealing coves, enchanted locations where nature embraces open sea, but what I was looking for was a little paradise where I could accomplish what my mind had already imagined. With a little thinking and an X-ray style selection I finally found the place: The Beach Club of Portopiccolo in Sistiana, the perfect location, just a few kilometres from Trieste.

Portopiccolo is a project of urban requalification. It originally was a limestone quarry, in disuse for years, that was transformed into a pearl, perfect down to the minimal details: from the marina for yachts to the villas, from the apartments to the Beach Club that has every comfort, even for the most demanding customers. And swimming pools that confuse with the sea, spas, restaurants, bars, organic shops… Furthermore, in July there will be the inauguration of the only Boutique 5 star Hotel of the Region of Friuli Venezia Giulia. In other words, a dream! If you haven’t been there yet I suggest having a look at their web site, you’ll be captured!

Portopiccolo’s Beach Club has never before been the location of a photo shooting, so you can imagine how I felt when I received the following message: “For the project ‘An elegant location for a fun idea’ we can reserve the area of the Beach Club”. Happy is to say the least: my dream was coming true!

And so after I had received my long desired permission, I started searching for bathing suits. Who better to help me that Roberta from LC? Roberta is my official pusher. For years I’ve been getting my supplies from her, not only for the vast assortment, but also because I can always find something special. Furthermore her shop is in Sistiana, really close to Portopiccolo. And, something to not be underestimated, the prices are within everyone’s reach.

Once the bathing suits had been chosen, I dedicated myself to the choice of the accessories. First of all the jewellery, elegant and refined, like the ones make by a goldsmith boutique in Trieste that I adore. It’s called Artrè and it’s just round the corner from Piazza Unità d’Italia. It offers an ample choice of jewellery with a unique and original design, created by Corinna Ljubisich and Robarto and Franca the , an explosion of fantasy, creativeness and talent. They use several different materials: gold, precious stones, corals, hard stones and silver. And this time I decided to go with silver, not an excessively expensive metal, but of great effect.

And for the last touch, the sunglasses that I “stole/borrowed” from one of the most traditional optician boutiques in town (Centro Ottico Bossi). Lenses of well-known brands, with shapes and colours that were a perfect match for my outfits.

Maybe I got slightly carried away…at the end of the tour my car was overflowing but “beautiful things”. In the next post I’ll tell you how it all went and how I spent my day between the sea, beach, pools and… but now have a look at the photos!