Novi Sad. The little Austria in the Balkans

Here’s what you should see surrounded by the beautiful blue Danube!

Once I left the lovely city of Belgrade (LINK), I took about an hour’s drive to the second largest city in Serbia, the capital of the Voivodina region, which has almost 400 thousand residents. Ladies and gentlemen, welcome to Novi Sad!

An undiscovered location until lately, it’s starting to flourish thanks to a nomination it received as the “Best in Travel” by Lonely Planet that put it in third place of the locations to visit in 2019.

I definitely had to have a look around, right?

At my arrival I settled in at the Centar Hotel a pleasant modern building with large rooms. The best part? The location! As soon as you walk out the hotel you’ll be right in the middle of the old city. From my room I could admire the rooftop and pinnacles of the Church of the Name of Maria (Crkva Imena Marijinog), planned by the Hungarian architect György Molnár and built in 1892.

My walk through the old part of Novi Sad starts here. Do you know that this is one of the oldest cities of the Balkan area? The first settlements date back to the stone age. Novi Sad has seen many populations pass through it, first the Celts, then the Roman, the Huns and the Byzantines, and during the middle ages it was part of the Hungarian Kingdom. Between the XVI and XVII century it was owned by the Ottoman Empire, until it became part of the Hapsburg Empire. All the different populations have left a sign in the architecture and the culture.

But let’s get back to my walk… from the hotel it took me 2 minutes to reach the Liberty Square, which is surrounded by some of the most important buildings like the Town Hall, the Headquarters of the Bank of Voivodina, of the Novosadska štedionica and Neo Catholich parish in a Gothic style. 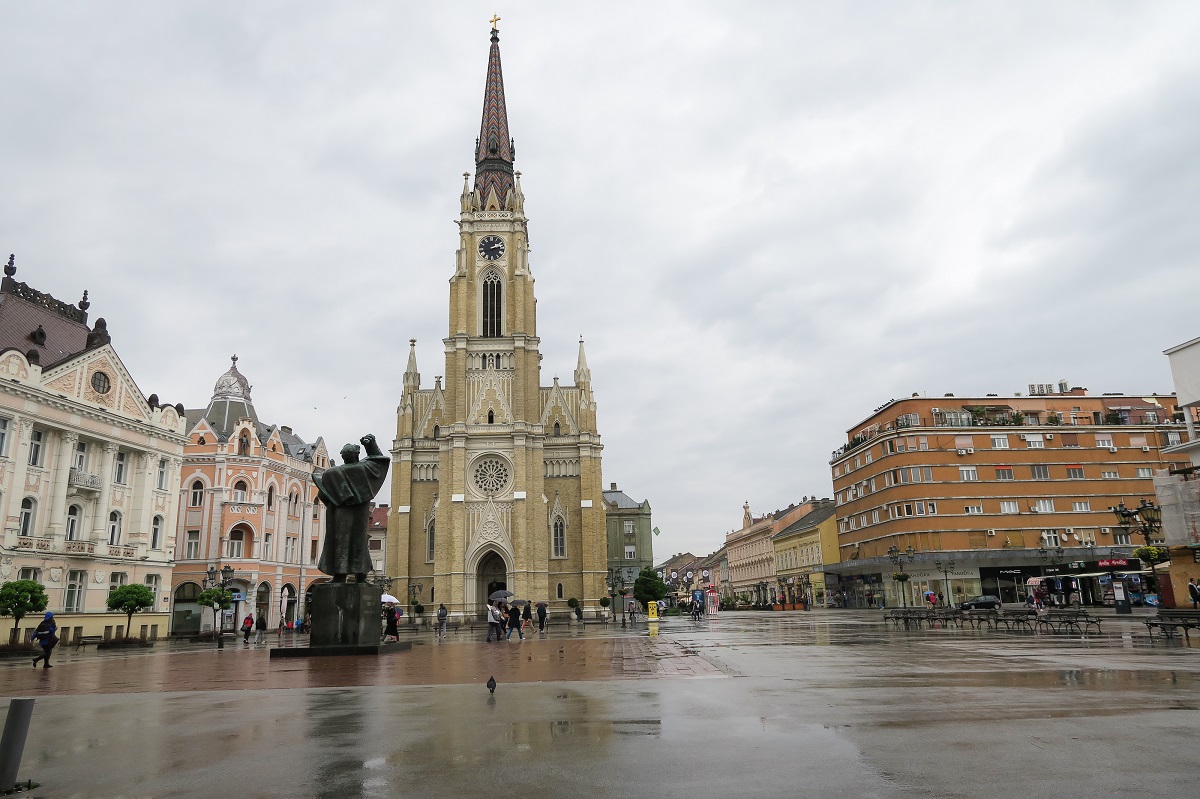 I decide to walk into the Church of the Name of Maria. It’s beautiful, have a look for yourselves… 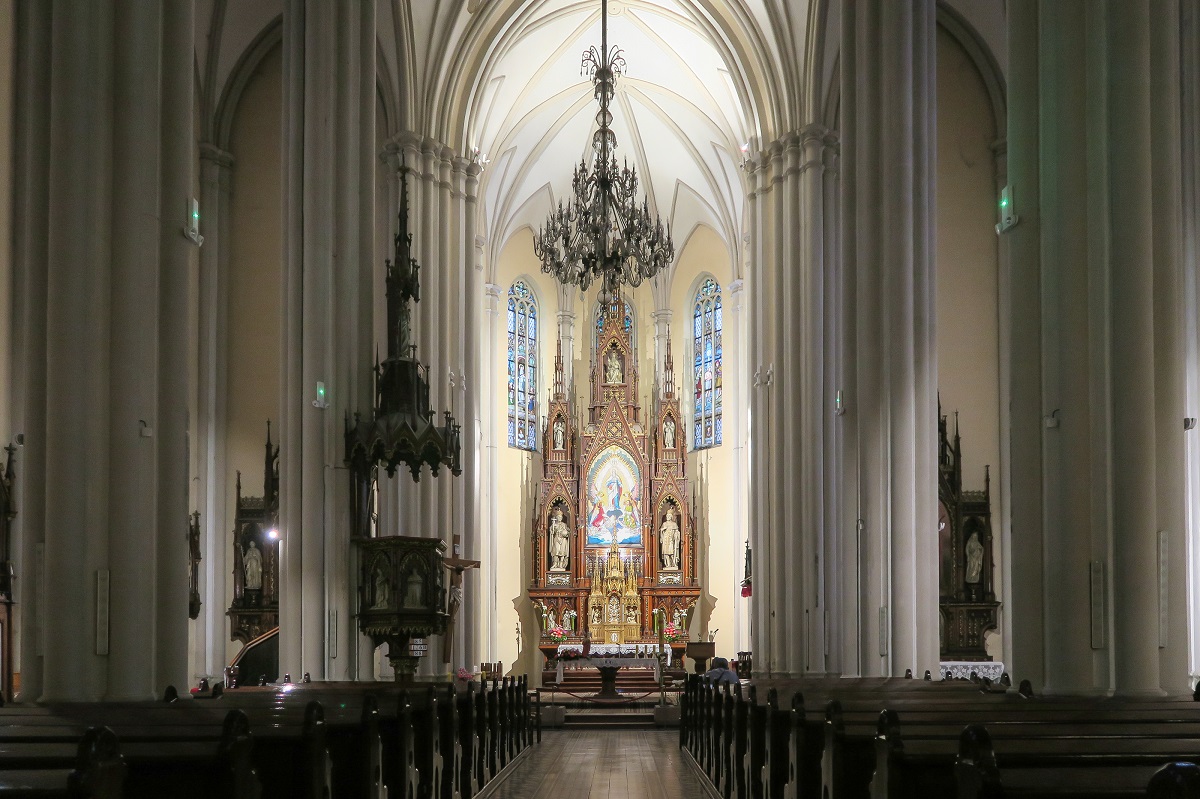 After a brief stop I walk along the Zmaj Jovina street and continue along Dunavska, the two main pedestrian routes in the center of Novi Sad. Here, among different religious buildings, it’s worth stopping at Saint George’s Cathedral and the Synagogue from 1906, which is part of a building complex which also includes the Hebrew town hall and the old Jewish school that now is a ballet school. You’ll find yourself looking up among the lovely colored houses which follow you along your walk! 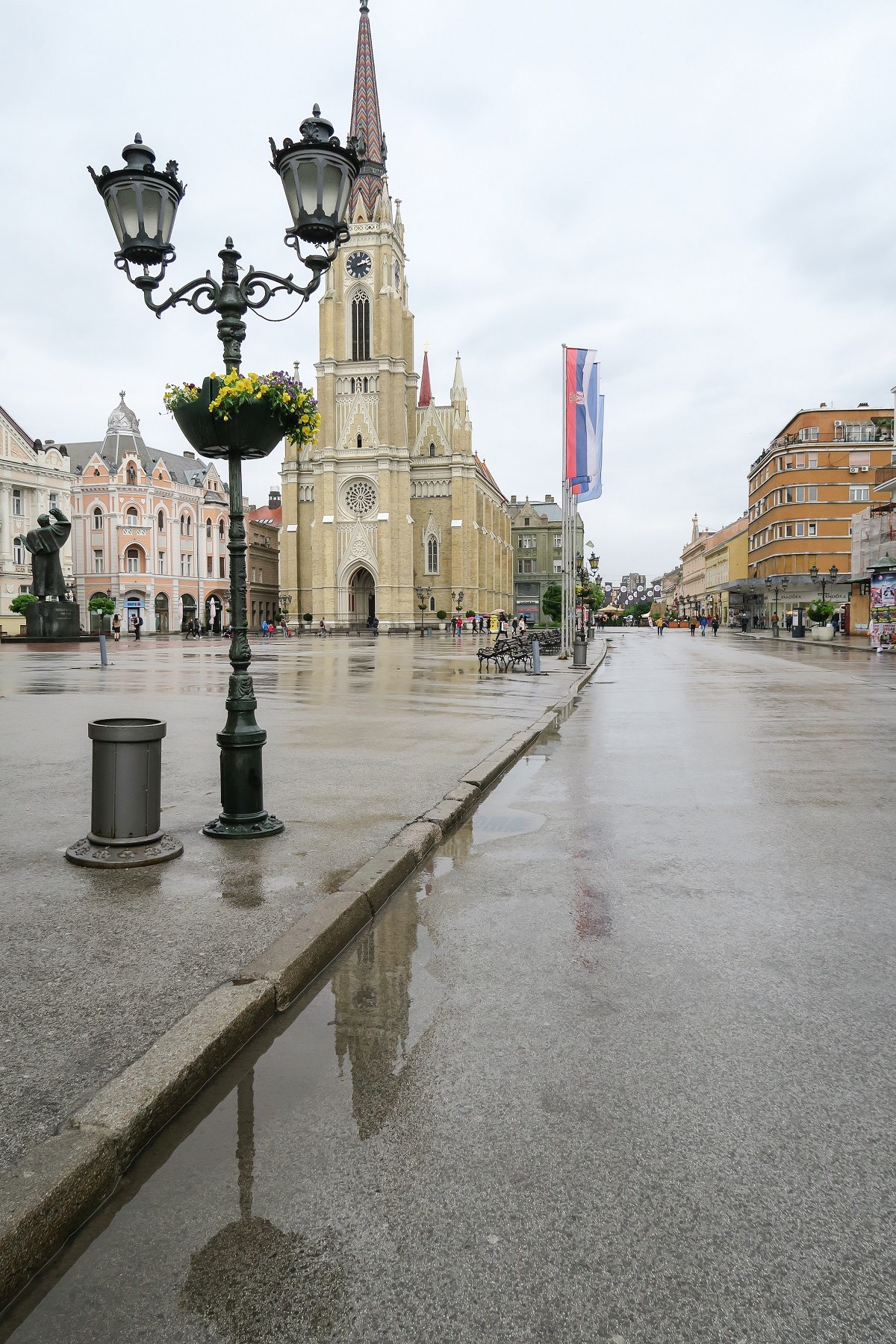 From here I suggest you continue along Dunavska which passes a lovely park along the Danube! 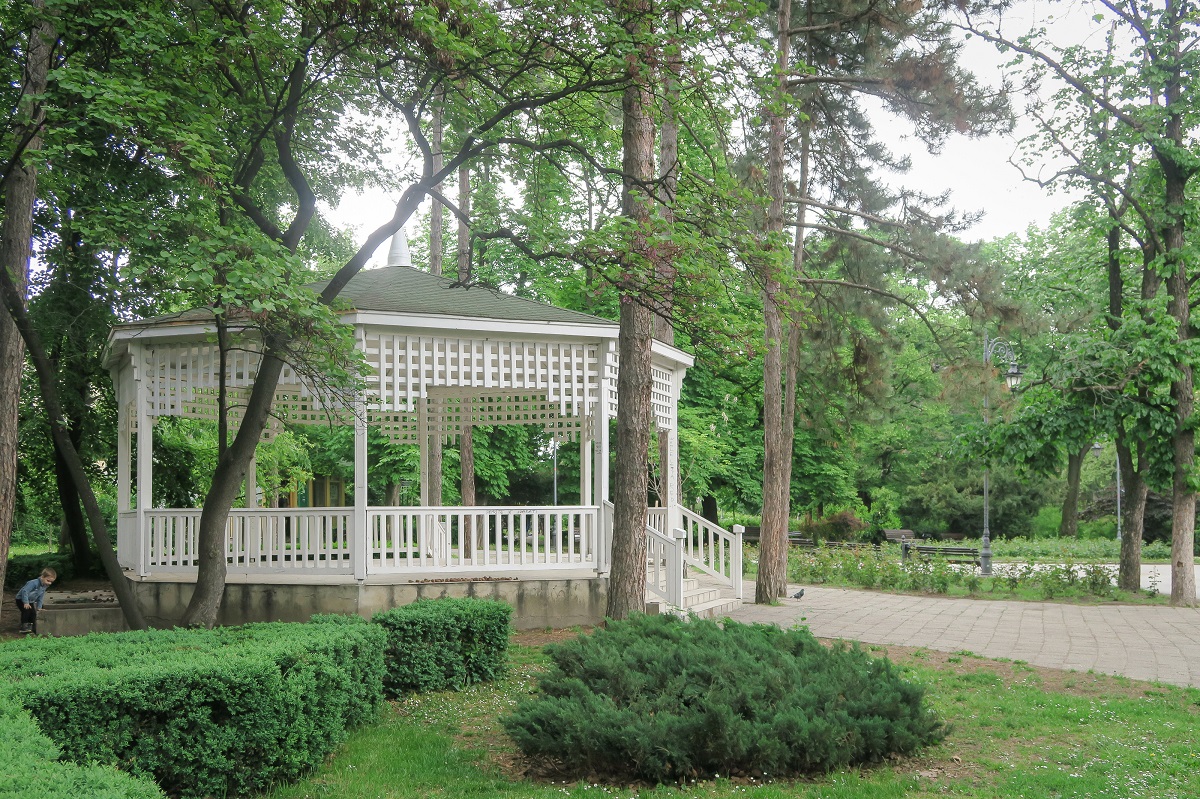 Follow the park and you’ll reach the Museum of art and history of Vojvodina which, among many other things, jealously keeps a collection of traditional clothing. You’ll be amazed. 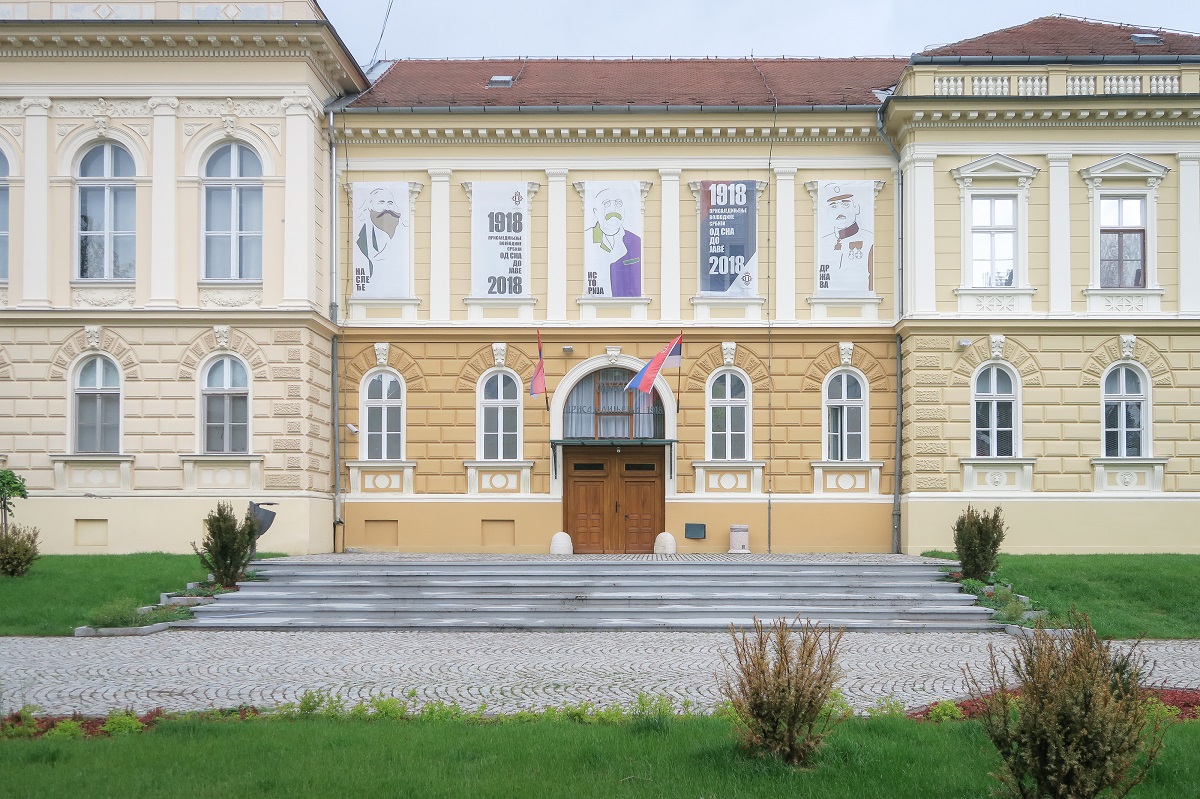 You can cross the Danube close to the museum and reach the Fortress of Petrovaradin, which was built between 1692 and 1780; it started out as a citadel and then became a Cistercian Convent. Can you guess what it’s best known for? For its clock tower, which is considered the symbol of the city. It’s unique because the hour dial actually shows the minutes, while the minute dial shows the hour. 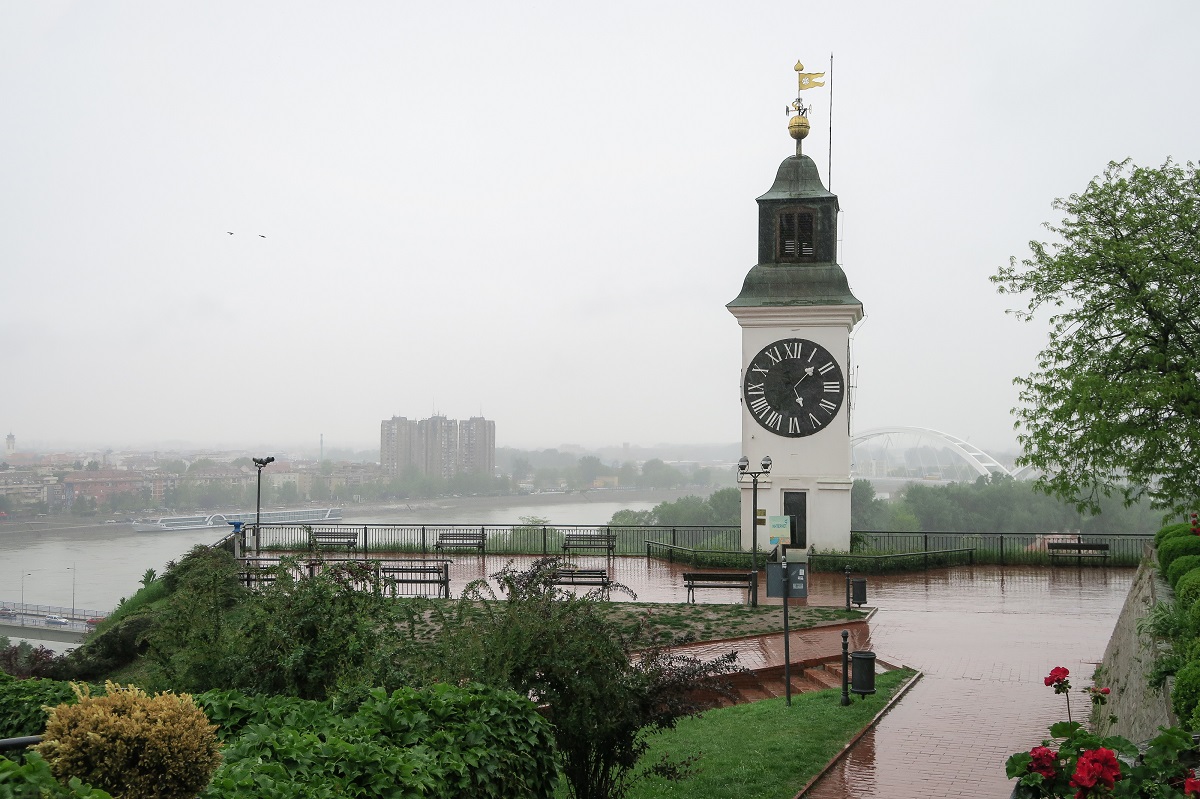 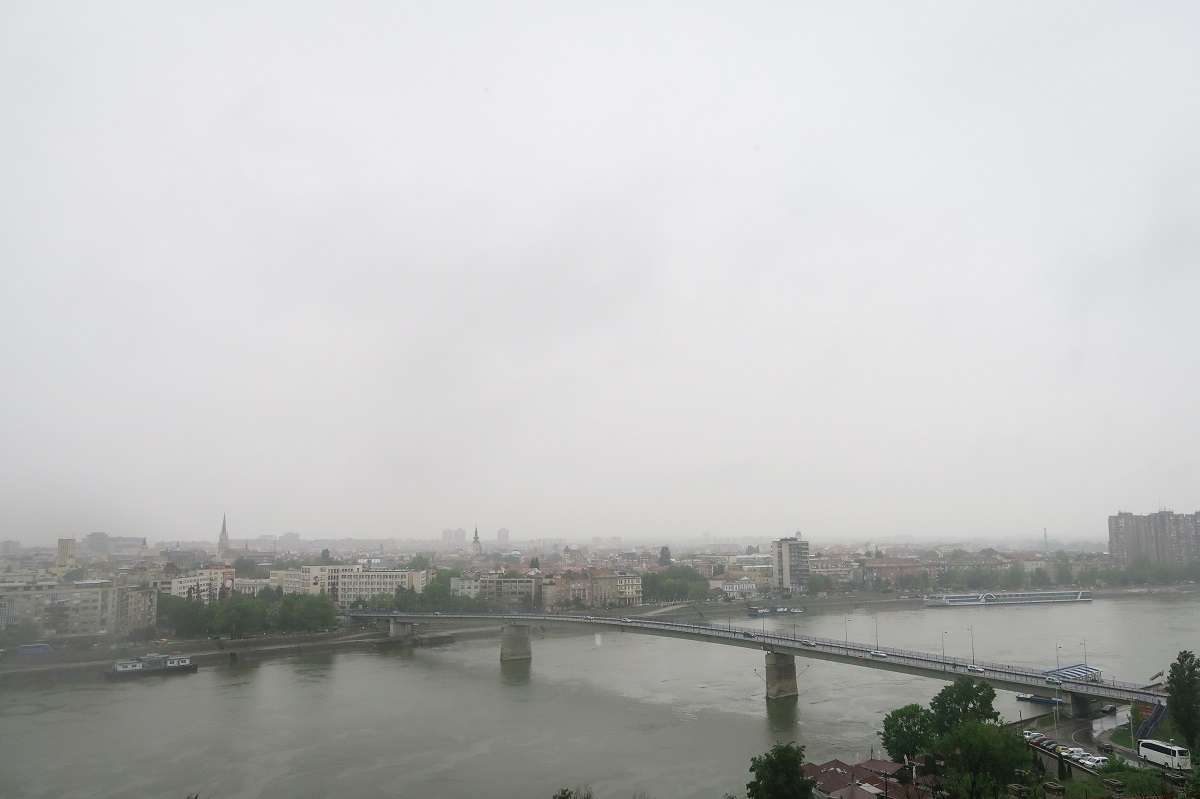 In the Petrovaradin area of the city you’ll find many ateliers, galleries, clubs, as well as the Civic Museum of Novi Sad, the Fine Arts Academy, the observatory and the town archive.

The Fortress is one of the largest in Europe, with over 16 kilometers of tunnels; this incredible location is also where one of the most famous European Music festivals is held, EXIT, which is every year in the first days of July.

As I return towards the hotel I stop by a market…and that’s where I get lost among the thousands of “Izvolite” called out by the salesmen. After all, you know I love such magical places. 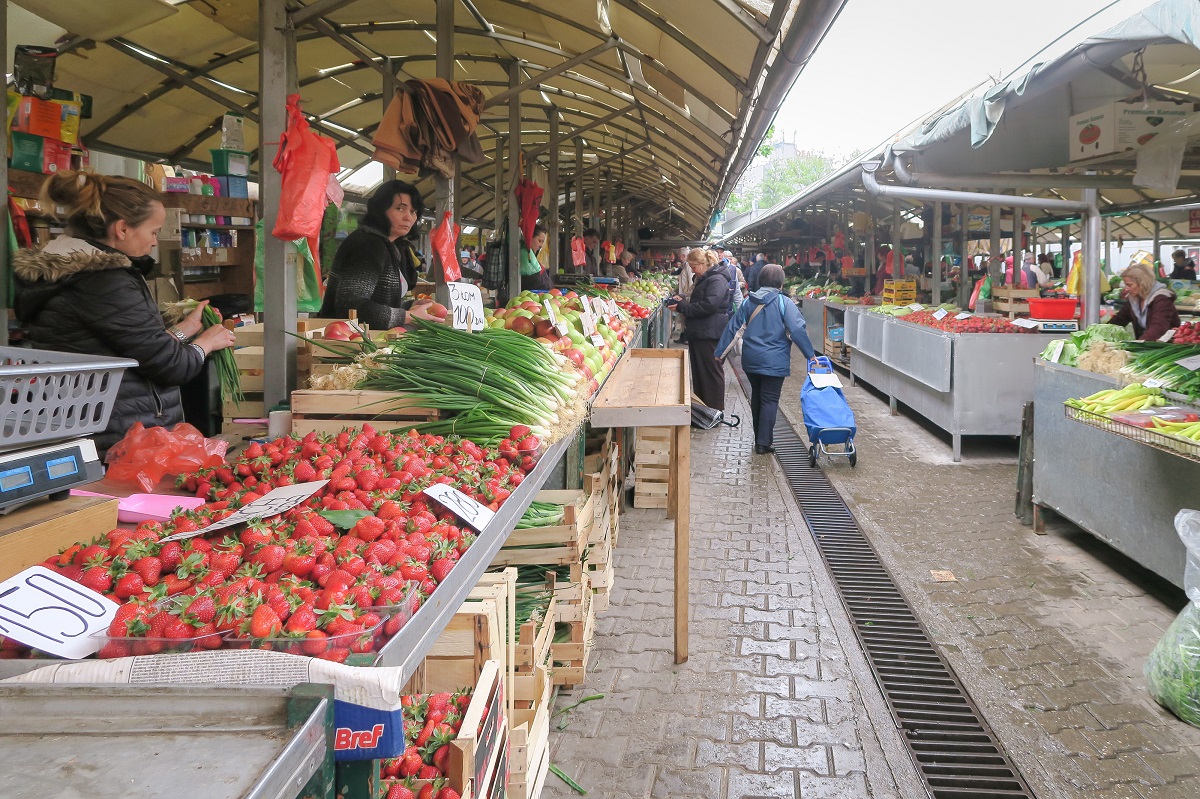 Can you hear the bells too? It’s dinner time! The cuisine in Novi Sad, like the food in all of Serbia, has absorbed some of the traditions from Turkey, Greece and Austria. You definitely should try the meat because it’s really excellent in this area.

I decide to eat at Piknik Which is a little further out from the center, but I feel like exploring a different area… which is right on the edge of the Danube. It’s a shame for the dull weather, because if it had been a nice sunny day everything would have looked even more beautiful and colorful and Gio and I could have had our meal outside.

But never mind, we still got to eat some excellent meat J 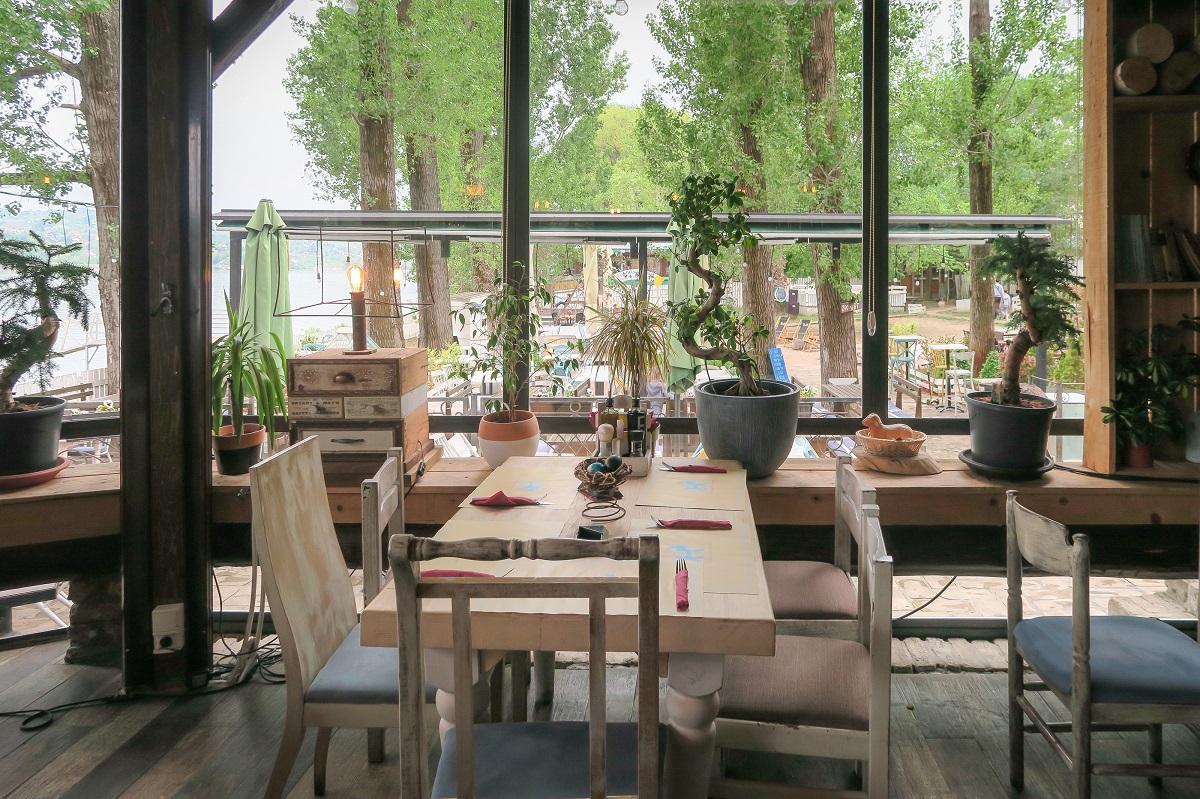 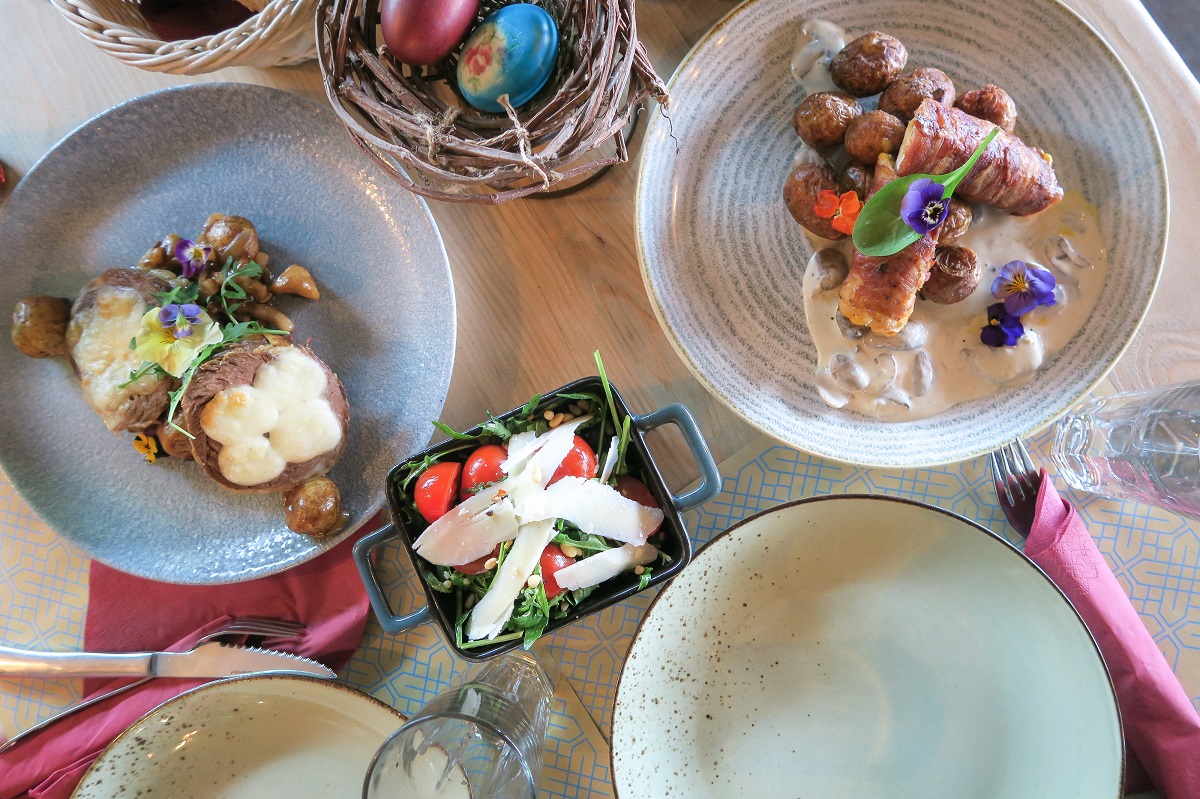 If you’d like to stop for a break in the center of town I suggest you stop for coffee inside the tram (yes, it’s not a typo) Trčika , or stop for drinks at Giardino which you’ll find on the last floor of a modern building or a quick lunch at Petrus 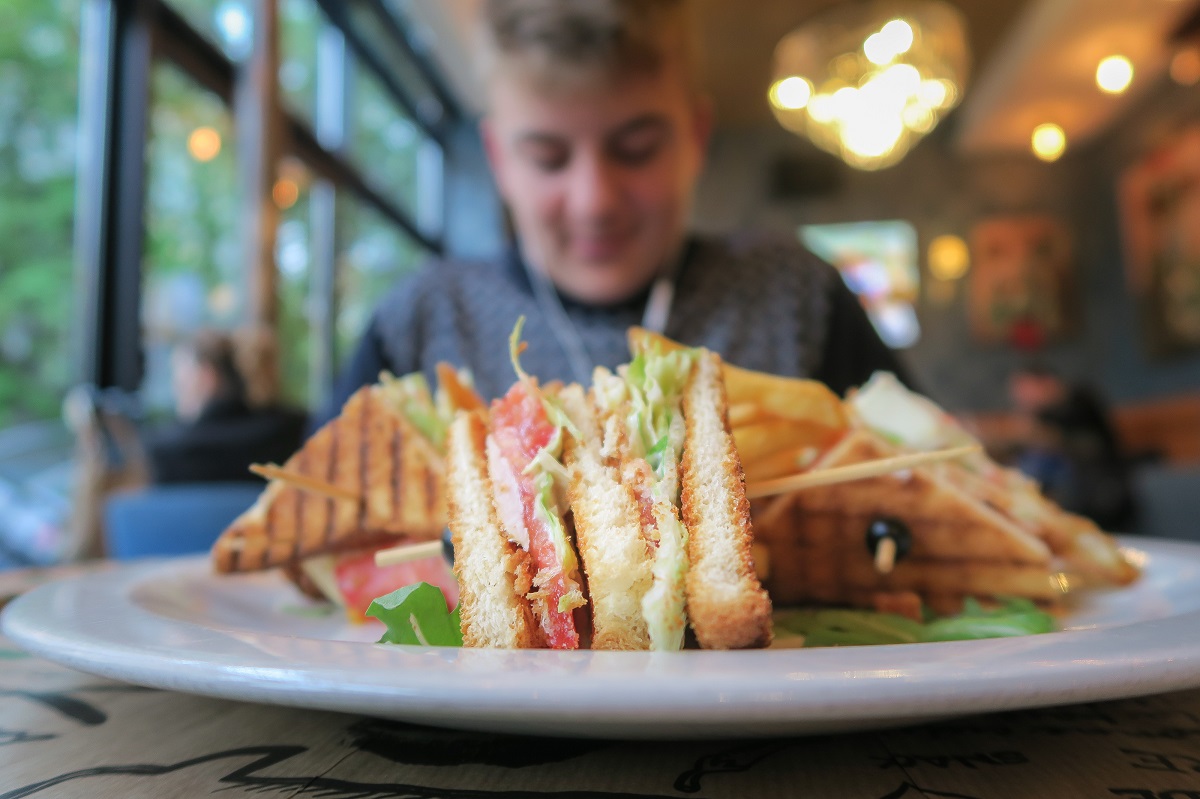 As you leave town you should stop at the Fruška Gora National Park, home to many animal species. As well as woods, precious ecosystems and geomorphological systems, on the Fruška Gora mountain you’ll find the famous Fruškogorski manastiri monasteries (about twenty).

I’ll let you admire these lovely photographs and say goodbye. Your turn to have a look around now!

See you on my next adventure. 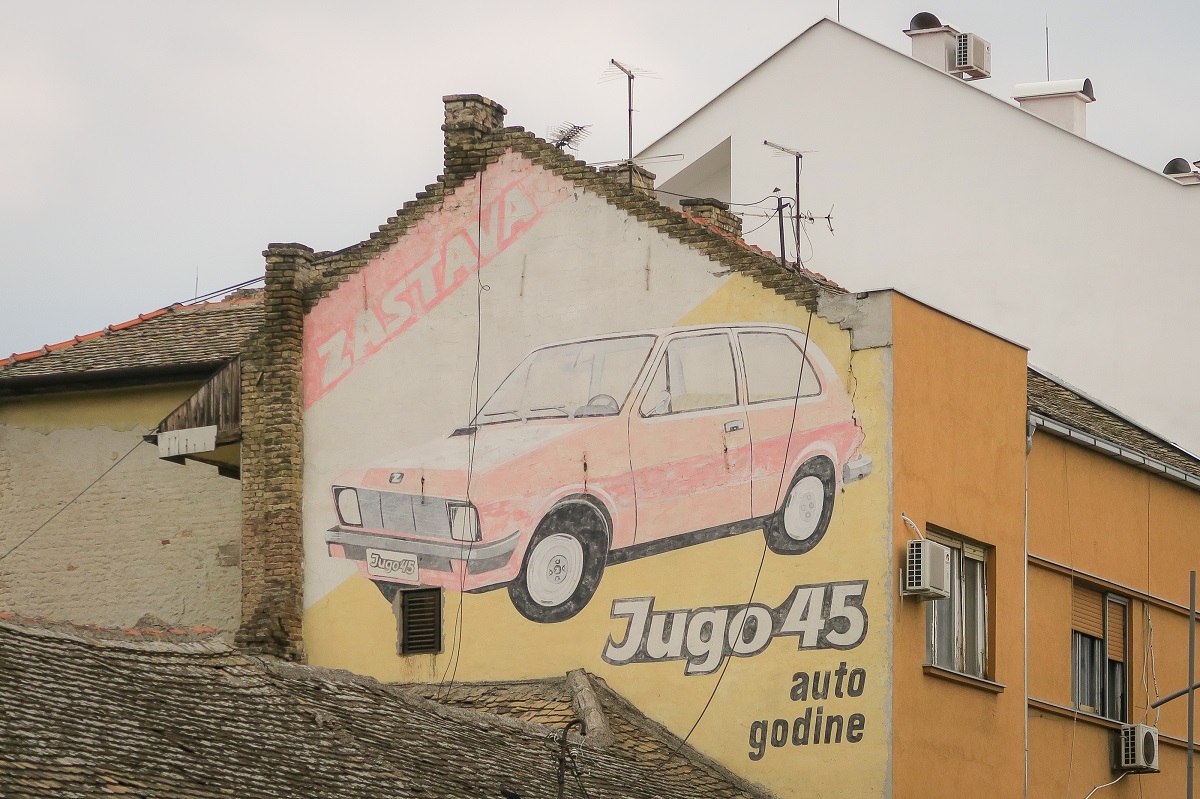 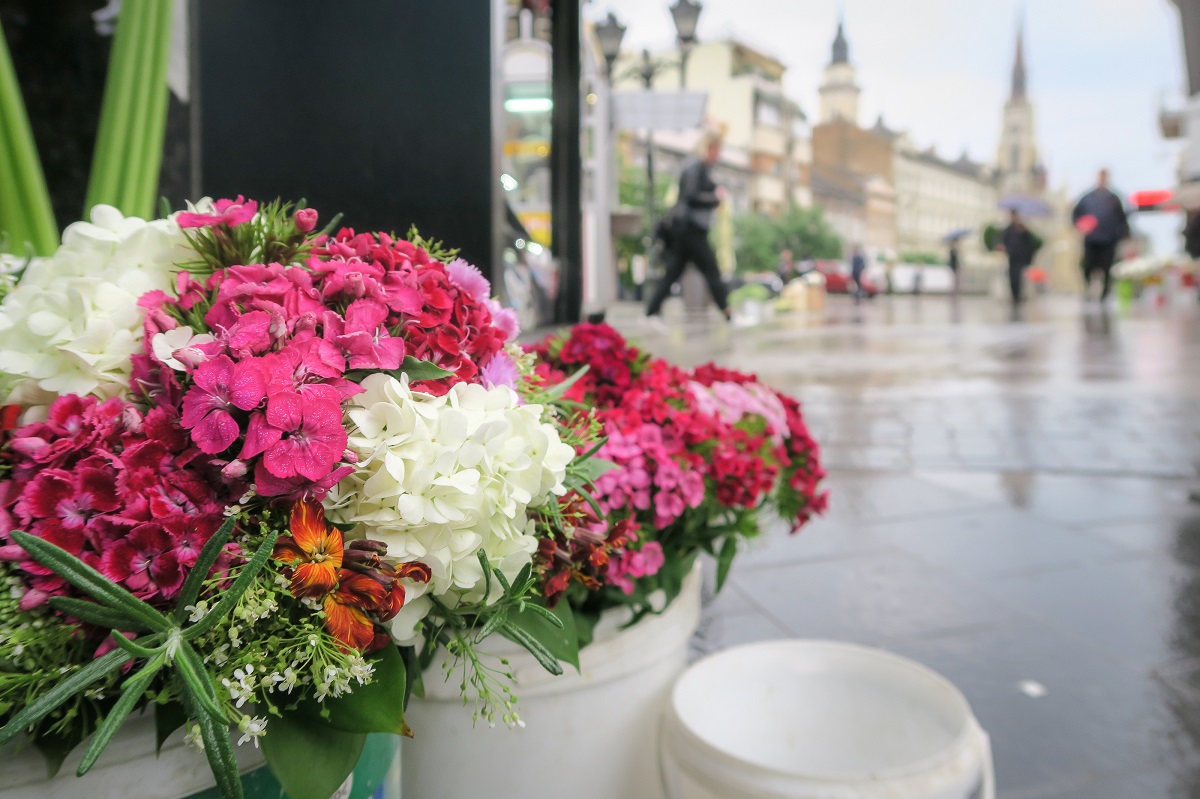 Belgrade, the NY of the Balkans 2/2

11 things to do in Klagenfurt