Traditional scarf prints are reborn here in Trieste (the ones that were onced used in Eastern countries). A traditional item that is reborn in a modern style and that I can’t wait to tell you all about… a story written by Dezen Dezen!

This ambitious project (and delightful I should add!) was thought of by Marco Cernogoraz also called “Coccolo” (which was his grandmother’s surname, but also means “a nice person” in Trieste’s dialect!) class of 1983, born in Zagabria, and by Michele Grimaz from Udine, class of 1988.

We need to go back in time a little, because these printed scarfs used to be made by Marco’s grandmother back in 1938, in a small company in Zagabria; the company was then passed on to her daughter Jagoda (Marco’s mother), who married Angelo, an Italian from Istria, and together they decided to buy ink and fabric from Como. It was a big step up in quality.

In the nineties, before the war, the Habčić-Cernogoraz family used to print scarfs for 8 to 10 hours a day. These were then sent all over Eastern Europe and to the ex Jugoslavia area; with the start of the war and later on a fire which involved their home and workshop, the company started having serious problems. In the last years they would print only twice a year. Today, Marco’s mother has started up this lovely company again, producing traditional foulards for folkloristic groups; Marco decided to move to Trieste, his second home town, to expand his family tradition, even if with a more traditional twist.

That’s how their story got them here today. Dezen Dezen is a project that started as a small experiment with 30 t-shirts, printed with his family’s original silk screens. They were initially presented at the Bologna t-shirt festival in 2014. They returned to Trieste much lighter, they sold everything and the enthusiasm they were met with still drives Marco and Michele to bring their t-shirts to markets in Austria, Germany, Slovenia, Croatia and Italy. 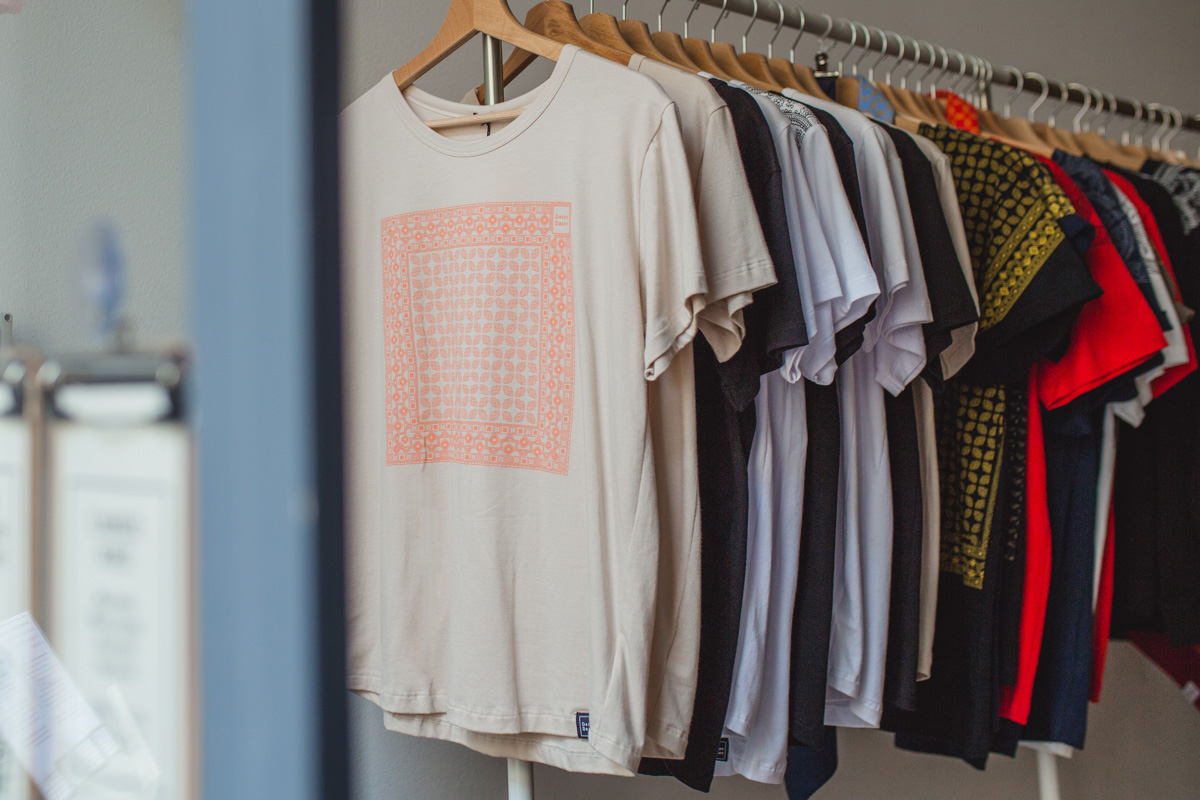 When they first started out it was practically a hobby, but after a year they decided that the roots of this project had to become more solid; they couldn’t keep relying on prints that came from the old workshop in Zagabria, they needed new space!

In 2016 they opened their company, taking part in a project for young entrepreneurs; they were first in list to receive funding, but, as it happens too often in Italy, it was really difficult to actually obtain it. In the end they decided to fund their own workshop, which may be small but is packed with ideas, hope and love.

In 2017 they finally open Dezen Dezen, in via Emanuele Filiberto Duca d’Aosta 6/b, where everyone can admire their products: scarfs, t-shirts, jumpers, cloaks, bags and foulards are displayed in an almost obsessive order, with precision and order. 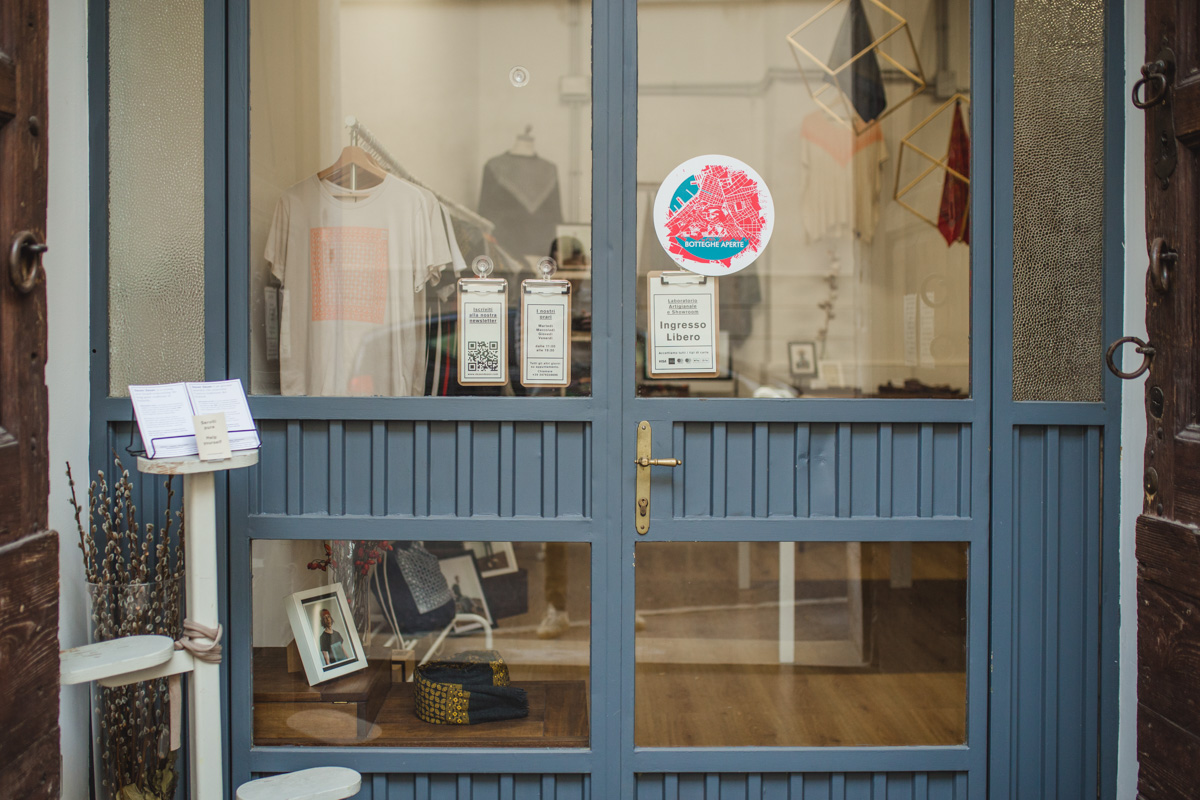 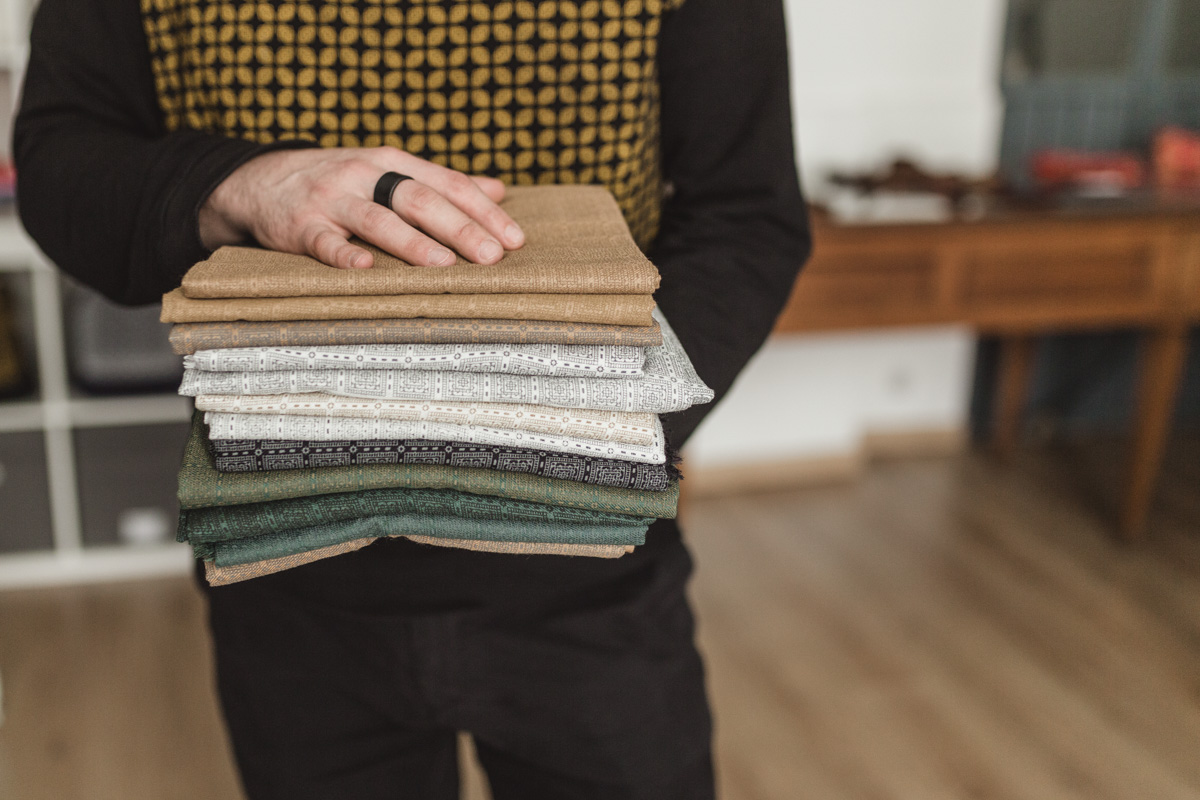 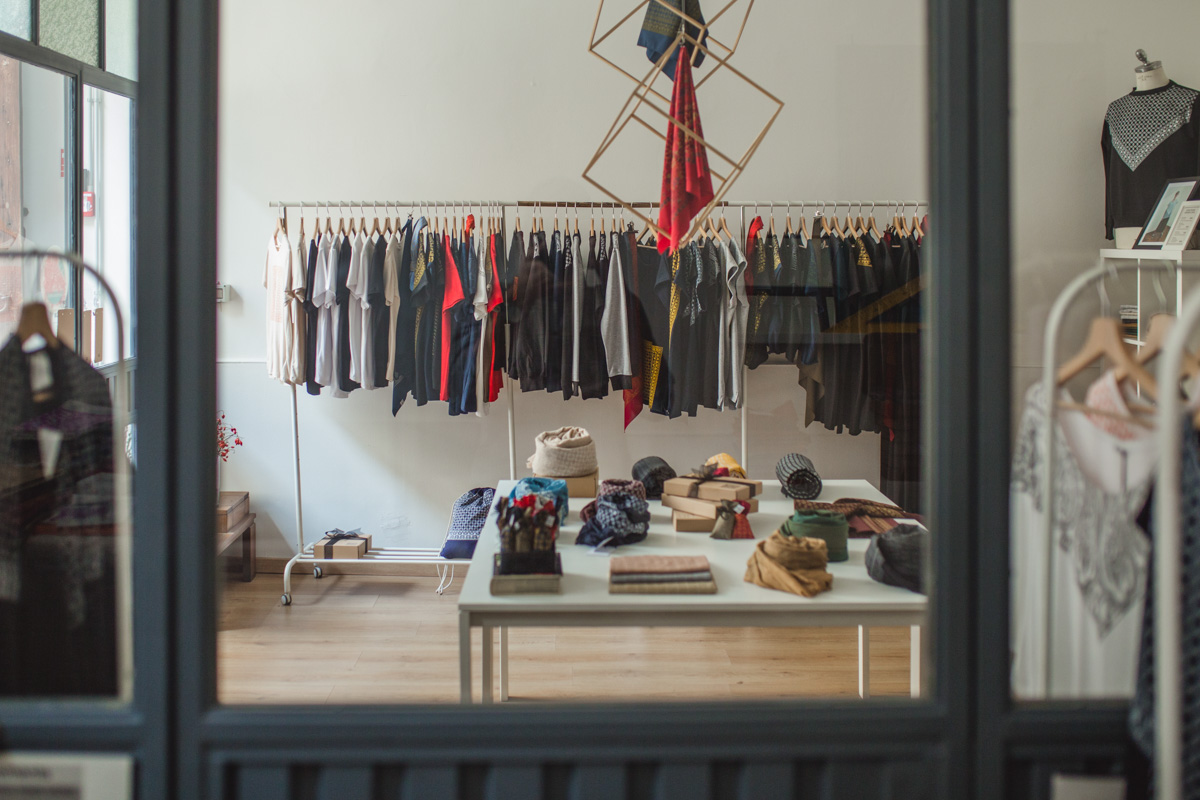 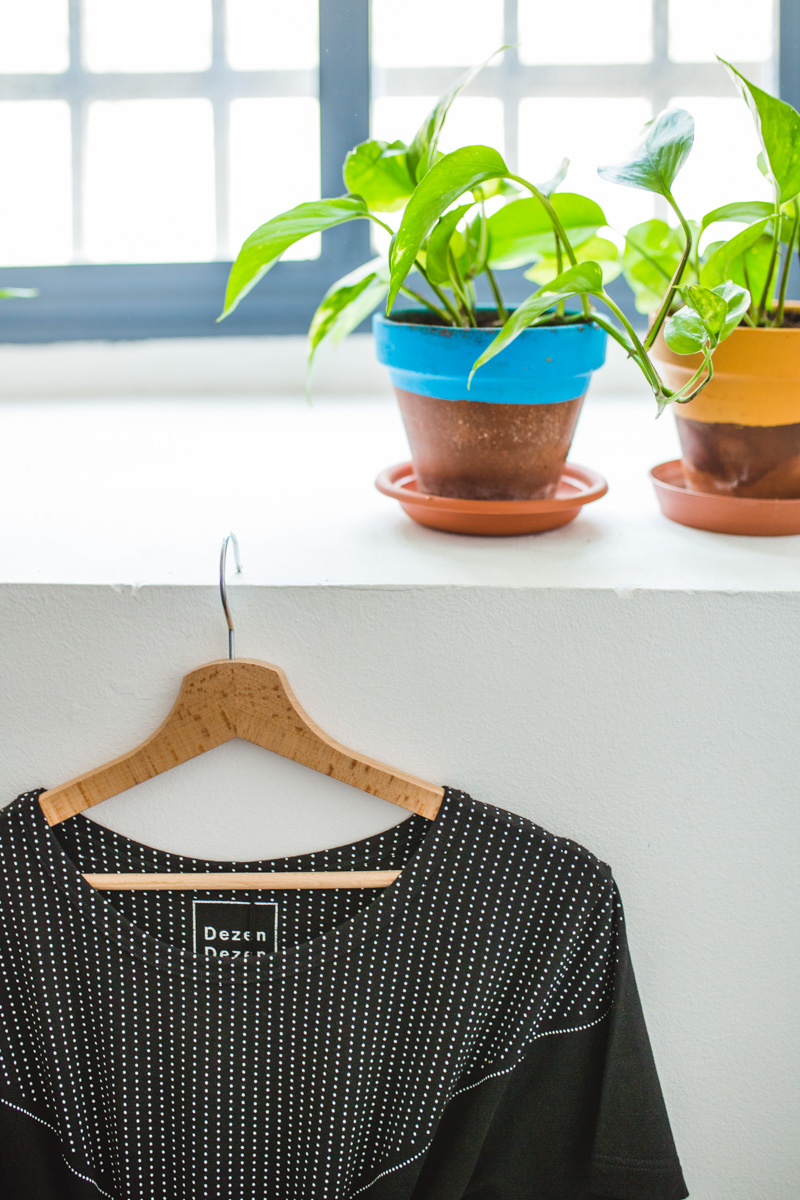 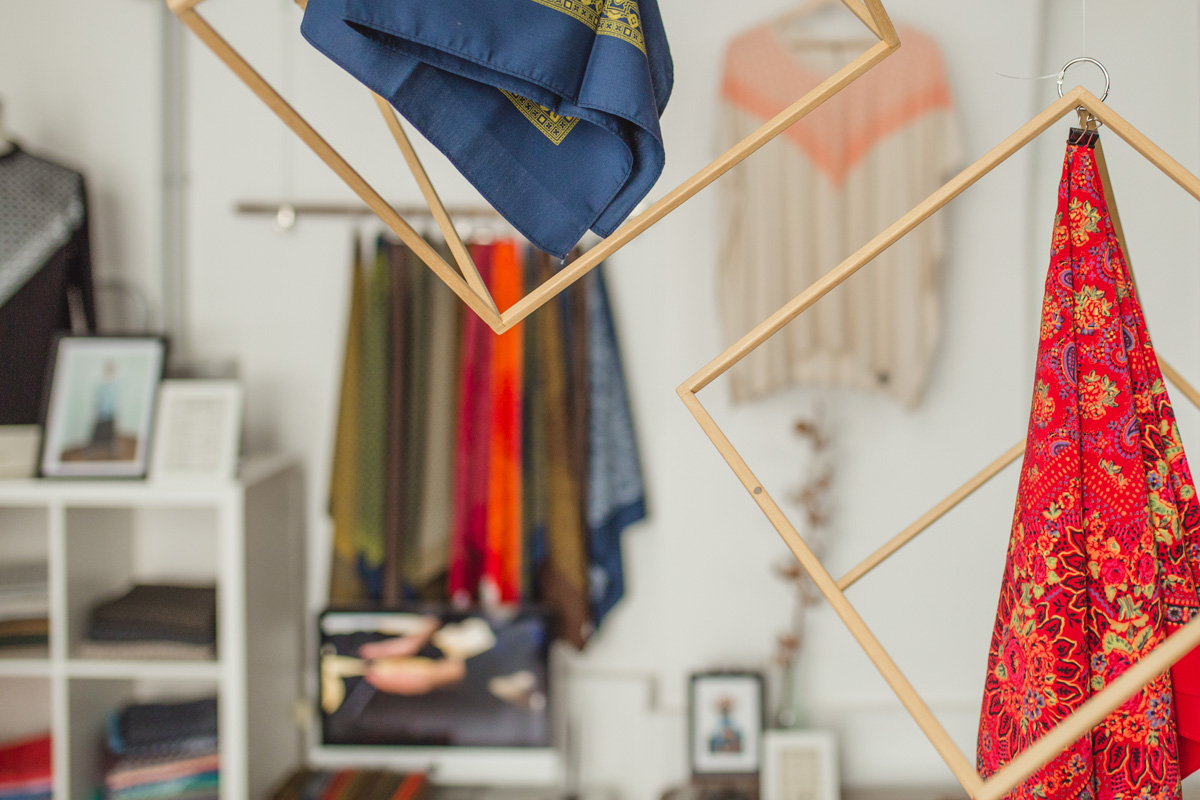 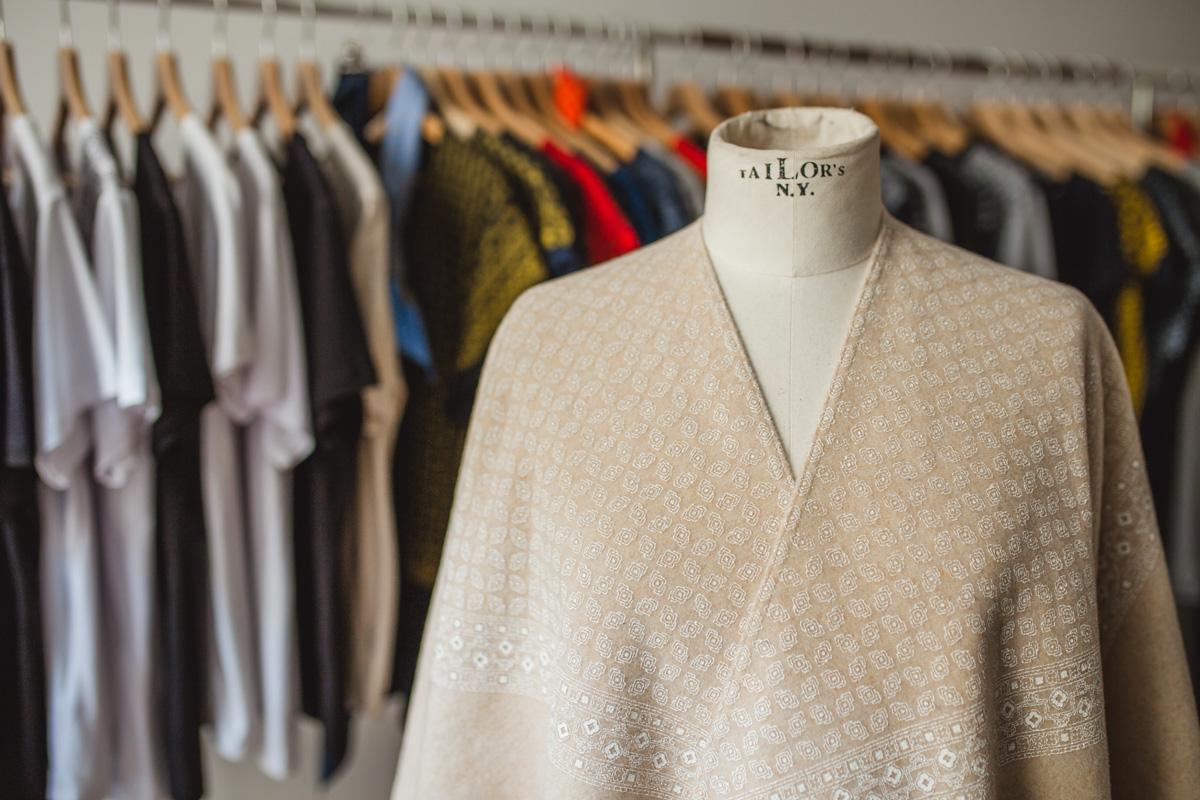 I think I missed something! Marco and Michele don’t just print scarfs, but they use their 30 year old silk screens (made in Como) to print on modern clothing made in Europe, mostly Italy and Croatia.

The Italian inks and the fabrics of the scarfs come from Como, always from the same family suppliers. The clothing is made in two small companies of Croatia, and once in Trieste they are printed by hand. 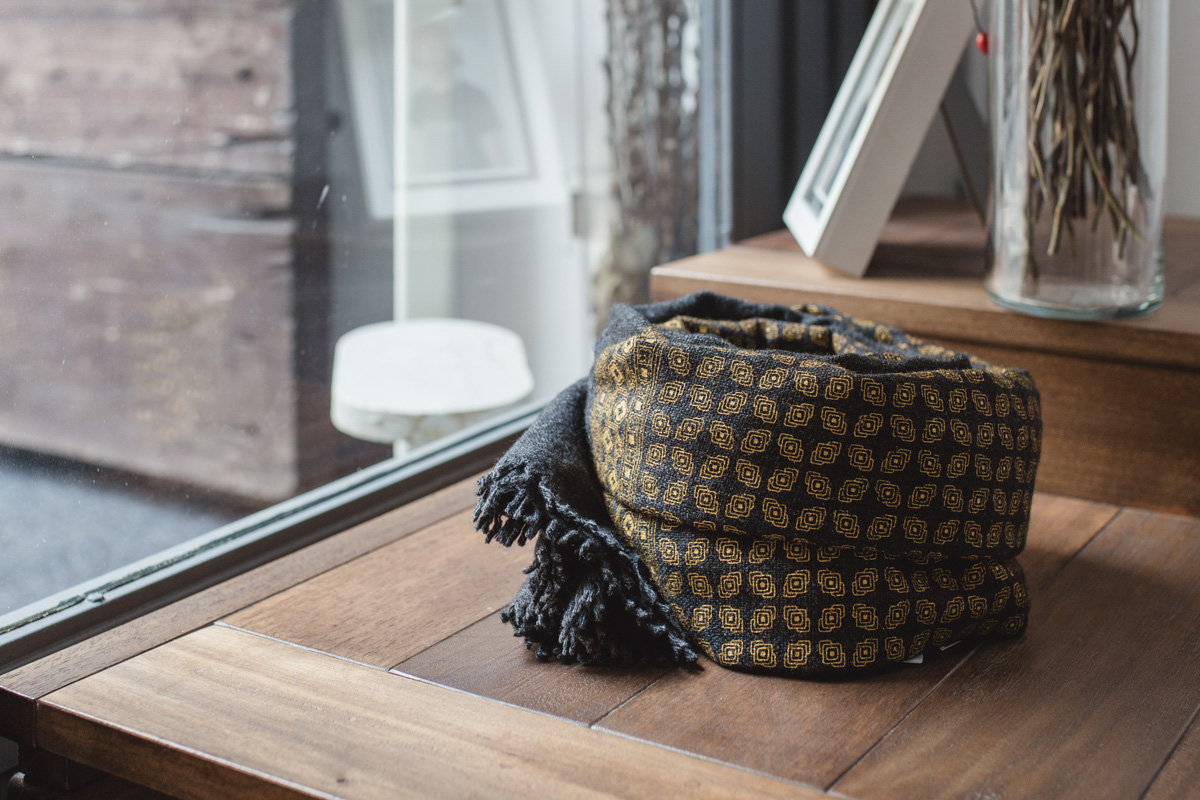 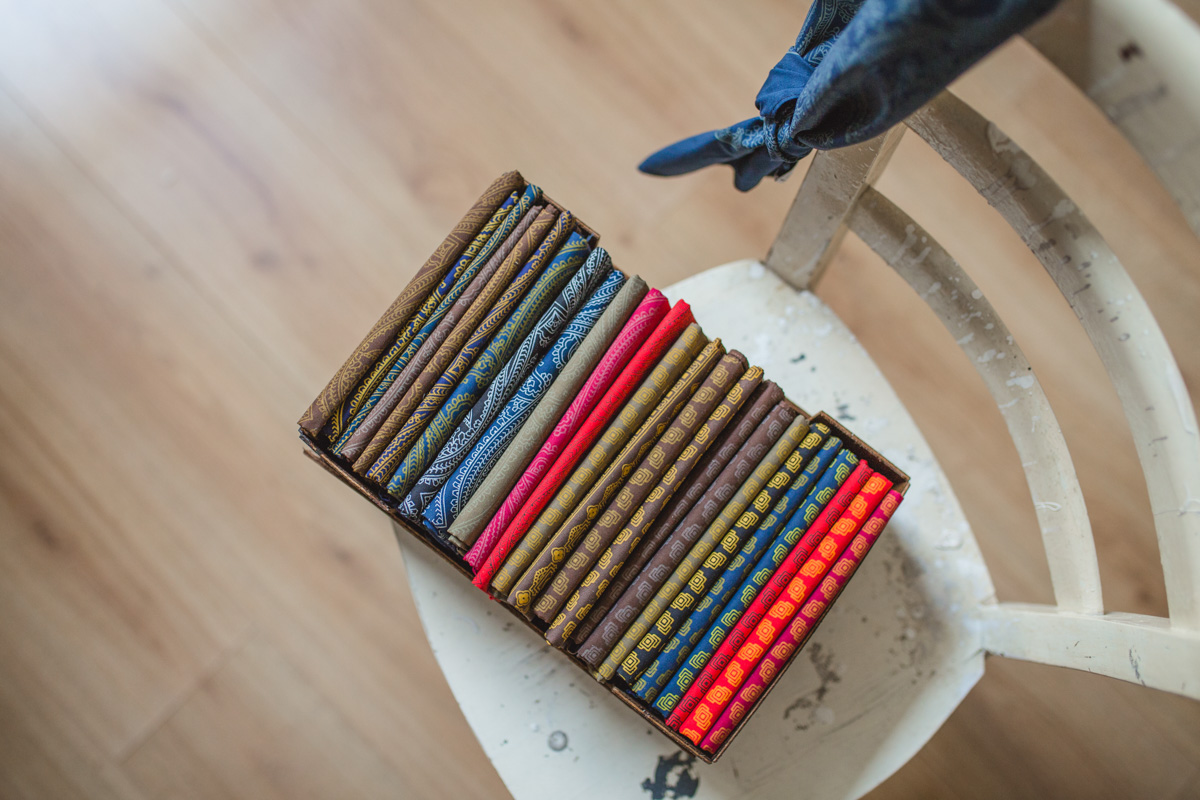 They remind me that their company is environmentally friendly because both ink and fabric are certified OEKO-TEX® 100, and the lab is supplied by a reusable water system, so they only use 100 liters of water (basically a shower) for the entire year’s production!

Production is in small batches, no more than 100 items at a time, and there’s a lot of attention to detail. The clothes can be seen in the workshop but also in the shop of their website. 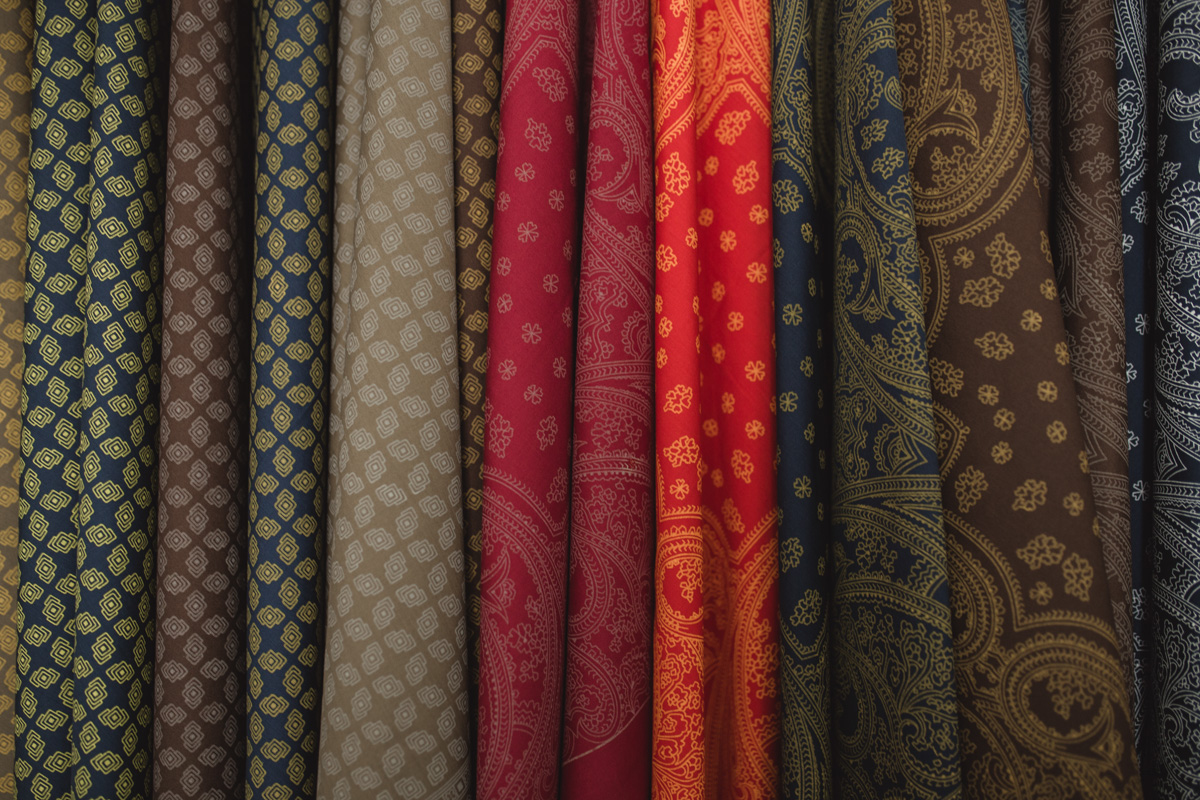 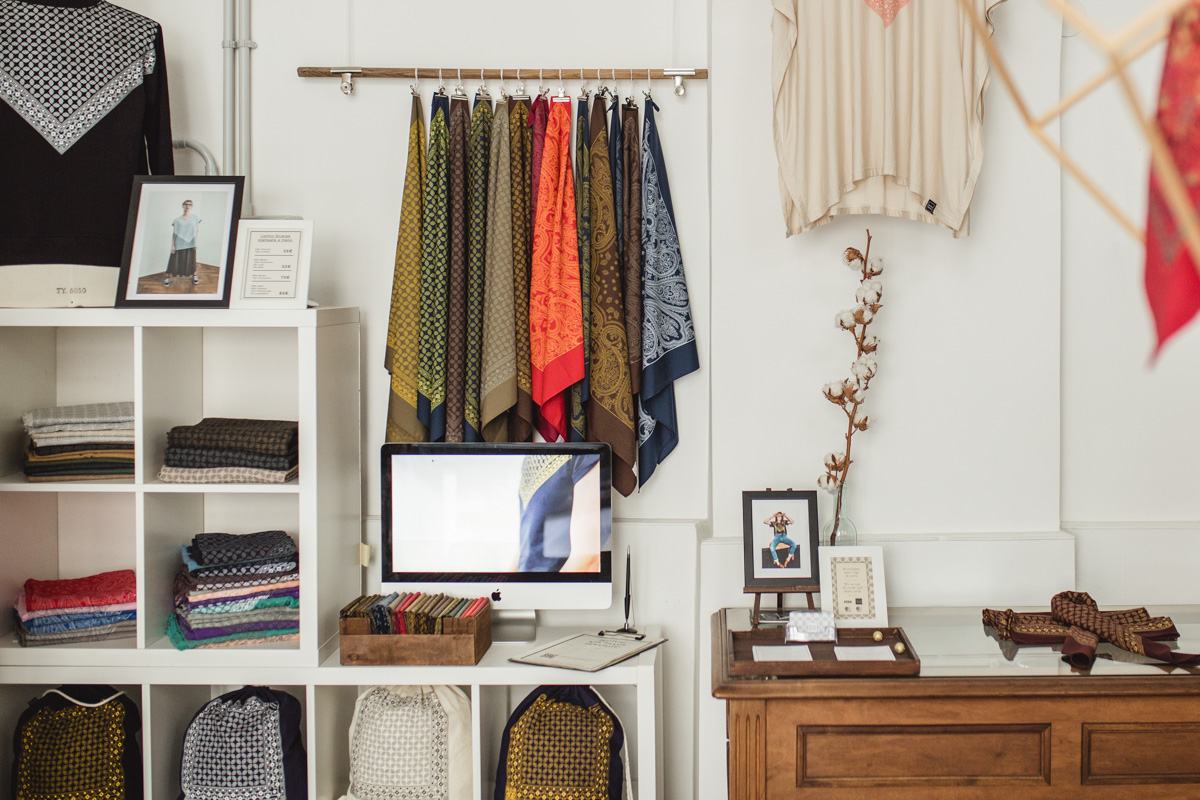 Dezen Dezen is design. Do you know what it means? In Zagabria and in the area of the ex Jugoslavia dezen means picture, design, pattern; it’s a modification of the French word dessin, which was imported to the Balkanic region by the Turks. 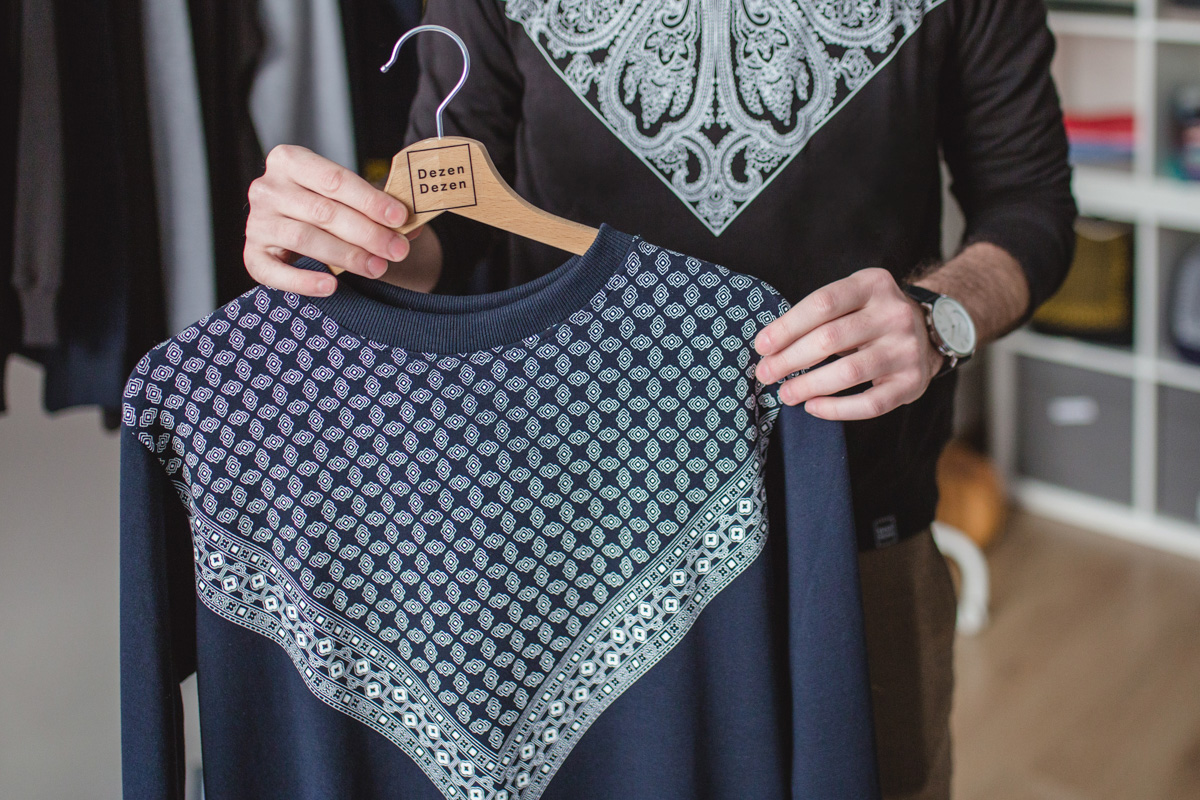 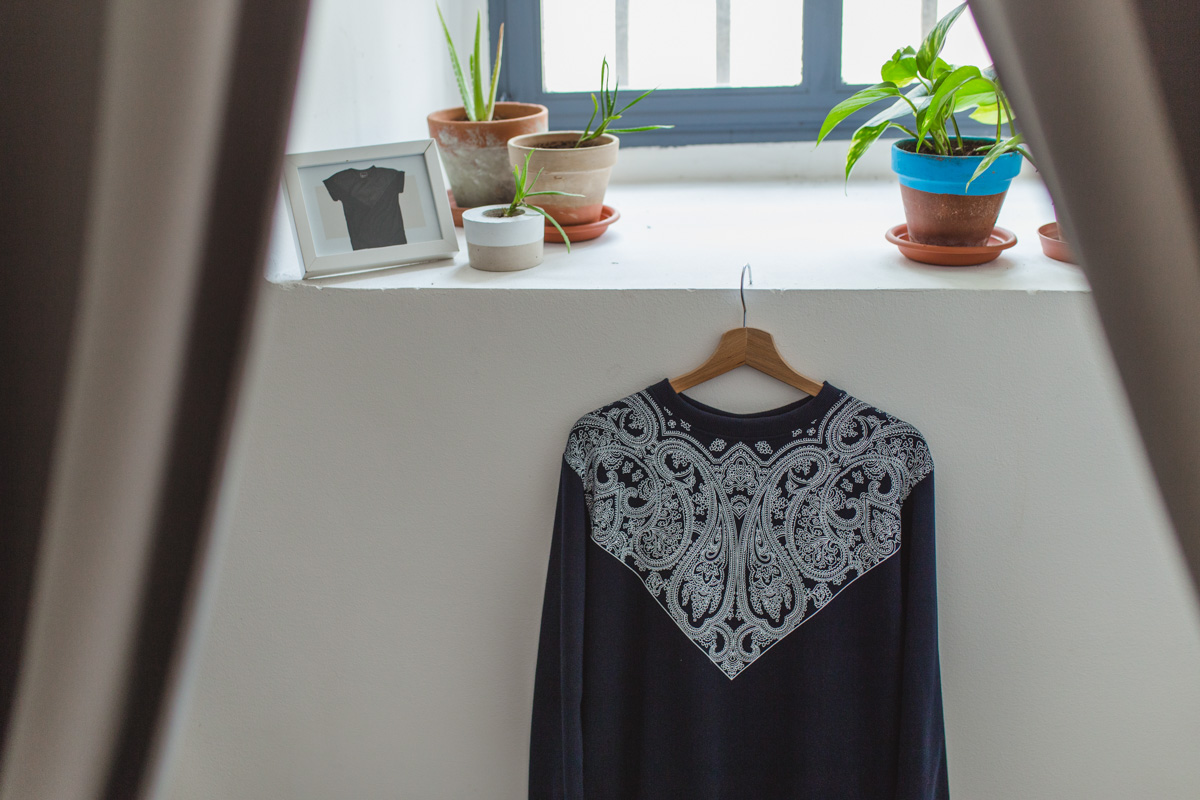 Once I was sure that we can actually talk about design (and of quality, because after I bought a shirt last year and used it and washed it a thousand times), I decided I had to tell you about this lovely story, filled with tradition, the will to start over, culture and a lot of passion.

What’s the saying? Behind every great man there’s always a great woman. In this case I should say that behind a great project there are always two magnificent people! 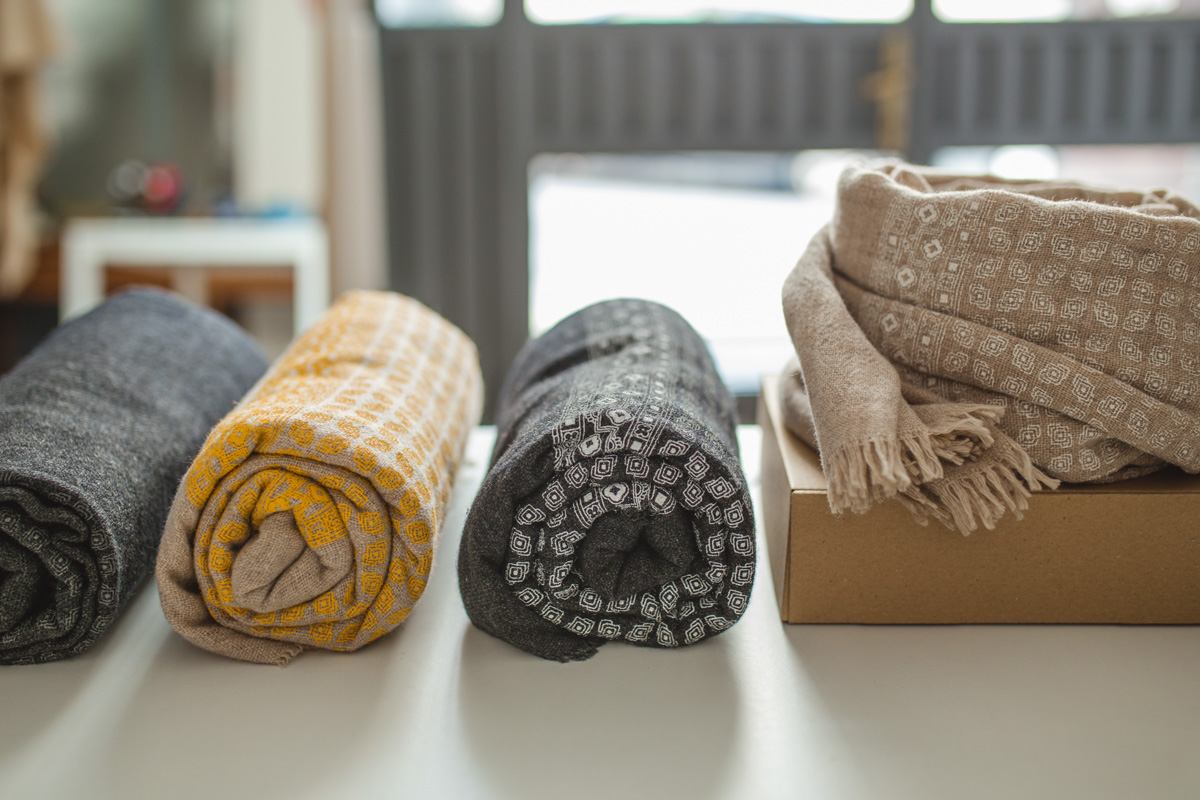 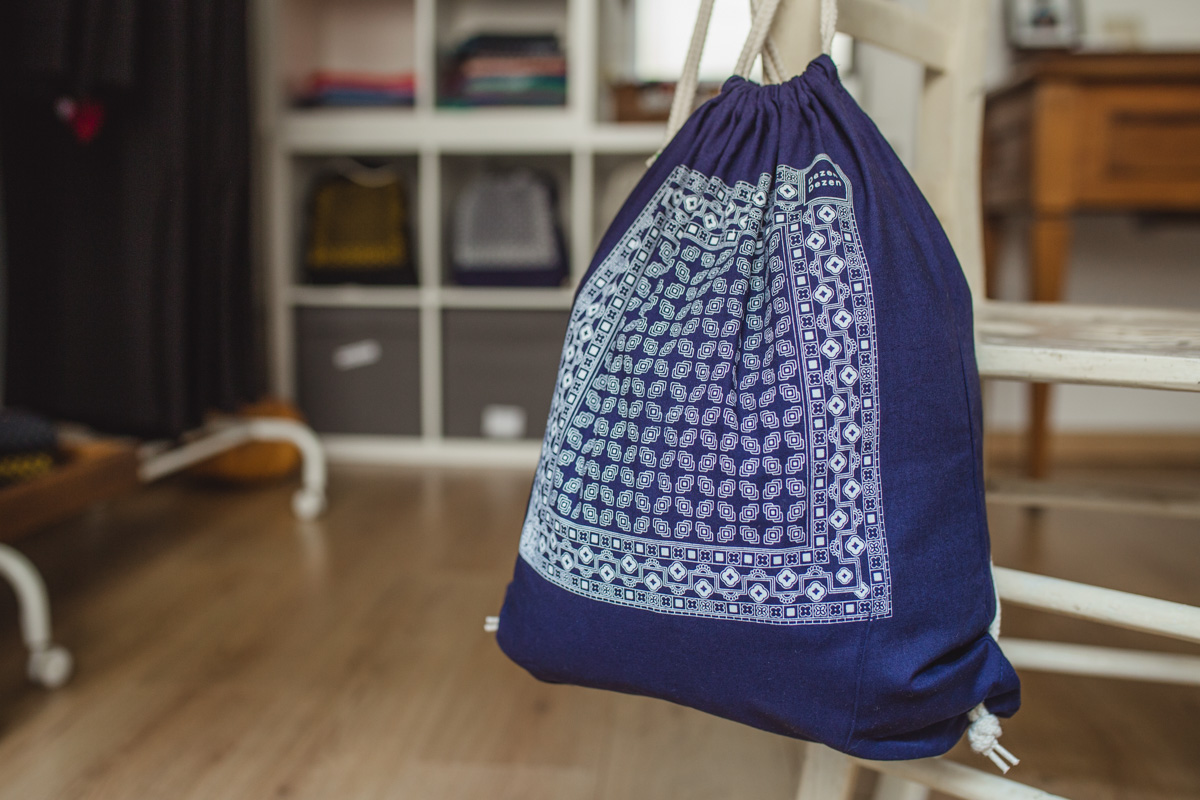 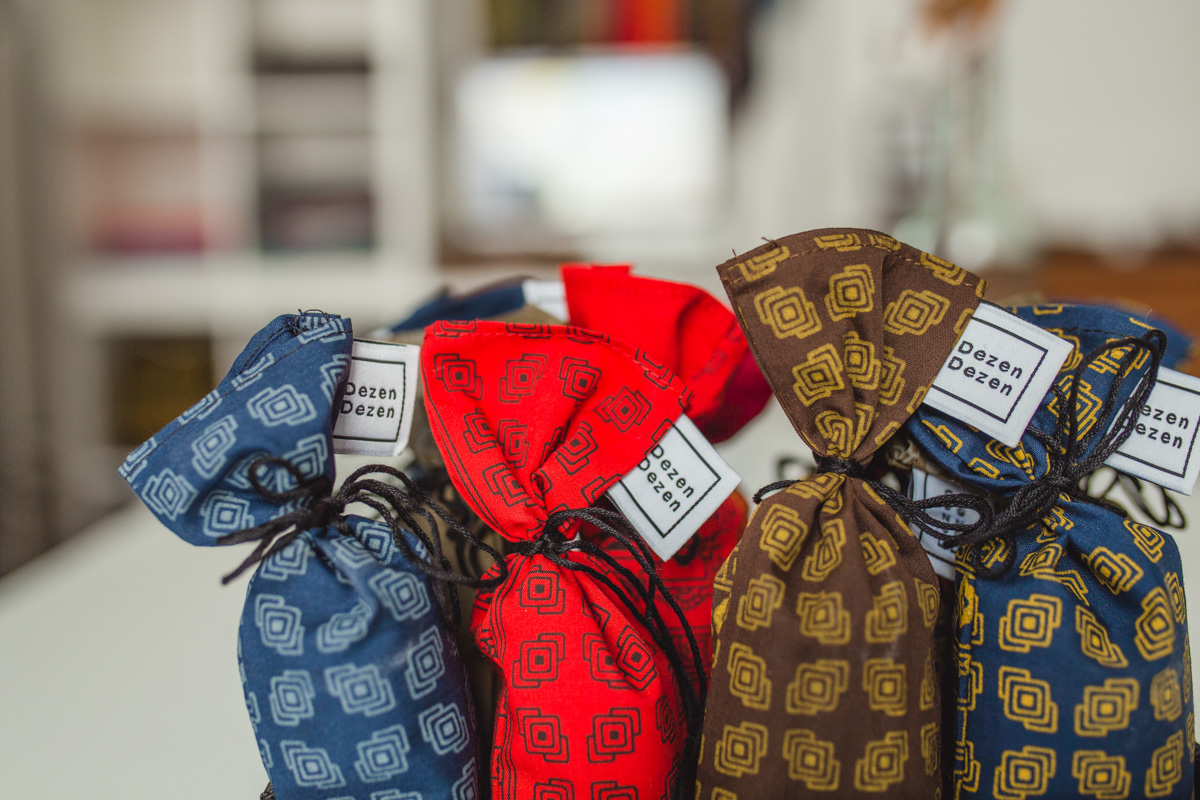 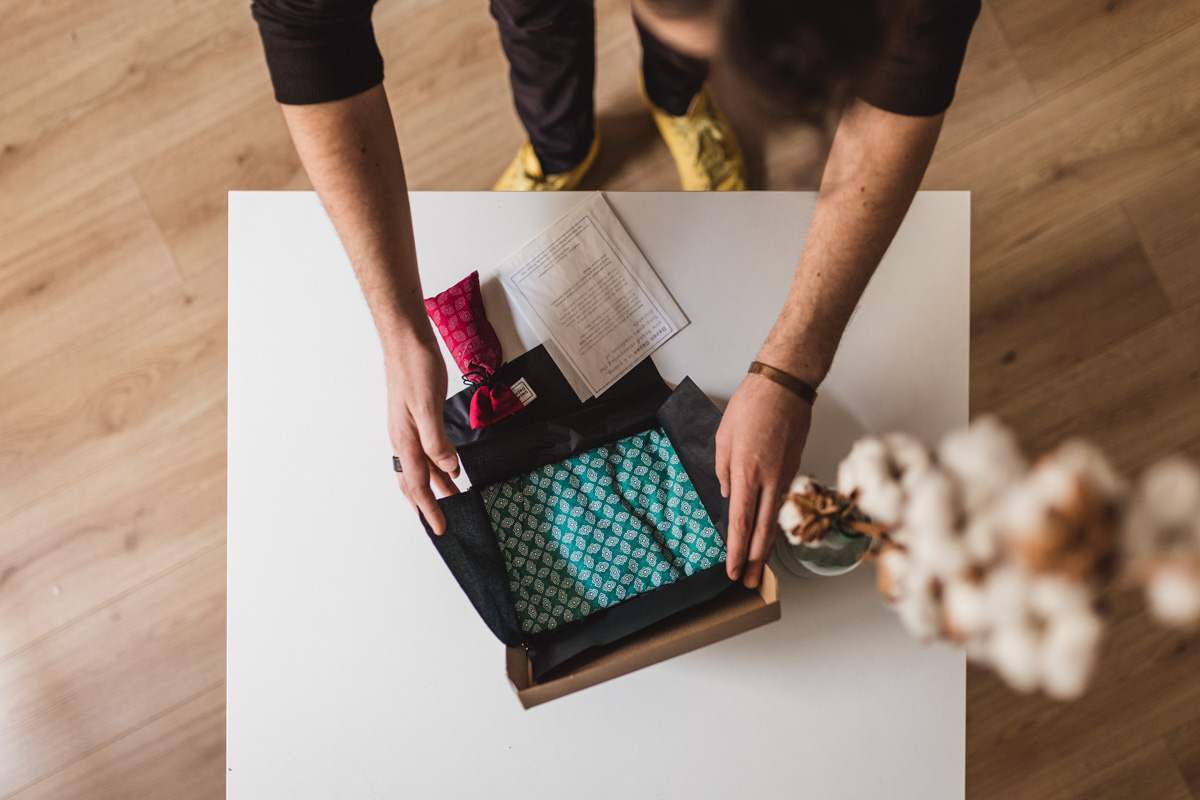 Paper Engineer: Annalisa Metus is one of a kind in Friuli Venezia Giulia